This was a really nice project to be involved in, especially (as you may see from the discussion below) the emphasis on melody in the compositions.

See below for track notes and general discussion on this project.

Sounds good to me! I have an idea for a different prompt, but it could be for a fall LCRP (if we think we can squeeze that in before holiday times, sounds doubtful to me) or I can save it for spring (probably a better idea).

How has this worked in past years? Any effort to make it appealing to those beyond a certain subset of religious beliefs? How do you navigate the copyright issues?

the prior MCXA discussion threads are archived on the old forum. that one ran immediately after, almost concurrent with, a fall MCRP.

i contributed an original song for that last mcxa:

while it’s possible to cover songs that are in the public domain, i like the idea of doing a christmas compilation filled with original compositions. make your own music this winter; no need for shared samples or remixes/covers.

This would be nice if folks were happy with that.

And I was gonna suggest “Solstice LCRP” but I suppose we can’t say which solstice, eh? 'Tis the season for a global community.

“December solstice”. Cover the bases. Do we have enough contributors to have a winter side and a summer side?

I guess we only need a minimum of two for that.

I’m willing to be on Dropbox duty again. Want to set a deadline for samples? How about a month from now, Monday October 23rd?

If this works for everyone, I’d like to ask that this time, please message me here on lines with a link to your samples. Helps me keep track of things if it’s all here (instead of spread between here and gmail).

So, what does this mean? What’s a “solstice” sample sound like?

So, I’ll go ahead and explain my idea for a prompt. I was going to give myself a little more time to make this clear but you’re putting me on the spot.

I’d like to see if we can explore more tonal/melodic/harmonic variety in LCRP. The last two releases have had excellent examples of creative use of rhythm and timbre. New Noise had a few tracks that made excellent use of @ioflow’s beautiful melodic piano riff. But largely, we seem to avoid melodic content even though every person submits a melodic sample.

I was talking about this with @ikjoyce and @bellyfullofstars in the @disquiet slack and @ikjoyce had the suggestion of exploring canons with a ground bass line. The ground bass provides a repeating loop element that a canon plays above.

Here’s an explanation of how it works in Pachelbel’s Canon: 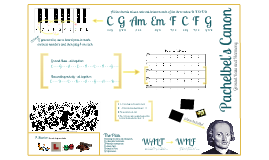 Looking at the famous bass line, the chord progression and descending melody line

So what I am curious about is whether it might work if one of us suggested a ground bass phrase that everyone explored via canon in their melodic samples?

Is this getting too “western music” or does this sound interesting to folks? Does it sound like an interesting challenge or a tedious chore? How’s it hitting you?

not as in favor of “solstice,” either. the winter/holiday season can mean many different things, not necessarily focused on solstice, though it is evocative.

given how far out of the comfort zone that melodic music may be to some participants, it may be better to not set any other rules than just “melodic.” we may hear some really surprising work without overly-specific forms to follow.

Ok, sounds good to me!

first thought was everyone using the same ground bass would start to get a bit dull after a few tracks but then i do like side two of discreet music- so maybe not.(4 takes on pachabels cannon) Perhaps some sort of menu of differnt bass sequesnces- or a calculator- which could be transposed to any key. This might keep the theme but add some variety.

Slightly irrelevant detour but nice use of the Pachabel bassline/ chord seq in this (from about 2.30 in):

I’m in for whatever this turns into. I love these compilations and the ideas so far are interesting!

I’m going to go with @ioflow’s advice and just say “let’s emphasize melody this time”. And say October 23 is the sample deadline. Huzzah!