from the Russian division

I have noticed that people seem to value the Russian-made models over the Polish. Is there a reason for this, beyond Vlad may have touched it?

I’ve been wondering the same thing. While I don’t know for sure, I think that the idea of “Soviet” synthesizers holds a special appeal for some people. Polish synth just doesn’t have the same ring to it.

How do you know which country it’s from if you get one second-hand?

Be ready to pay hefty extra for shipping and customs tax/VAT when ordering from Russian division. Learned that the hard way while ordering the Ether.

I don’t think I’ve ever had any instrument/pedal/plugin even that I’ve thought of equally as my favourite instrument and as the next thing I’d be selling to finance buying something else.

Ha! This sums up how I feel about it. I’ve only had it for a few months, but it’s been sitting in a case since my last gig in mid-October. It’s such a beautiful, weird, unpredictable instrument, and sounds lovely when played together with my piano, but it really feels like a luxury item among the rest of my setup.

I’m wondering how people are using the rear jacks for CV Voices, CV Delay, Hold Gate, and Ext In. What kinds of stuff is being connected?

CV voices: a bit limited in usefulness IMHO. Audio rate modulation doesn’t contribute a lot and it’s not any particular volt-pitch scheme, but a more freeform sequencer like the SQ-1 can work.

CV delay: simple LFOs or smooth random are good, since the Hyper LFO is a bit odd.

Hold: any gates work well. It interacts with the hold knobs, “fast” switches and touchplates. Nice for injecting some synchronized rhythm.

Ext in: lots of stuff works well here with the Lyra’s distortion and delay. I haven’t had as much success with feedback patching the Lyra itself, but I admit I didn’t spend long on it (maybe hard limiting would help). Drums sound pretty great through it, and I’ve mixed drones from my modular with playing the Lyra itself.

This may be a dumb question, but can you process both external audio and the internal synth voice through the effects at the same time?

I reknobbed mine as well: 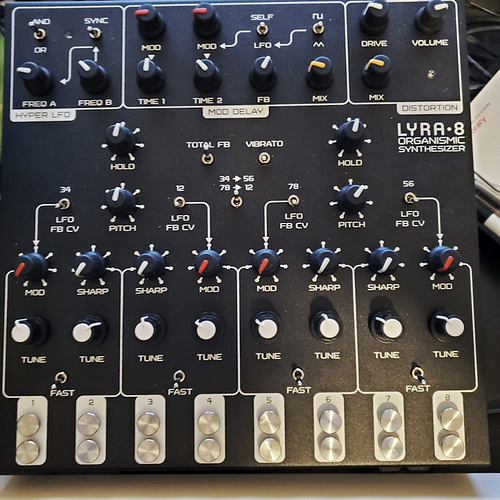 The tuning knobs are the style that was on the mod/sharp/pitch/hold pots – very similar to Mutable/Make Noise Rogan PT knobs. I didn’t care for the chicken head style knobs in the upper section either, so I replaced those all with Re’an P670 (Bugbrand style, I think) from Modular Addict.

(I was just out of town for a week, and despite having a cloth over it and a nearby air purifier with HEPA filter, I see it’s collected some dust. That isn’t too pleasing.)

(I was just out of town for a week, and despite having a cloth over it and a nearby air purifier with HEPA filter, I see it’s collected some dust. That isn’t too pleasing.)

I have the nylon bag. It’s designed as a slip case rather than a handy studio cover. I’ve just been lying it across the top, but I might “hack” it into the sort of cover I wanted.

Any demos on this yet? looks amazing!

Just got my Lyra a week ago and am really digging it. Such a deep and elusive instrument.

Question about the voice modulation: When I have the mod switch in the “LFO FB CV” position and have the MOD knob turned all the way down, I hear the LFO modulating the voice. When I turn up the MOD knob, I hear more, but I would expect to hear no modulation until I turn the knob up from zero. It’s the same with the Total FB on - the voice changes pitch even when MOD is at zero.

Is that normal or is mine an oddball?

Yep I can also confirm this is how mine works (and confused me at first).

I’ve found it makes a nice performance feature though (switch in the modulation set at minimum every now and then and throw a little chaos into the mix).

The Lyra is as beguiling to me as it is bewildering. And I love it all the more because of it

Yeah, that is normal. The attenuators purposefully don’t close completely.

Hello friends, I have a few questions for people who have a hardware Lyra-8. I have made in implementation in Reaktor and am working on the final tuning. It will never be identical to a real Lyra, but it was a fun exercise over the past several days and is a blast to play.

It gets square-like at the low end of the Tune knob, except for oscillators 7-8. 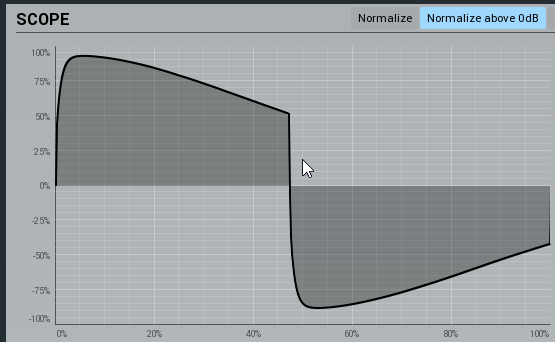 At about halfway up the Tune knob: 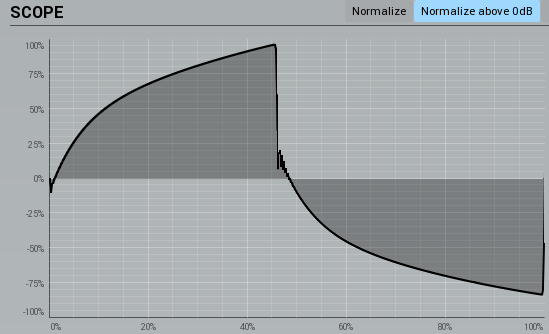 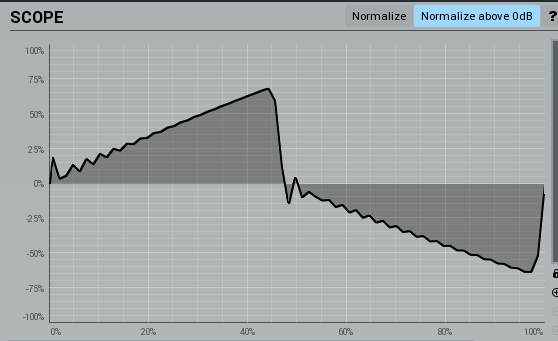 It loses a lot of stability past that point and flattens back toward triangle-hood (as if the sharp knob had been turned down).

I never even realized this until now. Typically the tune knobs are somewhere between 9 and 3 – the range for each knob is different for each pair of oscillators, so they don’t necessarily increase from left to right.

Interesting, thanks. The screenshots are helpful.

Regarding the Vibrato, one thing I did was change it from a switch to an attenuator. That way the amount of vibrato is variable, rather than fixed.

lyra 8 based album. Thanks to jbowman for his inspiration !