Sonic deviancy. An attempt at an ethic or at least a typology

Hi, do you participate in sonic deviancy? Or do you have opinions about people who do?

What does breaking norms mean to you? Why do you do it or why do others do it? Is it right? What kinds are there? Rebel without a cause, a sociopath, an artist of the everyday, or sonic warfare?

On rare occasions when I find myself in generic popular bar settings that offer access to internet-based jukeboxes, I have a bad (and admittedly very fun) habit of putting on (almost always very heavy, very long) songs that are wildly out of place for such a setting. Once I just played the same song like 5 times in a row. Examples:

With the heavier jams, it’s honestly because I love them and there are so few opportunities to hear such songs in a public place. With the Greenwood song, it was a shitty bar full of shitty people and it was intentional audio assault.

Busking could be deviant, depends on who you ask, who is affected. Preachers on the street. Maybe political activists leading chants. The neighborhood garage band you hear 5 blocks away.

Maybe if I can’t help but hear you, then it’s deviancy?

I don’t notice the train roaring through my small town, but the motorcycle without a muffler blasting through downtown causes people to react. I can’t help but hear both, but I don’t fault the train company for being loud. We celebrate the deviancy at motorcycle rallies. I guess when my expectations are breached I’ll label it deviancy?

Dopesmoker by Sleep. The politics of getting passed the aux cord

I once blasted the 2019 Pulse Demon remastered reissue at full volume in the front office at work to repel an entitled 40-something-year-old man-child of a coworker who had spent several minutes complaining at me just to hear himself complain. He left within the first few seconds of the album starting.

I’ve clapped on upbeat. It seemed clever at the time, my partner stared me down and it was really hard to stop what I had started.

I fantasize about terrorizing the city by playing classical music really loud on a boombox to annoy the boringly predictable “rebels” who simulate deviancy by playing identical trap. A double-ironic post-postmodern move on my part. Lame and pathetic – I admit it – but it’s my fantasy.

I’m a retired toilet seat and trash bin noise musician of the everyday (and sometimes spiteful jukebox selector). These days I get more than my fill of sonic deviancy by taking my mildly neurodivergent child anywhere in public. Lil dude is a riot.

On rare occasions when I find myself in generic popular bar settings that offer access to internet-based jukeboxes, I have a bad (and admittedly very fun) habit of putting on (almost always very heavy, very long) songs that are wildly out of place for such a setting. Once I just played the same song like 5 times in a row.

Years ago I worked as a line cook at rowdy bar on 6th Ave in Tacoma that had one of those. We kept an empty pitcher in the kitchen window for folks to tip the kitchen directly, and on the weekends it’d fill up pretty quick. I don’t remember how the tradition started, but on Saturday nights me and the other line cook started taking everything after $20 (enough for each of us to buy a back of smokes,) and spam Monster Mash with high priority as many times as we could afford. Chaos reigned supreme at that place.

Nowadays my sonic deviancy takes other forms when I’m feeling like being a little annoying would be fun and tolerable by those around me. Leaning in to sneezes (gotta keep the dad sneeze trope alive,) saying “huh?” really loud when I can’t hear people (have some hearing loss from one too many firefights overseas,) clucking like a chicken/making bird calls in the grocery store (a real treat when someone calls back.)

It’s fun to dabble in noise pollution now and then.

Sometimes people sit in front of my door, sometimes i turn the speakers to 11, open the door and put on a speedcore record on +8.

Living in the city is constant sonic warfare.

This is a great point. Adult sonic deviancy is often quite predictable. I was amazed when my son got his hands on my OP-1 the first time when he was three years old. Hardly any conventions respected nor countered.

My first job in Chicago was at an adult video store around 2001, and (for some reason) the clerks got to pick the music. I was always playing stuff like Coil’s Time Machines or Nurse with Wound, just trying to make it a little harder for our customers to focus on which edition of Black Street Hookers they were going to rent.

That said I can also remember one of the customers giving me a long list of Muslimgauze records to check out!

Off topic but I had local dealers, usually about 5 to 20 of em, sat on my doorstep and fighting in the doorway for a few years. Tried sonic warfare and a few other things but nothing worked. Eventually, I came up with the idea of attaching an extractor fan to the air vent just above the front door, and whenever they were on the doorstep, turn it on and spray Liquid Ass into it. The smell completely disappears in 20 minutes or so. I’ve never seen a group of people react so quickly, sprinting over the road in disgust.

I think they came back maybe 2 or 3 times after that, with me repeating this method every time.

My place no longer has people in my doorway

I fantasize about terrorizing the city by playing classical music really loud on a boombox to annoy the boringly predictable “rebels” who simulate deviancy by playing identical trap.

Years ago, I was passed by a redneck-looking pickup truck that was blasting “Orinoco Flow” at full volume.

Clapping on the upbeat in a concert

Not exactly the subject but maybe a bit : in France almost everybody claps on the 1 and 3 even when in a typical afterbeat music concert, from rock to whatever else. It is so cringy. It makes the music so unfunky, not groovy, I can’t take it anymore lol. I even remember a show once where the singer stoped and said “OK so we are going to do one thing : you all stop clapping and I continue singing, is that OK with you ?”.

Apart from the occasional loud dad sneeze in a nice big space, I have a habit of putting on some drone or noise on my iPad tucked away in my backpack when in public transport, confusing people when they can’t locate the sound source. More subtle than deviant maybe.

Don’t know for you all, but the forms of sonic deviancy that especially rub me wrong seem to have toxic masculinity as a common denominator. It’s the aural equivalent of a 100 foot wide manspread on a crowded subway. (Ok, there’s also the normalized deviance of the loud machines that pepper every corner of my city. Those rub me wrong too, but in a banality of noise pollution kind of way.)

Yep, the need to occupy as much space and attention as possible. It’s really annoying, but I think that’s kind of the point, it’s an obnoxious challenge to everyone else around them. There’s not really any winning against it, though.

I loved playing Microtub (a microtonal tuba trio) over the office speakers on days when constructions (loud drilling) weren’t going on in the building, just to keep things consistent: 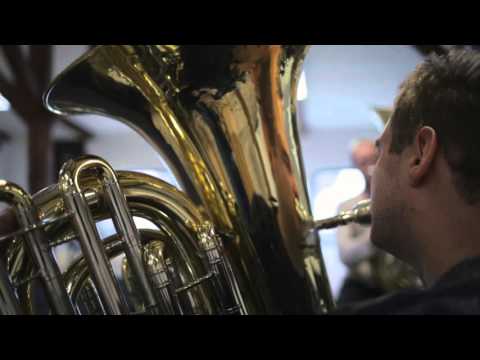 I don’t fault the train company for being loud.

I sure as hell do. Apparently there are ancient guidelines for decibels and tunings of train horns but being a stones throw (#justsaying) from unprotected crossings (horns required) I can say that these are NOT adhered to. So many horns are dirty, out of tune, way louder than others, way steeper onsets than others, etc… I fantasize all day about somehow directing it back in their faces or writing letters and collecting the sounds to PROVE their standards are not being practiced. It is fascinating how much more stress inducing one horn can be from another.

Also, not pointing fingers here, but singling out trap music playing on Bluetooth speakers has a slight whistle to it.

The next time you see one of these glorious beasts in a bathroom, I highly recommend cupping your hands underneath it with the side of your thumbs pressed together. 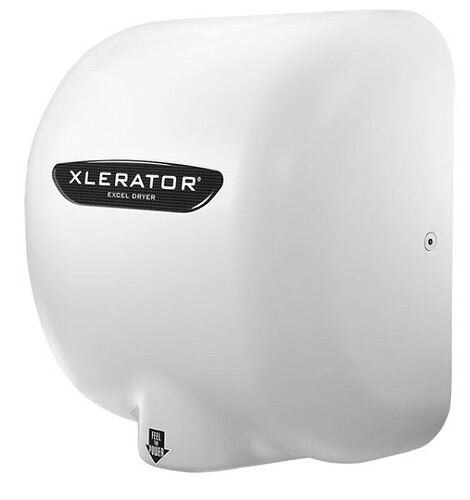 image567×603 65 KB
The air blows so intensely, it will vibrate the skin between your thumbs, like blowing through a slit in a blade of grass, or buzzing lips to play trumpet.

Different pressure between thumbs lets you pitch it, and changing the shape/size of the resonant cavity between your palms can shift tonality a bit.

I love playing super low pitched melodies. No one knows what the heck is going on and I look like I’m just drying my hands (which I am also doing).

It’s fun to do at interstate rest stops during roadtrips. You get a broad sampling of hapless travelers from different places to study. Does this count as touring?

It actually gets kinda loud. With a nicely resonant bathroom, you’re off to the races!