I’ve started making short videos that detail my application of synths as a sound designer. I work in videogames, but these videos focus more on little 2D games I make in my spare time. This one focuses on the Erica Synths Syntrx. I had this very arcadey retro 8-bit sounding thing and wanted to spice it up with something very contrasting, I think the results are pretty interesting. I’ll post more here as I make them if this is something folks here have interest in. 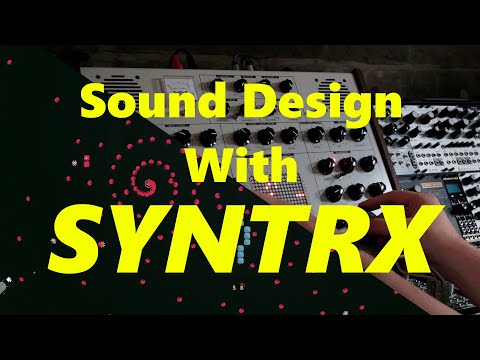 Some screenshots of the game project: 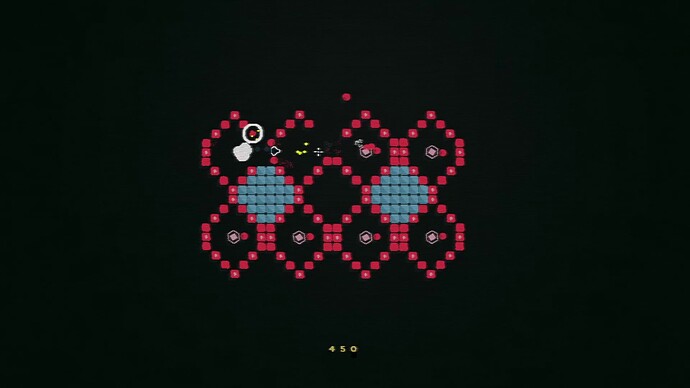 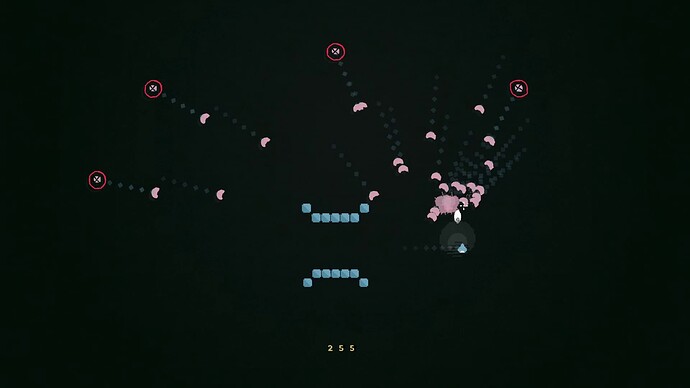 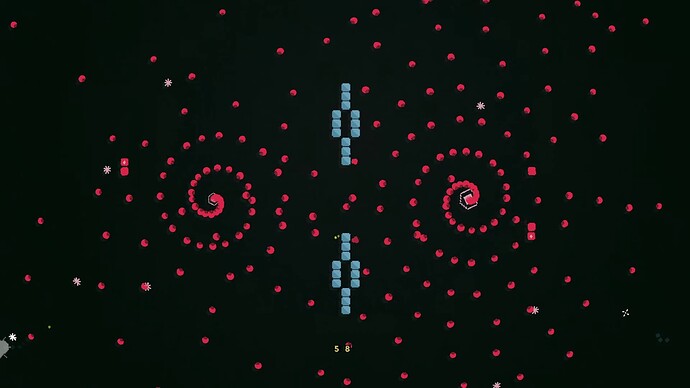 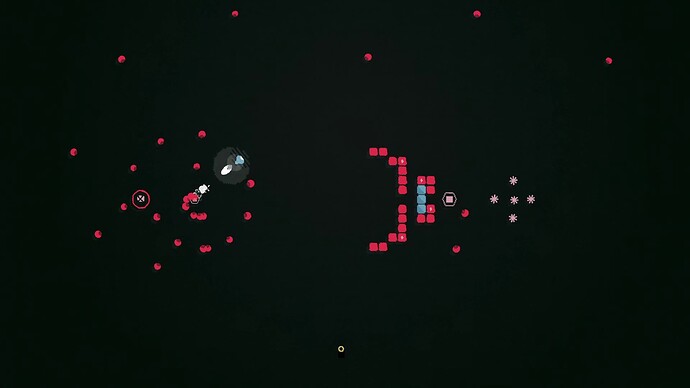 Slowly getting in the Game Audio industry myself so this is of interest. Thanks for sharing!

I’ll post more here as I make them if this is something folks here have interest in.

please do. this is very interesting to me

This looks like a fun format, looking forward to more videos!

The new sounds are GREAT. I can feel every shot and explosion. Looking forward to anything else you post.

I love the look of your Reaper setup, but don’t want to derail the thread. Would you kind if I PM you to ask about it?

Of course, no problem:)

Thanks for the video! Love the sounds you made for this. They are super crunchy! I also like the workflow of creating interesting palettes/textures instead of trying to target a game object/interaction directly. I’d like to try that in the future.

I’m a software dev who has recently been trying to learn game dev and sound design, so these videos are definitely of interest to me.

I may want to share some of my sfx design in this thread if that’s okay. (Sorry, I’m new here. Still learning the ropes)

That would be awesome, yeah please share! Glad the video was useful.

that was an awesome video to watch. thank you. please show us more. ive been dabbling with video game style atmosphere noises and ambient soundtrack type stuff and this gave me some ideas on how to better implement my samples into what ive been doing.

may i ask more about the game itself and maybe if and when it would be available for others to play? it looks like a way cooler version of geometry wars meets some kind of hotline miami in space type feel.

Thanks! The game itself is a sort-of-rogue-ish game where levels are randomised and you need to maintain a pool of gold coins to stay alive. The goal is simply to get to the end with as much gold as possible but each life costs 100 gold.

It’s a simple thing, I have a bunch of levels now so I need to figure out the meta and overal structure. Then build more secondary fire options and power-ups etc. Also need to figure out art as my random scribbles won’t cut it haha

The project I’m working on also started from a game jam. I absolutely love participating in these. The constraints of a time limit and a theme help me come up with new concepts that I would never think of otherwise, and the feedback from others has made me a better designer as well as helped me determine which projects are worth pursuing in more detail.

This game is an abstract puzzle game about molding splines into interesting shapes.

Here’s a snippet of the game so far: 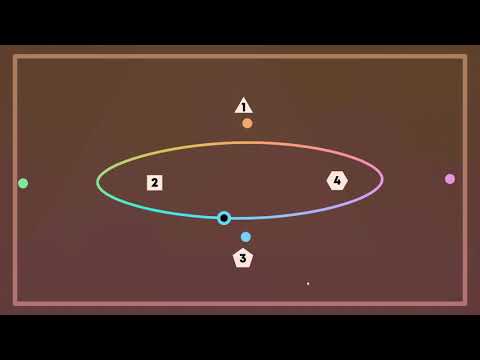 I am aiming for a calm and fluid (though nontrivial) gameplay experience, and I’d like the sound and visual design to evoke those vibes. I will say, however, that not much has changed to the sounds since the first iteration. So it may be that the sound design influenced the direction of the gameplay. It’s a thought that I find interesting.

The sounds for “target hit” and “control point selected/deselected” were the first things created. All these sounds were created with synth1 and doused in Acon Digital Reverb SOLO.

I kinda just followed my ear when choosing these sequences. I think I reduced potential cheesiness by:

For the “Target improperly hit” note, I landed on using Eb (perfect fourth above Bb). I experimented with using dissonances like the tritone, but these sounds clashed with the chill mood that I am going for. I’d like to encourage players to experiment and play around with modifying the spline. Having a dissonant tritone play when they make a mistake would discourage that. The perfect fourth seems like a good balance between consonance and dissonance for this interaction.

Because of the musical nature of the interactions, as well as the fact that the timing in which they are played is determined by the player (and not a tempo/grid), I’ve decided to experiment with free time for non-interactive (or non-direct) music. This has led me to learn about ambient/generative music.

The current iteration of the backing music follows the same formula as Brian Eno’s 2/1 from “Music for Airports”, with a different set of notes and interval lengths (learned about the method from this article). I play single notes in the key of Bb at different intervals. Through scripting, I can add more variance to when each note will be played. The sounds are Lounge Lizard → Valhalla Supermassive.

So this is the current pass of what I have so far. There are definitely some things I could play around with more:

I’m sure there is a lot more that I’m missing. I’d love to hear feedback and may update with more if that’s cool.

This is lovely! Very Eno-like it almost sounds like music for airports in places, like how you’re saying maybe the sounds informed how the game has been developed since the jam. This looks like a game I would play, especially on mobile. Keen to see more updates if you’re willing to share more in the future!

Think I’ll update this topic name to be more broad if I can, ‘Sound For Videogames’

glad I found this, looking forward to more videos. Did I hear some op1 type pitch tape stuff in there too?

Thanks for sharing these videos. Very inspiring!
I heard that Andy Farnell’s “Designing Sound” is a good starting point for general purposes. But does anyone know some good resources for video game sound design; like video tutorials, books, repos etc.? I’m mostly interested in how to create powerful, cinematic sound effects - like in modern sci-fi games and films and stuff like that.

This blog has quite a lot of insightful interviews and posts about games and film. Blog | A Sound Effect

Thank you! Yeah, the current backing music follows the same method as the track “2/1” with some minor tweaks. I also checked out Brian Eno’s interactive music apps for more influence, in particular Bloom.

The control scheme translates well to touchscreen, so mobile is definitely the primary platform I want to support. But getting it to sound nicely on phone speakers has been a bit of an annoying challenge.

Got another Syntrx video: 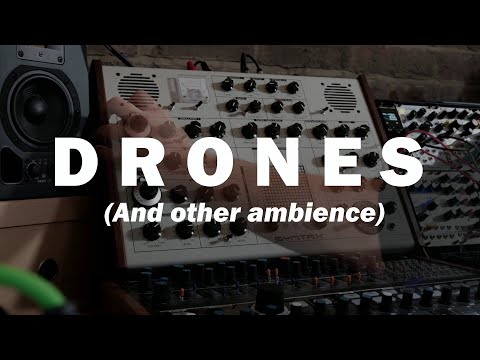 This time I’m tackling ambience sound design, creating these really evocative, dark and rich soundscapes for my game - which I think creates an interesting contrast against the arcadey style of the gameplay. It is a bit intense though!