Sparse synthesizer music, and a lofi soundtrack of Twenty Thousand Leagues Under the Seas 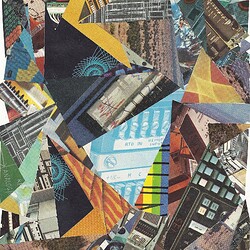 I Have two new releases that I want to share. The first is “Future is dessert”. An album of simple compositions and improvisations on my Lorre-Mill Keyed Mosstone. Coming from a guitar background I am interested in simply playing the instrument and trying to make complete tunes with only that. With that limitation in mind, I made some small attempts at overdubs on two of the tracks on this album to evolve slightly from the sound of my previous album in this project. I guess I can describe the music as sparse.
https://torxor.bandcamp.com/album/future-is-dessert 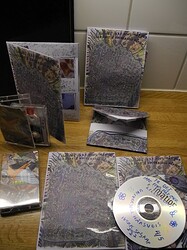 DSCN29801536×2048 270 KB
This album was made by me and my friend Universal Haircut. We where both rereading Twenty Thousand Leagues Under the Seas by Jules Verne and where inspired to put togheter a soundtrack of our reading, and imagining hiding from covid on a submarine. The album title in english should be something along this lines, “Until there is no hope left”.

The first track we made was quit droney and our second was an attempt to channal the spirit of early Tangerine Dream. And that was rounded out with a few tracks of different aquatic musical styles.
The results are quit lo-fi as that are our means of recording, and heavy on Casio sound, specifically Casiotone MT-68. The album also features guitar, and assosciated effect pedals, a little field-recording, Keyed Mosstone, Universal Haircuts diy electronic instruments, one eurorack filter, and some not good singing.
https://trollstol.bandcamp.com/album/til-det-ikke-fins-h-p-mer