Some friends of mine just launched this microcontroller-driven multi-purpose wavetable-based module called Via recently: https://starling.space/via

There’s one hardware platform and four faceplates with corresponding firmwares. So you can swap the faceplate out and flash the firmware and switch up between each of the four modules. (They made a desktop app that does the flashing etc to make this easy.)

They have all of these versions available as VCV rack implementations too, Omri Cohen has an in-depth overview of those here: 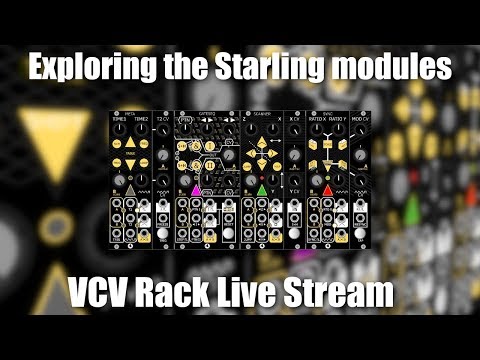 There’s a ton of docs here that go into depth: https://starling.space/via/diy

And of course the store where they are offering the module now: https://starling.space/shop

They’ve been working on this for almost 2 years and I’ve been happily watching the development while they got deeper and deeper – so deep they decided to split the damn thing into four parts… but there’s a lot of love here, and I don’t know how to even begin explaining really what’s available.

At the core there’s a 2d morphing wavetable osc with phase-locked tracking of analog inputs and a really well thought-out collection of wavetables… but yeah it does a lot of stuff. Disable looping on the osc and you have an impulse-triggered drum module… they have a library of esoteric scales which can be used to drive frequencies or rhythms… it’s neat!

This looks great, and all the diy content on the web site blows me away. Look forward to seeing some module demos for each mode.

Yeah I’m blown away too – every step of the DIY build has a youtube video, every aspect is totally open source from the schematics to the firmware… the docs are really nicely fleshed out… yay starling

every step of the DIY build has a youtube video, every aspect is totally open source from the schematics to the firmware

That is awesome, good on them.

this project looks awesome. Definitely gonna pick one up when I have the funds! And, I too am really excited about all the DIY content, it’s clear the creators are really passionate about this. I’m a sucker for a DIY module so it’s for sure going on the list.

I’ve just discovered that they offer the modules for VCV Rack too. Will sure try them!
https://starling.space/via/rack

I’ve seen these out in the wild lately and I just ordered a Meta kit. Has anyone grabbed one yet? Watching the videos, these seem waaaaay more involved than I realized at first, so I’m very excited to dig in. They seem like a good thing to stick in a small rack, sort of like an ornament and crime, in that they cover so much ground, and do things in a slightly unconventional way.

I’ve been beta testing for Starling for months, and I’ve recently had the opportunity to try all of the new faceplates. Meta alone is an incredibly deep module. Explained above by @dailybells it’s a kind of wavetable function generator. I’ve used it as a sound source, complex morphing envelope, and through easter egg mode a step sequencer. I like it particularly as a voice, it has a nice wavetable morph under voltage control, and can output a very unique trapezoidal waveform in a similar vein to mangrove. Patching two voices through A&B also has a intense ring mod/scanning waveshaping effect.

Sync is probably my second favourite in the lineup. It ads curiosity to to an existing voice. It can create harmonic chords, sub-octave basslines, and complex microtonal arps and sequences. It’s perhaps the most mysterious in it’s function, but simply speaking it’s a voice that “syncs” with an input oscillator and modulates itself accordingly. I use it to add a poly-feel or bassline to a single voice.

Gateseq is a euclidean sequencer with built in scanning and mixing. It can take two voice inputs that are output from internal vca/env with internally routed signals from the logic source. It has a number of interesting euclidean tables under voltage control. It’s feel is a bit similar to the Shakmat knights gallop for those familiar. I like being able to mix voices right in the Gateseq, removes a env and vca from my rack.

Scanner is a complex wavefolder/modulator. It can take two inputs from the A&B and modulate each other in a ring mod kind of wave but with a table of modulation you can scan through under voltage control. the wavetable function is 3 dimensional and satisfying complex. There is also a “one bit” surface output used for noise or bizarre gate signals.

I built mine from a partial kit. The DIY version is well documented. Starling has done an incredible job providing extremely detailed build instructions and patching examples. I highly recommend checking out this lineup, it’s excellent for small systems and provides a ton of options/features at a great price.

First time I hear of this brand, but after looking at the Sync module it feels like the kind of a module that I’ve always wanted in my rack. It’s great to see such a young company with a really well-thought module line already.

Here is a quick track I recorded using the Via Sync module. I built this patch off of the Modal Quantizer preset. Sync is providing the arpeggiated rhythms, and sub-octave sounds. The VCO/Noise, is slew from the WMD SSF Modbox which, is kind of underrated module. WMD SSF MMF for VCF, and the melody is created with Doboz TSNM which is also modulating the filter cut-off through pressure. Erica Pico DSP in delay mode for FX.

I picked up the Scanner at Knobcon. As an audio waveshaper it’s extremely versatile and sounds great – it can sound like a conventional wavefolder, or very wavetable-ish as one might expect, or extremely glitchy if you start self-patching logic outputs.

Some of the Via platform features seem better suited to the other modules, but have interesting implications anyway. There are two parallel bipolar VCAs (mixed) on the main output, so you can (for instance) use the digital signal to crossfade between two inputs, or do fun things with AM/RM. But unlike most waveshapers there’s no CV control over input gain, so you need an external VCA for maximum timbral modulation. Oh hey, my excuse to finally grab a Cold Mac

I’m going to have to dig in with O’Tool+ to better understand the various signals it derives from CV, but for audio, after a few minutes of fumbling around, it’s basically plug and play.

I love this approach of replicating existing hardware in VCV. It’s a great way for users to vet the modules and, frankly, a great marketing ploy to get those users accustom to their inclusion and longing for the real deal.

I was given a Koma Field Kit recently, an amazingly generous gift.

After playing with it for a while I really wanted to plug the CV into something.

So yeah a Via is on the way along with a midi-to-cv dealy.

This is my first dive into all this I’m pretty excited.

First baby steps with the Via!

Which Via is it? I’m finding the Scanner a lot of fun so far; mostly I’m using it as a wavefolder with a twist.

Oops, I didn’t mention that – yes, it’s the scanner!

I actually went with it because I enjoyed reading your blog posts about it recently.

Edit: the X/Y inputs to the Via in this case was the FM radio in the koma (so, mostly shapely noise) and the LFO in the koma tuned to audio rate. (Squarewave) One of the via outputs was driving the CV / trigger input to the DC motor and the rest was mixed in the koma mixer – a couple outs from the Via, and the contact mic.

I was talking with the Starling Labs guys tonight and I’m going to try feeding simpler signals into it as a source to get a feel for how it behaves as a waveshaper. Seriously just mashing buttons so far.

A few months old, but damn I’m really impressed by the new faceplates OSC3 & SYNC3, META is one of my favorite modules… Going to have to pick up another kit… some of those timbres are amazing… 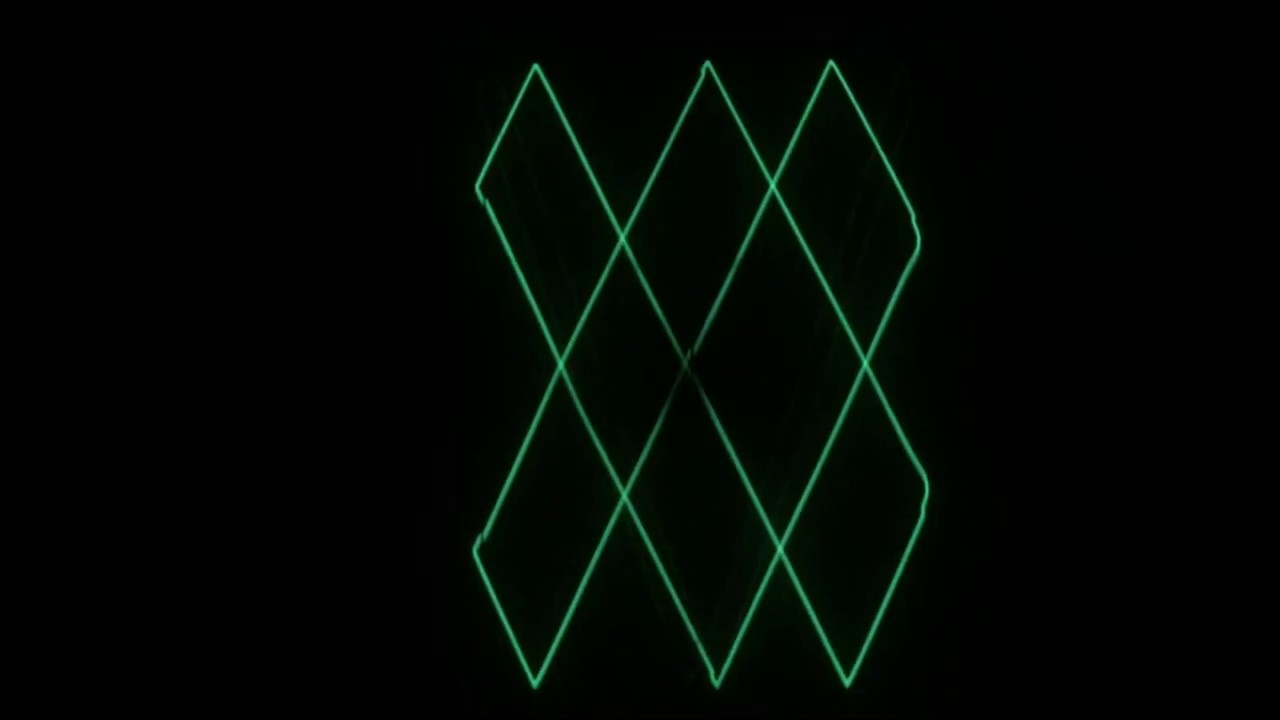 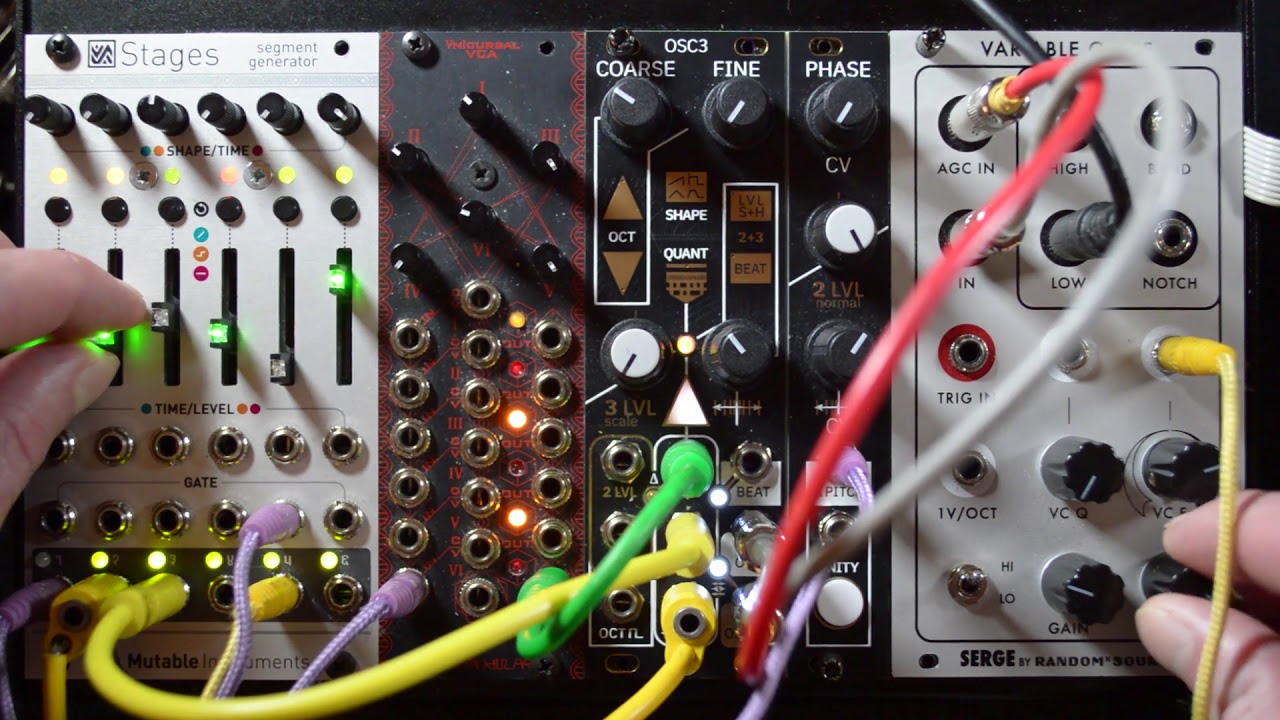 I wound up switching from Scanner to Sync3 a while back. It’s pretty reliable about following pitch normally, but having it sync to the E352 in Cloud mode can be really entertaining

Via is kind of a weird system; I don’t think the different firmware/panel versions are an entirely comfortable fit with the hardware platform with its output VCA mixing, but the results can definitely be interesting and make one think a bit differently.

I just got a sync and scanner (big ups to mr grant richter) - I just think this is the cleverest setup, I knew nothing of the long development time, the documentation is absolutely spot on
I’m going to order the osc3 (based on the living vco’s) and the sync3 because that is the module that initially caught my attention

Anyone else using theirs and which faceplates are you loving?