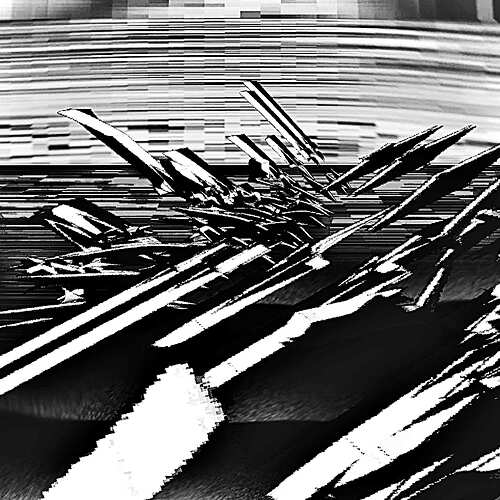 The Human Interference Task Force was a team of engineers, anthropologists, nuclear physicists, behavioral scientists and others convened on behalf of the U.S. Department of Energy and Bechtel Corp. to find a way to reduce the likelihood of future humans unintentionally intruding on radioactive waste isolation systems. Specifically, the task force was to research the use of long-time warning messages to prevent future access to the planned, but stalled, deep geological nuclear repository project of Yucca Mountain.

I’m not used to software that was born in Unix-land being so hard to install on Mac OS.

did you get it working? i’ll DM you a download code for effort

Forgive my… skepticism? paranoia?.. My day job is in IT support so when I see the name Stuxnet I just want to fire up all the antivirus blockers I can get my paws on! So I think I’ll pass on installing any unknown software, thanks all the same!

That said, your projects are always endlessly fascinating to me, and I’m really digging the Bandcamp demos - the backstory kinda grabs my attention, too - so I’ll look forward to the official release in due course, and in the meantime wish you all the best with the project!

this is exactly what i hope to explore with this project. i’m sure i’m preaching to the choir but we’ve opened pandora’s box with tech. think about all the superstitions and folklore surrounding it all. just the other day i helped some elders setup SSL certs for their sites and it really opened my eyes to how asymmetric this all has become.

your projects are always endlessly fascinating to me

lol, I see the word asymmetric and I reach for my… William Gibson quotes!

I don’t even like using the word terrorism. It’s not an accurate descriptor of what’s going on.

What do you think is going on?

Asymmetric warfare, when you’ve got a little guy and a big guy.
(source)

The asymmetry, in asymmetrical warfare, is that the little guy can only really damage the big guy by getting him angry enough to self-injure
(source)

Asymmetrical warfare, when it works, induces something very like autoimmune disease, in the larger opponent. Own defenses damage self.
(source)

Interesting point about opening Pandora’s box with tech - Not sure we’ll know for sure until there’s a fully global digital network - and of course, the kicker is that by then, it may be too late. But I think there’ve been as many good things to come from it as bad. That said, my own current fixation is on the potential burden that Bitcoin mining is looking to put on an already overburdened - and dangerously near collapse - climate and biosphere…

But I won’t derail this thread by going any further down that particular rabbit hole - I’m pretty sure there are already threads on it elsewhere on lines!

the only reason i haven’t deleted my twitter account is because william gibson retweeted me, once. https://twitter.com/tyleretters/status/899087127643901955

it may be too late

pretty sure it already is too late. i completely agree about crypto. ya know how no one really knows who Satoshi Nakamoto - Wikipedia is? i had sci fi story i was working on where crypto was actually a weapon created by AI to accelerate the destruction of humanity. yeah then we rabbit hole into Accelerationism - Wikipedia …

this project is a rabbit hole.

william gibson retweeted me, once

I remember that! I was like, YESSS!
…then I discovered this place…!

I’m really intrigued by your projects too. Just recently I found your UTC Podcast, not through this forum but through some different Internet back-alleys… I haven’t listened to much of it yet but I really liked the whole idea and form.
Your forum post feels like the proper form of the release here, more than the Bandcamp site where there is only the Music. Here you have Music to research to as a multimedial whole.

I can only try to imagine what kind of impact 9/11 must have had on americans in your age. I’m from Germany and was 8 Years old on that day but I remember where I was when I heard what happened and it definetly changed my view of the world.

the STUXNET project doubles as an educational vector. for this release, if you have the patience to learn the new internet protocol called gemini , you’re rewarded with free download codes

I didn’t research very deeply now, but I haven’t got my head around what the use of this, or other new protocols is.
In your release here it makes a lot of sense to me as an outside of the contemporary Internet which feels a bit more like I Imagine the very early Internet was. With associations of the dreams of a better future whcih were connected to it. Quite like the melancholia for an imaginary future Mark Fisher describes.
Actually, maybe that’s enough usefulness already, as it might facilitate a community of people who think about these things and might try to work on that.

Do you have any favorite Gemini sites you’d recommend to explore?

your constant creative energy is humbling

I’ve listened through a couple of times now while reading and really enjoy the release as a whole. There is movement in mood, but the vibe is cohesive. Really great work and thanks for the engaging emails.

plateau is probably my fave track, but legit enjoy the whole thing.

your constant creative energy is humbling

thanks man. you’re constant curiosity and positivity is humbling to me. i can’t wait until we can meet irl.

plateau is probably my fave track, but legit enjoy the whole thing.

thank you so much for listening and engaging. this is the most unpolished thing i’ve ever put out but there’s something really liberating about it being a “demo”.

I managed to get a code myself, but man, the gemini project has some comms issues. But it’s definitely intriguing… how would you feel if I gave some hints in this thread?

EDIT oh nevermind, you did. Anyways I’ve had the most success so far, quantitatively speaking, with Elaho. But Lagrange also seems very good.

This is great! I too like exploring the realms of information security, state secrets and music. There’s a long history of software bugs that did things like invert a F-16 when the autopilot flew it across the equator.

Thanks for the download code. The Gemini example client in Go was easy to install. All I had to do was clone the repo and go build in the directory. It’s cool that Gopher is an inspiration for a new generation.

this is a superb listen. i’ll second the excellent cohesiveness. i love the rhythms in here and i love how much space there is in some of the songs. my instant favorites are “plateau” and “fcore” because i’m drawn to those tight rhythms. but all the songs are great, the sounds seem very deliberate, i.e. its a good mix to my ears and there is enough room for each sound to shine in its own way. looking forward to the “proper release”!

this look super interesting to me! i will give gemini a shot tomorrow, and after the demo

There’s a long history of software bugs that did things like invert a F-16 when the autopilot flew it across the equator.

whatttttttt. i need to research this. was it an error or malicious?

but all the songs are great, the sounds seem very deliberate, i.e. its a good mix to my ears and there is enough room for each sound to shine in its own way.

thank you so much dr. digits. i regard your opinion very highly. i can’t tell you how much i relish mixing with only my ears is. none of this was in a daw.

i will give gemini a shot tomorrow, and after the demo

let me know how it goes!

going live in a few minutes to continue working on the proper release. just learned how to actually “sample juggle” on the octatrack

whatttttttt. i need to research this. was it an error or malicious?

Just a bug in simulation, though there were some real ones that damaged real aircraft. A german professor has an extensive list of software bugs, some with darker consequences than others.

…so if you ask to drop a bomb, the computer will figure out whether to drop a port or starboard bomb in order to keep the load even. One of the early problems with that was the fact that you could flip the plane over and the computer would gladly let you drop a bomb or fuel tank. It would drop, dent the wing, and then roll off.

this whole project is fascinating + the sounds you’re finding from these machines are super compelling.

want to hear more about this starship troopers nightmare, tho.