yes! morphing is awesome! I just added it in and its working great.

Hi. I have a fates. I must be something wrong. I installed Supertonic, Rebooted and now I am on the first screen. I get no sound at all. I can input steps manually or using the random feature but still no sound. Should I get an external midi clock to make it work ? Sorry for the noob question…

A few quick things to check: is your engine level (eng) turned up on the mixer page? How about your output levels? Have you pressed key2 to start playback? (Sorry if these sound like dumb questions, just best to check the easy boxes first)

note: this change is a breaking change unfortunately and your old PSET saves will not work with this version. if you have a cool PSET that you want to retain in this version, lmk and I can likely make it work pretty easily - basically should just have to make all the “1X”,“2X”, etc. into “11X”, “21X”, etc. because now there is a “patch” number associated with them. (@mlogger esp, lmk if I can help transition your awesome preset sounds).

known bug: there is a known bug when switching between the main screen and the parameters menu where the menu doesn’t update to show the current instrument. so if you goto the parameters menu right after the main screen, make sure change instrument and select the one you want to make sure the menu is up-to-date. there is already a fix for this, but it will need to wait until the next norns update!

You think that a sequencer with randomization of values of supertonic voices per step/parameter locks would be possible in terms of CPU usage?

yeah! I think that is not too bad to do cpu-wise. parameter locks would be cool, its something that’s on my mind. fx are basically easily possible through parameter switches, which is a draw for me… i.e. you can get a “reverse” fx by just swapping the attack and decay envelopes. you can get cool flangey sounds just by adding a lfo to the pitch/noise filter. and so on.

I got a “failed to fetch http://raspbian.raspberrypi.org/raspbian/pool/main/s/sqlite3/sqlite3_3.16.2-5+deb9u1_armhf.deb 404 Not Found” when running the os.execute command.
I had to run “sudo apt-get update”. Then it worked.

Thanks for an another amazing script.

Had a short jam last night with this. It sounds really good @infinitedigits, awesome work!

I had to run “sudo apt-get update”. Then it worked.

thanks! that would be good to add in

oh I totally forogt about this! tried it out and it works (after patching the patch loader)…but the patch in the patternarium sometimes is not in the right order (supertonic assumes ‘kick’,‘snare’,‘hi-hat’,‘open-hat’,‘clap’, in that order). if you can open it in a text file and rearrange it then it will better align. (also the patternerium patches might not sound identical, but that is a deficiency in my port, I would like to know if this happens so it can be made better).

on a totally different note - as a fun aside, I tried using my own white noise source. basically changed these lines to:

and then plug in a FM radio (on the wrong station) into the norns input. here’s a snippet (radio is turn up around 6 second mark):

Wow, thanks for the quick patternarium fix! I hadn’t tried the patches yet, just audited some and downloaded them to try later.

A tiny suggestion if I may. I think it would be a nice touch to have certain steps in the sequencer to be more visible. Usually I would vouche for 5, 9, 13, 17… i.e. to demarcate quarter notes. It could be easily done visually like this for unpopulated steps:

rather than the current situation that is

Just an idea, though.

the sound sculpting on this engine is so deep and varied, and with the presets it’s kind of incredible the range of just five sounds. also holding K3 and using the encoders to draw beats is so fun.

small request: would there be an easy way to just wipe a pattern??

Earlier brainstorming about the unused RasPI output jack as a stable sound of drone at DIY: norns shield - #1728 by xmacex. Thanks this is fun.

Thanks, @infinitedigits. I’m thinking of the major possibilites that you port brings to Norns. Microtonic is one of my favorite drum engines.

About the FX, yes: I remember an interview with Magnus Lidström where he explained those solutions for effects in the PO-32. Indeed, I use those modulations a lot in the PO (like morphing one of the default hi hats to have a noisey swooooosh crazy fx that sounds like an analog filter, a delay, a dub siren and a flanger!). Amazing! Thanks a lot.

I don’t know much about Microtonic, but maybe it was this interview? 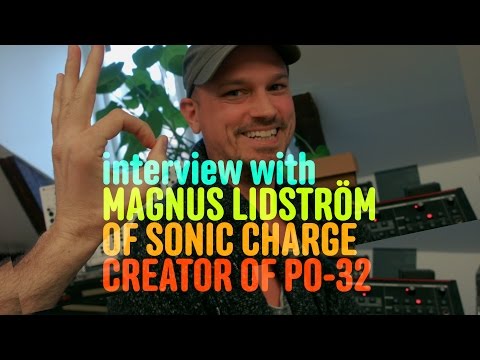 Yes, exactly this one! To be honest, I do remember reading about it and not watching, but it was in the context of Cuckoo interview. Very interesting insights of CPU usage and squeezing the most from the PO chip.

I think this is the best there is right now

what!? that is so brilliant!!!

but maybe it was this interview?

thanks for sharing that! really interesting - I had no idea the po-32 was so tricky to port, sounds like an inspiring development process.

yeah I like this, its something I need personally. will try out some ideas for it - including yours, which I like! thanks

I’m thinking of the major possibilites that you port brings to Norns. Microtonic is one of my favorite drum engines.

me too! also looking forward to some possibilities

Hi, Yeah, all levels OK and engine is running but absolutely no sound. All my other instruments work with no issue. I just did the last update and it didn’t change a thing.

Rad. Thank you!! Old school VST user here, I go way back to KVR in 2004, this is great, Micro Tonic was a favorite of mine, it lives on today through my PO-32, awesome work.

hey @infinitedigits this is a really amazing script! thank you so much! i am a big fan of microtonic, and drum synthesizers in general. a norns drum synth is a dream come true!

i have some questions/ideas! i was wondering about the possibility of perhaps a separate script that would be focused solely on synthesis, but will accept incoming midi so sequencing can be handled by external gear. something like a “drum brain” for an electronic drumset, if you will. it would be cool if each voice could be assigned a midi note, making it easy to trigger from a midi controller/sequencer. i feel like it shouldn’t be too terribly difficult to “repackage” the supertonic engine you created for this, but i don’t have the coding experience necessary.

even if nothin happens, thanks again for this lovely script! i play drums and i’m v excited to see how i can integrate this into a very loud rock band