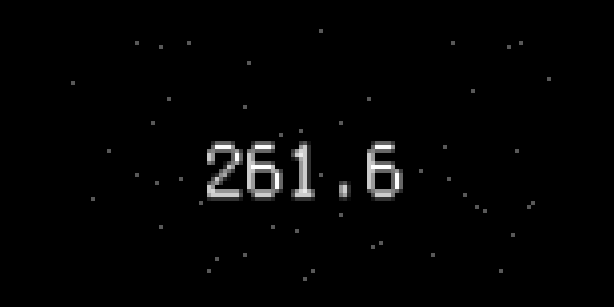 This is an experimental norns script. So what’s the experiment? Using Pure Data (Pd) rather than SuperCollider as engine; a proof-of-concept using OSC to communicate from Lua to OSC to a headless Pd which is started on demand (haha not quite see below). 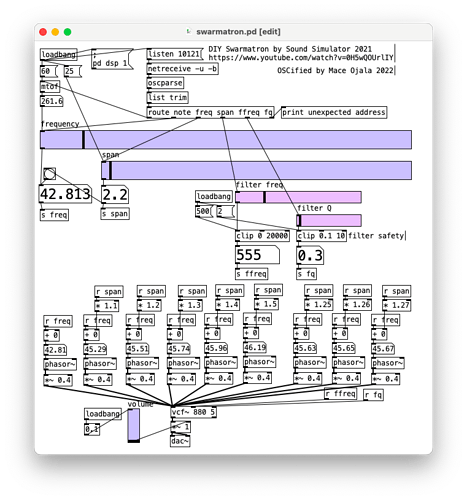 The Pd patch swarmatron.pd works the same if you open it in normal desktop Pd. You can control this too with OSC.

Pd is a required install for this to work. It does not come with norns, but can be installed with sudo apt install puredata. Swarmatron also sometimes leaves norns in a confused state, hanging on script load. This has to do with state management of running Pd processes, and maybe it freaks out Jack it if’s killed – I’m not sure. Rebooting norns always helps. I hope you enjoy it… and norns hacking in general 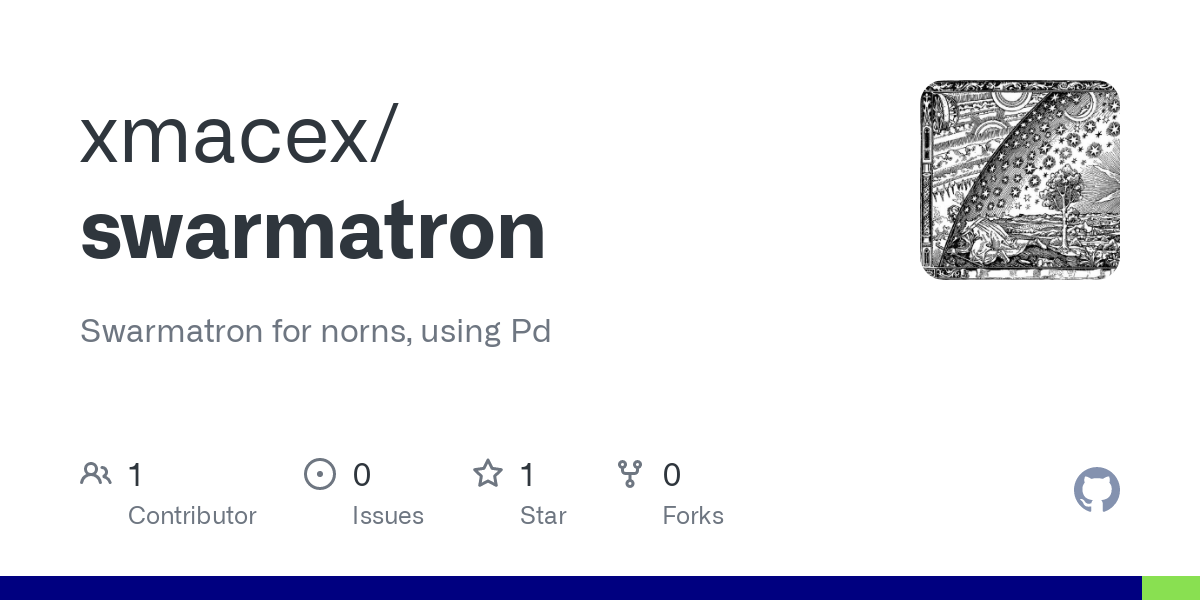 Swarmatron for norns, using Pd. Contribute to xmacex/swarmatron development by creating an account on GitHub.

Thanks for this. I instantly wanted to adapt this for the organelle but then I saw that there is already the Swarmamelle.

I am adamant that is musically/sonically more interesting than this one – this is kind of a “technical” proof-of-concept of using an alternative sound engine… although if you like to feel like your home has been infested by droning wasps during the holiday season, this also works for that

Edit: I added a demo to the above post so you can get a full and comprehensive idea of the sonic and creative potential of this script!

Since I have been getting a little bit into field recording augmented listening recently, so the demoₗₐₜᵢₒₙ was recorded in a small reverberant room with a Zoom H2n from two Swarmatrons running on norns and Pd on computer, first using shitty NTS-1 speaker and the latter using laptop speakers not any less shitty.

Very cool script as a proof of concept for running Puredata - I got it working fine. I did have to do a sudo apt-get update first as i got a few missing files when i installed Puredata.

What would be the process - files to change / rename for running other pd scripts?

Thanks for your interest @mlogger and @aeoner. Yes Pd runs fine on norns. The norns script needs to be built for it, and interface with the norns system. This script is one way to do so by connecting the onscreen UI, encoders and norns params to Pd via OSC messages.

I am not familiar how to “deploy” Pd scripts and it’s “package management” so I cannot (yet) comment exactly which files would need to be in which directories, but I definitely think Automationism or any other Pd contraption would run. Pd works well on GNU/Linux, which is what norns is =}

[Todo for myself: I should edit the top post to include explanation of the basic elements of this setup, and re-express it in alternative way than in code.]