For Christmas, I got a book about the (pre)history of Danish electronic music covering the period from the first theremin concerts here in 1928 until 1980. It’s called “Pionerer & outsidere” (“Pioneers & Outsiders” if you were wondering) by Jonas Olesen and it’s in Danish but I highly recommend it if you can read that. It’s pretty great, because as the title suggests it doesn’t just cover the high-brow academic side but also lesser-known composers and sound artists.

It also has a section devoted to what was apparently called “tape amateurs”. I wasn’t really aware of this at all, but it turns out that when reel-to-reels first came out, people got into them as hobbies, and there were these clubs of regular people doing everything from straight-up band recording, to montages and technical experiments, to all-out avant garde pieces clearly clued into what was going on at universities. There were so many of these clubs in the 1960’s that they even formed a national association, which is quite impressive I’d say for a country that was just about to break the 5m people mark. Another thing it points out is that many of these were kids, 15, 16 years old.

On youtube, I found this delightful compilation of band recordings from Silkeborg (biggish old town in farm country, maybe 50km from the Bang & Olufsen main office and factory). It sounds very 60’s, and the uploader has added a lot of pictures that I think are from club meetings, which look /extremely/ 60’s. The saxophone tone on the final cut is a quite lovely mush, I think. 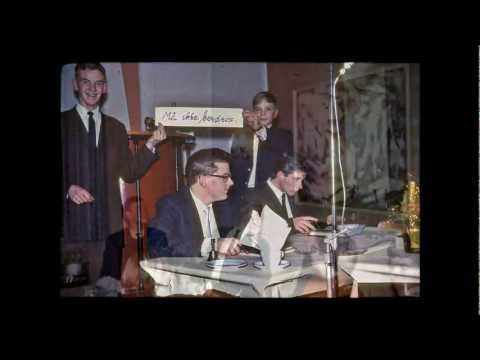 The Institute for Danish Sound Archaeology, of which author Jonas Olesen is a founder, made a compilation of more original recordings a few years ago, which is available on Youtube here:

The book makes it sound like the phenomenon died out with the introduction of cassettes, and I suppose maybe for the formally organized club side that might be true. But there’s such an obvious kinship between this stuff and us, and it’s hard not to be drawn in by stories of people making sine waves with feedback (tone generators are expensive!), and anyone who’s wrung any sort of composition out of a mono tape deck and a splicing block is a hero to me. I also think it’s interesting that there was once an apparently unbroken continuum between people recording instrumental bands in the village hall and experimentalists trying to see how far they could push this new technology.

There are a few references to international competitions and such in the book, but overall it’s only focused on Denmark. Do any of you know how this played out in your countries?

This is a great article about consumer reel to reel in the Netherlands: http://soundsouvenirs.org/docs/Bijsterveld.pdf

Wish the books was available in English, I can barely read Danish, but hej, worth the hassle. I’ll look into it! Thanks for the amazing tip.