Any opinions on most repairable cassette 4-track? Portastudios seem to be most popular so I assume parts are more available but I could be wrong. I’m fairly technical so I’m ok with getting something that requires maintenance but am looking to avoid buying something that breaks and then parts not being available.

Apparently I wrote this about a year ago. A month turned into a year.
Though this is in the vein of self-promo, I will release said project next month:

I wrote this in the thread about the crunch and fuzz on the track:

In short: wonky supercollider FFT mangling and fuzzy outboard gear. The crunch and fuzz on the whole album is mostly a product of two units; the Dynacord Echocord Super 76 tape delay/spring reverb, which has an extremely fuzzy preamp section. It can destroy everything. And the other unit is a Korg SDD1200 dual digidelay, which also has a pretty fuzzy preamp, but mostly used for its hold function. So most granular-like sequences on the album is the delay being fed trigger signals from Pure Data.…

So, the Dynacord Echocord Super 76 tape delay/spring tank combo is still getting a lot of use in my projects. Still very fond of it, but the colour is so dominant that I try to tone the use down these days to not fuzz out everything I record. Which is difficult since it’s so lovely.

My beloved Marantz has started doing the dreaded “play a second then stop” behavior. I’m assuming it’s an issue with the belt, I haven’t taken It apart yet….

So, before doing a dive myself, what are folks favorite online suppliers of replacement cassette recorder parts, or do they even exist?

Any opinions on most repairable cassette 4-track?

I’ve bought/fixed/sold over a dozen mf-p01/porta02/porta03/414s this year, i haven’t come across one yet that’s defeated me, mostly belt changes, reflowing loose power sockets, and the one 414 that needed a capacitor row change. They’re fairly simple to fix, maintain, clean, and calibrate.
244 is a beast of a machine, really nice, managed to rescue it, but if anything goes wrong it’s more of a project, and the parts are more expensive. I have a Porta Two that i haven’t looked at yet (but looks so cool). Porta 07s have this gunky coating that is horrible, and if it’s dirty is kinda impossible to clean, unless you fully get rid of the rubbery gunk, and then you lose all the markings.

424s have more things that can go wrong, with the electronic transport controls and overall more complexity. Yamaha designs are kind of a pain, and the MT120 transports are a crapshoot, had more like 50/50 luck with those and an MT4X that i was too lazy to troubleshoot. The MT50 was a nice simple one, though.

Fostex have a reputation of being flimsy, but i haven’t tried any.

Different case entirely but I’m fairly sure I had this problem with a Fostex X-26 and after cleaning the really dirty pinch roller, capstan and heads it worked perfectly.

Then it sat unused for a while and next time I came to use it, It didn’t work. I had already bought a bag of assorted length belts from Ebay and so took it apart. When replacing the belts I noticed a voltage regulator which had super dry looking gunk around it. So i removed the screw holding it in place cleaned it with Isopropyl alcohol and applied new thermal grease. Works and sounds better than ever now 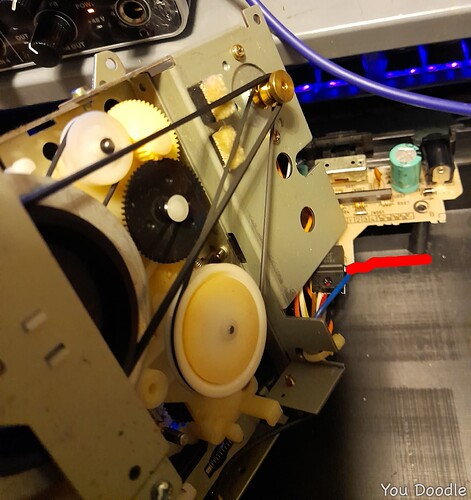 From what I’ve read/heard the fostex machines are pretty prone to failure. But maybe it’s just an urban legend.

From experience, problems with these machines are mostly with the belts and the heads. Belts are pretty easy to replace in most cases, and should be replaced if you are buying a used machine. Heads just need a good cleaning. Lots of machines are dumped by people who think it’s not working when it really just needs a little, or a lot, of cleaning. Same goes for pots and faders and any button contacts. After all that I would search for pinch roller replacements. That is a rubber part that can use an update from time to time.

But if the opportunity is there I would grab a second machine to use for parts.

bought a bag of assorted length belts from Ebay

I was looking at some of these the other day when pondering my malfunctioning Walkman and wondering if there’s any particular way to determine the best eBay (or other) seller for buying these bands.

To be honest I think they are probably imported from sellers on Aliexpress. I ordered from a UK seller to save time waiting. Replaced belt on a panasonic walkman and later did the Fostex x-26 with them. I still have these left so it’s quite a bundle. I can pm you the seller if you like. The ones I got are all square belts. No idea if the v style ones are out there or available. 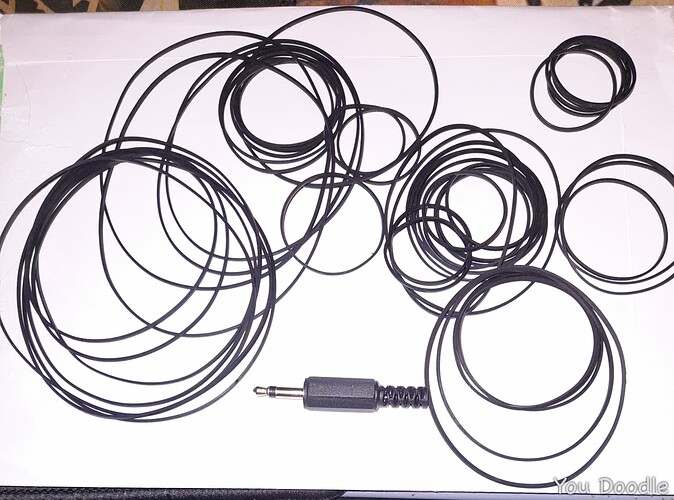 For some reason the Marantz PMD decks develop this issue with the auto-stop function. If you shoot me a DM I can explain how to disable it (involves desoldering/cutting a wire and desoldering one side of a diode).

thanks for sharing this! was able to easily cut the trace on my pmd221 and add a 1k potentiometer to get real slow speeds. sounds amazing. using an external s/r for now but excited to get it all under the hood soon.

maybe you beautiful people can help me with a Tascam Portastudio 424 MKIII question (or point me in the right direction). It functions great except for some scratches and cutting out on a couple of the tracks when I move the sliders. It could be cleaning? But it seems pretty clean in there. Probably something needs to be re-soldered but I wouldn’t know how to go about it. I could send it in for a repair but would expect such service costs dearly. Any tips? Ideas?

I recently acquired a Fostex X-28H, supposedly recently serviced, I hope so. Less scary to attempt to use than the reel to reel

Just waiting on some tapes to arrive in the post. Never thought I’d say that again.

It functions great except for some scratches and cutting out on a couple of the tracks when I move the sliders. It could be cleaning?

Contact cleaner / deoxit is usually the first thing to try.

I look for that! Thanks.

Replaced belt on a panasonic walkman and later did the Fostex x-26 with them. I still have these left so it’s quite a bundle. I can pm you the seller if you like.

Sounds ideal for me so yes please on the PM; I have a Fostex X-15 so probably best to get some spare bands in for that too.

Just waiting on some tapes to arrive in the post. Never thought I’d say that again.

Yeah, I did that a few months ago with some new old stock cassettes - I rarely bought tapes by mail order back when I used them a lot, so it was a doubly weird and strangely faux-nostalgic experience doing so. Then I found a load of blank and recorded cassettes at a vide grenier near here and snapped them up for a few euros. Some of the tapes have got some interesting stuff on them, including what sounds like a choir rehearsal on one.