Ha! Like my particular noisy neighbours from hell need any more encouragement!

I would actually say that the arc and this TE device are fundamentally different in a few ways; at no time has monome ever described it as being essential or magical. Indeed, they have instead just said the arc is a deeply designed item meant to be what one makes of it. That’s it. The cost comes in the form of well thought out and long lasting design. Open-ended is the game and monome does (sometimes to a detriment) less to sell and define the product.

On the other hand , TE creates highly defined products. Ones that’s boundaries are clearly defined and it’s use case 100% agreed upon by those building them. To then provide a product that is structurally similar to many we already recognize and not make a case for what is truly different (they say it’s different but the release video did nothing to provide that context) is a bit odd to me.

TE strikes me as striving to be the audio/visual incarnation of Braun in its heyday. But they miss the point. Bruan pumped out dozens of products, often times a year. Each was an aesthetically pleasing version of something we may have seen before, but elevated.

6 years on a radio with functions that are so inessential that they couldn’t even show them in the announcement video seems to be a huge disappointment from a group that has shown us they can do better.

The arc on the other hand was revealed being used. “Here’s something it’s capable of; the rest is up to you…” I actually say this because I built a DIY one on a lark to learn about programming ARM chips and using heat flow for soldering. I used the DIY one for one evening and sold it to fund a real one. It is more “magical” in use than a video will ever impart.

I don’t know. I just have high expectations of a group that brought us the Ortho controller, PO-33 and more. They have a lot to give. This doesn’t feel like it.

If it had AM, LW, shortwave, VLF etc… and webSDR while we’re at it… I’d be interested

But no way I would consider paying that much just to be able to slow down LBC or whatever. and I can listen to Resonance on the £15 radio module in my eurorack

I think this could be Teenage Engineering’s jumping the shark moment.

All that marketing for this.

Maybe some of those marketing $$$ could have been better put towards a more original design. 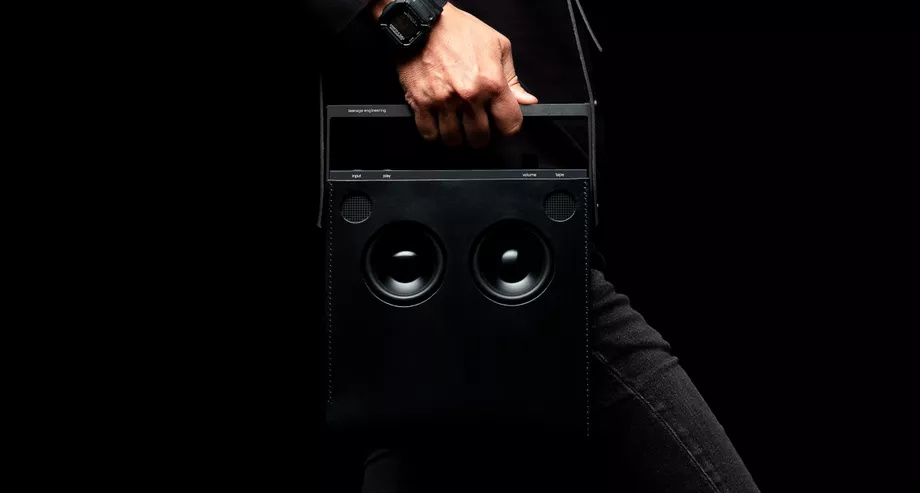 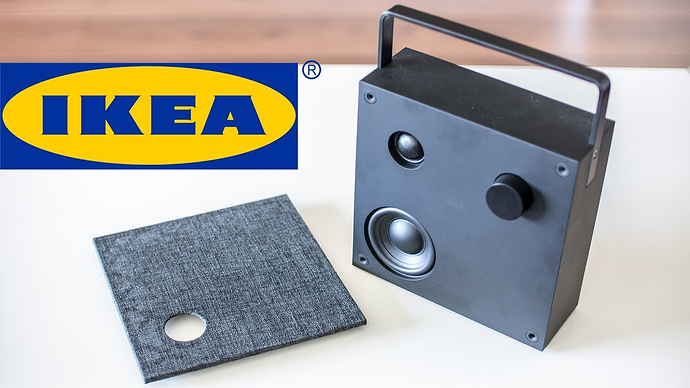 It feels like a play ripped from the capitalist mode of product development, the Steve Jobs method. And in some sense, despite my high esteem for TE’s considerable contributions to UI and material design, they do feel a bit like an Apple to Norns’s actual Linux. I think that comes from hardware and software being decoupled; much like sound sources and UIs are decoupled with synthesizers.

TE sort of organizes their products like Apple too now that I think about it. They have the cheap devices for hobbyists, and the extremely expensive and locked-in ones for professionals. Macbooks and Mac Pros. Just feels like a shame that OP-1 hasn’t changed that much software-wise since it was released, since the hardware platform is so spectacular.

I think the existence of the OB-4 is all the stranger for the fact that Teenage Engineering did already collaborate with Ikea and create a speaker - one that had their playful design and is much more appropriately priced. Admittedly that one wasn’t magic but still. 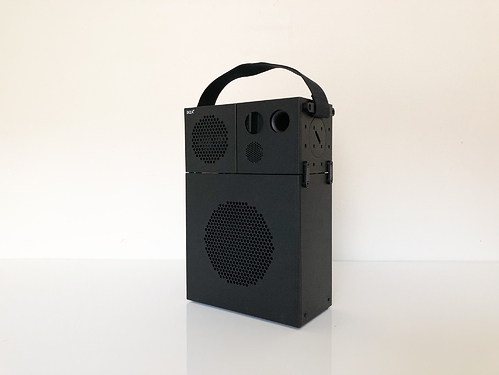 Yes I liked that design. If I didn’t have the Eneby I would have probably bought it.

It is… ahem… heavily inspired by Dieter Rams TP1 though.

Wouldn’t bother me, but the amount of smoke that gets blown up TE’s derriere by trendy design circles… you would expect a little bit more origininality from them.

The OP-1 is a design classic (IMO), but some of this recent stuff is all just a bit meh 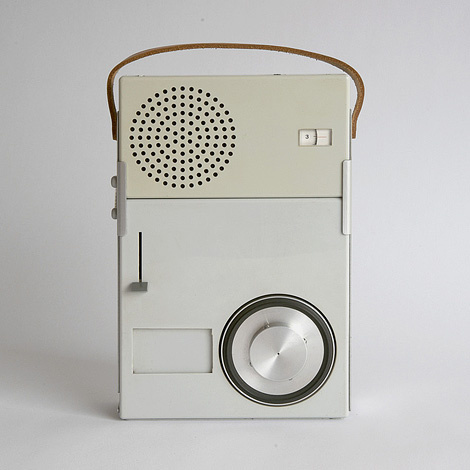 The lack of a line out was easily the biggest surprise for me. The looped playback/time-stretching capabilities could be a least considered interesting for a bluetooth speaker to use with an OP-Z (or any instrument line in) I guess if you could play sound on sound? Or even sampling the radio à la OP-1. But then what’s the point if you have to contain it to the OB-4? I wouldn’t want to mic this thing.

Also, who needs to “instantly rewind to hear the title of the song just played” when the majority of music listened to on it will be from a streaming service? 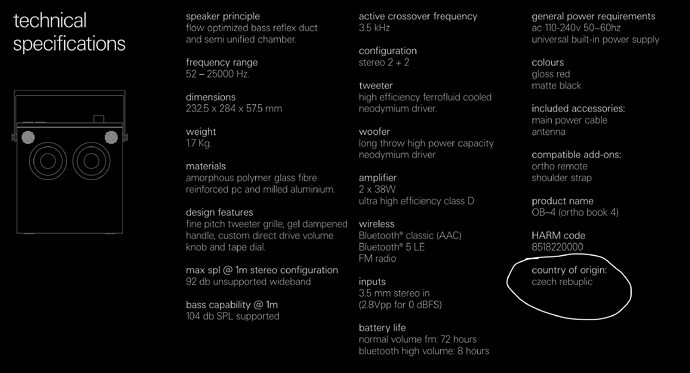 I don’t understand this at all.

that rotating tape button is the dumbest thing i’ve seen in a while, but it’s awesome

it’s so awesome and so dumb that I really hope they’re just using this device as a way to pilot that technology (motorized tactile digital tape reel) before using it in a CDJ-killer. But I’m not getting my hopes up.

This tendency to want to validate one’s own opinion by making it The Right opinion… happens all the time and is a bit maddening. Observing the tendency in community that sees itself as quite open and inviting (I think this is a fair assessment?) is doubly maddening.

Why can’t we just not like a thing and move on? Why does that thing have to be bad?

Pretty harsh typo but czech republic is quite known for good production quality.

nothing but love for the czech republic! just laughing at a typo when there was such a build up to its release

Why can’t we just not like a thing and move on? Why does that thing have to be bad?

Because it’s using materials made out of finite resources / production chains / delivery services by companies that like to position themselves ideologically through their marketting, lingo, and public stances (which TE did plenty of, for better or worse depending on where you look at it). So there’s always a very sane bit of a reflection to have around gear and if they should be produced at all, at least that’s how I look at it and why I read this thread. The fact that only rich people or fanatic people will buy a product doesn’t have to stop me from wondering if, in a larger view of this, I think this product should exist or not.

Arc / Norns and monome as a general endaveor has been mentionned several times as a point of comparaison, and I find that telling, considering Monome is basically Brian, Kelly and a few helping hands building these things in extremely limited numbers and selling them only through their own online store and a handful of physical partner store, because they don’t want to scale or become a big company, while releasing all the schematics, parts, DIY build instruction, and encouraging people to make their tools their own way and even mod them, both on the hardware and software front.

If TE did all that and released exactly the same product they just did, I would have absolutely nothing to say.

i have not been following any of the social buzz + disappointment so i just woke up and am seeing this for the first time…
love the idea of an always on 2 hour buffer. also love the idea of scrubbing through it with a lil vinyl record on the top of the device. that + the line in and some of the (theoretical?) experimental stuff with time stretching sounds like a lot of fun. the design also seems good?

certainly will not be defending it though based on the website, yikes!

like many of their recent moves, in a vacuum, this doesn’t necessarily seem like a bad idea. i think the backlash comes from the audacity of a company that i think wants to be known as boutique+approachable+small (“i know the product demo guy’s name for some reason” small) suddenly pivoting so aggressively into Apple Marketing—“magic!” + 20-40% more expensive than you imagine paying for any given thing + gratuitous leather case costing almost as much as the device itself.

if this had been announced with a video of a real person holding a real object showing off the use cases, hard for me to imagine them getting as much heat as they’re getting. on the other hand, they have to know that, and yet, keep doing it.

to get in on the outrage though here is my own personal gripe:

where does 72 hours come from, lol?

The lack of a line out was easily the biggest surprise for me.

I think the criticism of the release has been a bit harsh but realizing it doesn’t have a line out is a shock… I guess i didn’t have any expectations for this release and think the capabilities are fun which TE does well, but without a line out the instrument aspects makes it feels like a novelty.

Lol, 4 inch unprotected woofers (am I missing something) side by side in a slim box with a reflex vent. Very natural sound my ass.

Could probably score a pair of KH 80s for that price.

Oh I think you’re absolutely right about them being fundamentally different. The point I really wanted to make is that if you aren’t the target market for something, it’s easy to see it as ridiculous. When I saw Arc before I knew more about monome, I thought it was insane to pay that price for four knobs with lights. But when I learned that its intent is to be adaptable and open and flexible and that I am, indeed, part of the target market, it gained a lot more appeal. And there are certainly people who will still scoff at ot, even after understanding what it is. There’s a reason that analog synths and other things with very clearly defined, single purposes are popular.

I just think that the average lines user is probably not at all the target market for this speaker, and so to us it seems silly (at the least) to pay so much to just…rewind the radio. But to some people, namely the target market, it probably seems wonderful. I mean, as others have noted, it sold out. So clearly there’s some market for it.

I also have higher expectations of TE, but they have no responsibility to cater to that. Maybe this is something they are passionate about (and if it took six years, I could only hope it is) and they could afford to follow it and so they did. They have shown us they can do better, but better is very relative.

I want to agree with everyone that this just seems ridiculous though. Mostly because who listens to the radio nowadays anyways? Could not tell you the last time I was in a car and someone had their FM radio on. That’s just anecdotal though.

Also, if there’s one thing on this planet I don’t feel a lot of desire to rewind… Its the flippin’ radio.