Making a few I2C connections between modules (new and old) and, upon power-up, the screen is black, can’t enter anything. Have tried a number of slightly different configurations for the I2C connections, always yielding the same results, and since the possible combinations are effectively endless, I thought I’d reach out for a hand. Have moved everything to my bigger case (where only modules on the bus are currently installed) and this eliminated the possibility that it’s a power issue.

No other gear (such as grid, 16n) plugged in at startup. Also attaching photos of the connections in the back in case there are some GLARING ERRORS. I’ve read the I2C guide repeatedly, as well as poking round the thread – but maybe I missed something?

I’ve read star config is bad but that it’s mostly a concern in larger setups, and mine is still, I think, ‘smoll’. This is the same problem I had with just two on the bus, and it was usually a ‘flip wires around till it works’ kinda situation. However, the combinations skyrocket when you jump from 3 modules on the bus to 5 and trying every possible config maths out to, roughly, an eternity. 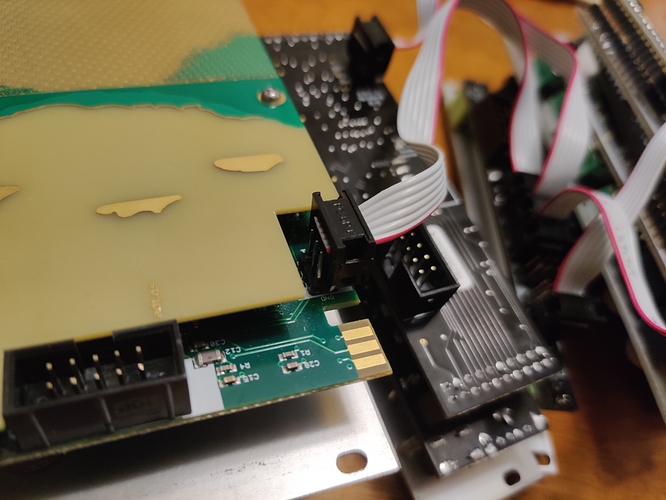 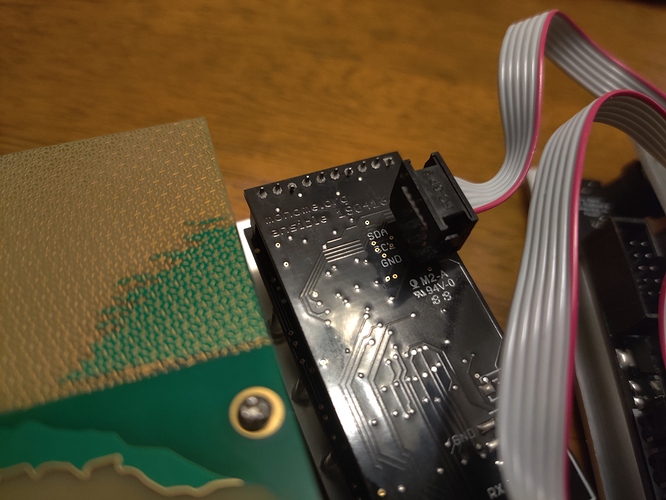 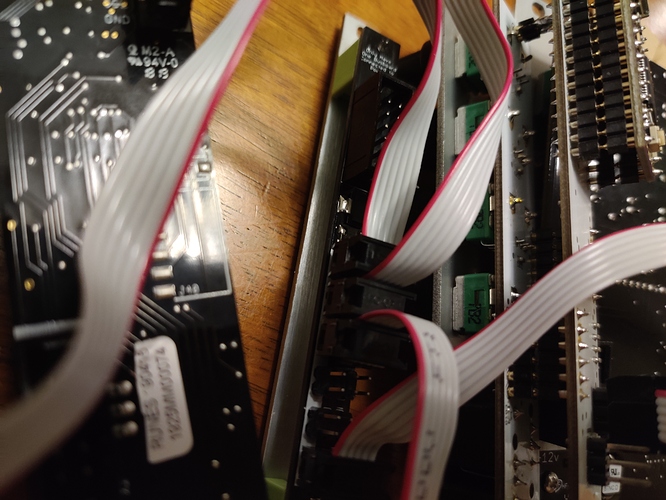 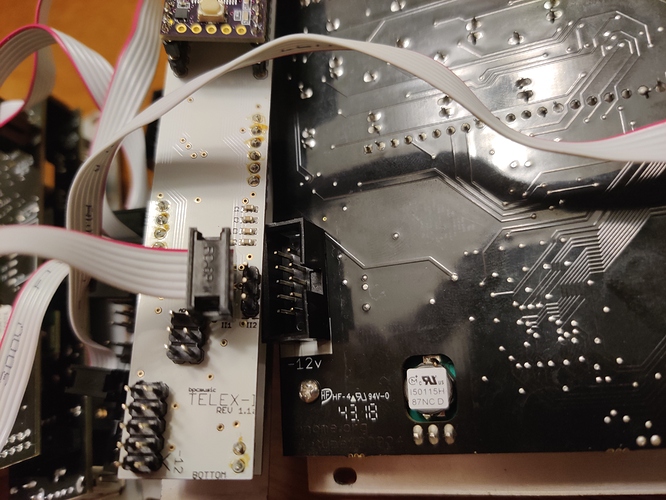 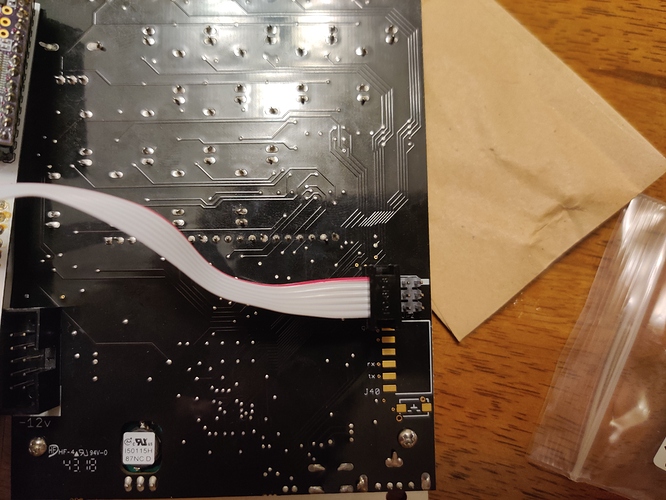 You need more power. According to ModularGrid, those modules draw 320 mA on the +12V rail, even with no grid connected (477 mA with).

Moved everything into my bigger case (12V @ 2A, -12V @ 500 mA, 5V at 1.5 A) to address the power issue. TT unresponsive. This is similar to what happened when I only had three modules on the bus, and the solution was to just flip everything around in different ways. Unfortunately, the combinations are now in the 5!^8 range when accounting for different cables, inverting cables, and, of course, order of modules.

I’m going to add modules to the bus one at a time, testing functionality as I go, and report back with findings – this process is, unfortunately, potentially infinite, but we’ll see how it goes!

No other gear (such as grid, 16n) plugged in at startup

This caught my attention. Do you ever run a 16n over I2c? If so, I’ve noticed if my 16n is powered off but connected to the I2c bus, I get similar results. Usually after I’ve been moving things around and forget to plug in my 16n power, but had the I2c still hooked up via TXb.

Just doing some testing, and this is tru even if I have a dummy cable plugged into TXb not attached to anything else.

It looks like your Txi is plugged upside down. Pretty sure ground goes down.

awesome! I also found it a lot easier to navigate things when I stuck to the 3-pin cables where possible, rather than the 6 pin cables. I actually got it all figured out by going one at a time, powering up, and rearranging if anything went wrong. Now I’ve got everything working other than 16n (and haven’t tested grid yet, but the ansible connection is working, and I will want to reassemble the case before plugging grid up). Thanks for the reply!

@rennerom I actually just plugged 16n into TxB for the first time, after getting the rest of the modules sorted, and I’m getting the behavior you’re describing. The solution, I’m hearing, is to power 16n via USB and ensure it’s powered up before switching the case on? So there are two wires coming out of 16n – one to the wall for power, and one to TxB? Taking this part extra slow and restating everything because I know multiple power sources is one of those real risky plays, but am uncertain if TxB transmits power to 16n via the audio jack (guess is ‘no’).

That can be a little confusing, but the TXb does not actually supply power to the 16n. It only provides the power needed for the pull up resistors on the I2c bus (if it’s powered). Since your TT has pull-ups on the hardware, I don’t think you technically need to feed power to the TXb if it’s connected to the TT. The power for the 16n device is only through the USB port. So if there is no usb power, then something goofy happens on the I2c lines when the 16n is connected to it. That’s my non-technical conclusion

Follow-up / hygiene questions: Are concerns about cable length relevant when running 16n to TxB? The 1/8’’ I2C connection is on what I think of as the ‘bottom’ of the unit (currently ‘up’ is reducing fader values, ‘Fader 1’ is on the far-right, etc.). I have a shorter cable and longer cable I can use, but I know that the cable-length I2C issues are a bit insidious in that they result in occasionally hanging values etc. which may be difficult to diagnose in a large patch, so if I start with the long cable (for the ideal orientation) I could run into weirdness without necessarily noticing it…

The best you can do is try a few different lengths and see what works. I have a 1.5’ cable from my 16n to my case, and it works great. I’ve also tried it with a 3’ cable and I didn’t have any issues. I also run lots of I2c connected devices in my set up too.

dope, thanks so much!

now to get some sound sources running…

grateful for the questions category <3