Made this to help visualize interrupt activity on teletype.

One more and I’m done for the night.

this module has infinite potential

What sample rate were you able to coax out of the module?

I have to admit it would be a very useful addition under a hot key and with a bit of UI for ranges, triggers, etc. So long as it’s not too detrimental to the rest of the firmware.

I haven’t been following the development of teletype too closely but I keep seeing more and more graphics for it, especially all of @scanner_darkly’s grid applications. Will the next update include limited graphic capabilities? An oscilloscope feature, and the ability to make/use other people’s grid applications would be so cool!

What sample rate were you able to coax out of the module?

Well, I requested 1000 Hz out of both the display refresh and the ADC sample (shorthand for as fast as possible), but I don’t know what I’m actually getting yet.

The lack of a real scope on my desk makes it hard to know. I’m going to look into the clock cycle counter and see what I can find.

wouah ! this is really nice ! so cute

Well, according to the CPU clock cycle count, this scope is actually running at 1000 Hz.

Probably going to put this on the shelf for now. I have developed some understanding into the limitations of the current timer setup and will keep this code around until I implement a better scheduler.

FYI, ~1000 Hz is only possible with a custom screen region array that only draws 2 columns each sample. (Edit: Actually, redrawing the whole screen on every single sample is the limiting factor. HSYNC build below hits 1000 Hz on a flat screen region)

Writing the whole screen throttles the operation to ~141 Hz.

Here’s a build that operates at 1000 Hz sample rate dead-on (as far as I can tell). It’s configured more as an art generator than an oscilloscope as there is no sync and the fade doesn’t cost any computation.

Don’t expect it to work as a teletype… it won’t. Just plug your signal in to IN and play!

Edit: Here’s a version with horizontal sync so that the whole frame changes at once instead of sweeping live. It might reach 1000 sampes/sec, but drawing the value on screen eats a little performance, so I can’t tell. With the display on it reaches 980 or so.

Cool stuff!
Scope might take too much out of the CPI, but I wonder if there is a place for ‘sone’ kind of visualization of Teletype activity. Like an overview of what is being done by the midule at any given time. A map or signal flows,…

Actually, what I have learned is that the Teletype is not time-taxed, for the most part. I was able to maintain a 925 Hz scope with this script running:

I don’t know how substantial this is, but I’m going to start sewing profiling code into teletype so that I can develop a better understanding of CPU utilization.

… so that I can start pushing functionality to the limit

if you want to make a dedicated scope firmware, here’s a couple thoughts (just because i did test some stuff like this when putting together the screen driver, timers, and event queue in the first place)

IIRC you should be able set up the screen pointer increment modes to do various kinds of scrolling, so you only blit one column or pixel at a time…

Amazing link. I think I’m up for rolling a new codebase for a dedicated oscilloscope mode. I’m getting in tune with the avr32 architecture (finally sat down and read the damned headers), so I’ve got a new toolbox. Combine that with the prospect of implementing a protocol, and it may be too tempting.

I was running 2 event queue timers for ease of integrating into TT firmware, but yeah there’s no reason this wouldn’t be a single ISR. Mmmmmm… hardware timers.

Just to be a jerk, I’m going to use reverse polish notation, mwhahahahah!

I managed to make firmware that could run at up to 48000 Hz, although with sampling artifacts as a result of time contention for the SPI port. It required implementing a display driver that could poke individual cells. It reduced a 2-column update from 64 bytes to 0 - 19 bytes (as an oscilloscope column only has 1 pixel lit).

Interestingly, the variability of the data length required to update the display caused problems past the bandwidth limit. If you ever sync’d up the waveform to the display, it would quickly jump around as more samples were processed when there were no updates to the display.

I tried asynchronous access, but the SPI bandwidth was the limiting factor. Edit: Oooooh, you meant async read from the ADC. I think that’s beyond my reach at this point. I’m still fumbling around AVR32 IRQ levels and stuff.

I also tried using COPY to update two columns at a time, but it meant that the display divisor needed to be variable, and I didn’t have the numbers at hand to understand where my limits were. (Why are AVR32 docs sooooo baaaaaad?!?!?)

Learned a bunch in the process, but mostly that I can’t reduce the display code below 19 bytes per 2 col (1216 bytes per frame). Sooo… that means that the max sample rate is like 4000Hz.

Question: Why are 4 ADC channels polled on teletype? Aren’t there only 2 in use? 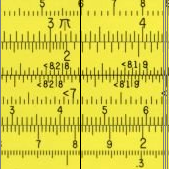 Oscilloscope for monome teletype hardware. Contribute to burnsauce/telescope development by creating an account on GitHub.

Question: Why are 4 ADC channels polled on teletype? Aren’t there only 2 in use?

because all the modules use the same ADC part (AD7923) and driver (from aleph codebase.) you’re right, there should be a flag per module saying which channels are actually needed