I got my teletype yesterday and have had a chance to play with it.

1a) When in tracker mode, scrolling down through the values causes tempo glitches while scrolling.

I only got out the scope to confirm what I was hearing: small but pretty obvious glissandos at the beginning of some notes.

The other attached image shows the rest of the patch, namely a Model 37 LFO clocking the teletype and no other connections. 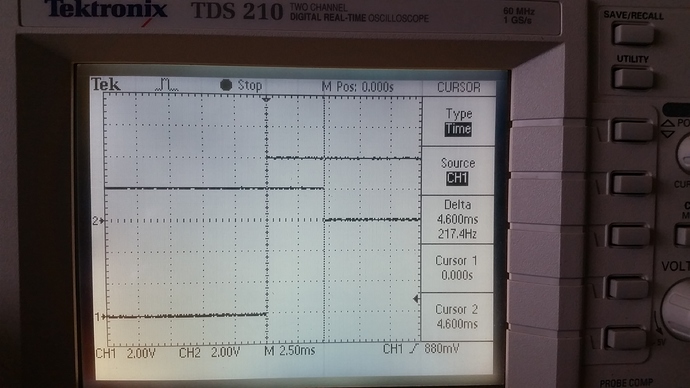 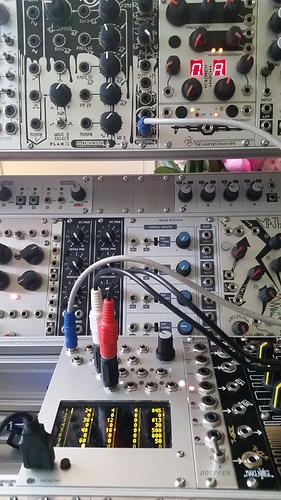 thanks for the heads up-- i hadn’t seen this issues before, and they may have been introduced with firmware upgrades over the many months. will do some testing-- after taking a little break.

with initial versions of TT i certainly did not notice timing inconsistencies.

Latency from trigger 1 in -> TR A out is excellent at about 50us, and quite jitter-free. 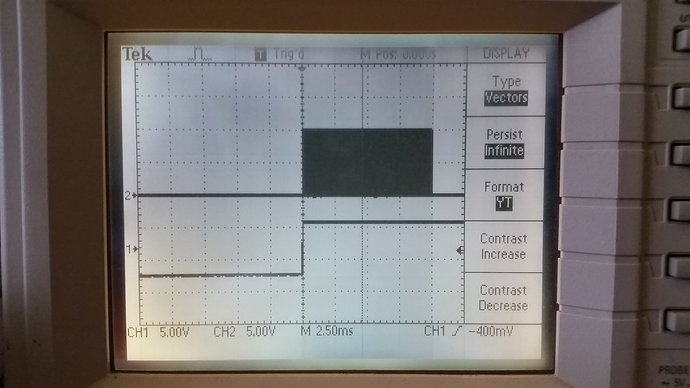 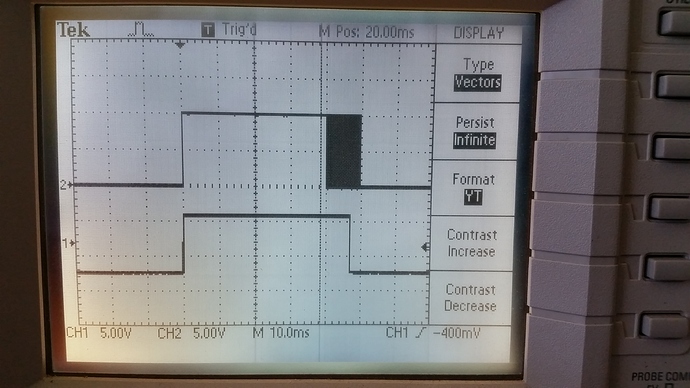 Might this be connected to the lost command issues of teletype remote?

If the incoming trigger period is less than (TR.TIME - 10ms), the teletype’s trigger output never goes low (or I just can’t see it because it’s so narrow).

Edit: increasing the incoming clock period (i.e. slowing it down) has no effect on the 10ms variation in pulse output time.

watching with interest. . keep up the good investigative work john!

Using the “Triangle Mountain” scene, PARAM knob full CW, trigger out A shows the same duration jitter and runs at about 16.7Hz in edit and live modes (and scene select), and 15.7Hz in tracker mode.

This isn’t timing related, but it appears a slowly changing trigger input will fire the input again as the voltage goes back down. I discovered this while attempting to use my Pressure Points’ channel pressure outputs as trigger sources: they reliably trigger the teletype but give a second trigger upon release.

I confirmed the behavior by sweeping a voltage source into the teletype’s trigger input: it always triggers on the up and down slopes.