Teletype without a modular synth

How about meadowphysics? Any differences between the Max and modular versions?

Are there Max versions of earthsea or white whale?

I’d like to try to use Reaktor 6 Blocks and/or BEAP to keep modular GAS at bay as long as I can (while still using the monome grid to the fullest extent possible), and I’m willing to jump through some MIDI/OSC hoops to make that work.

Fairly certain the answer is no on the syntax/capabilities of teletype. I don’t own the modules but have trolled those threads pretty avidly out of general curiosity. Again from my assessment, meadowphysics appears to function very closely.

There are not currently max versions of earthsea or white whale.

But depending on what you are after you could pretty easily use the max version teletype to send some notes and cc values to reaktor. Or with some edits to the max patch you could create your own system to translate the trigger outputs of meadowphysics to be just about whatever you wanted to send to reaktor (midi/osc). similarly the clock in meadowphysics is not difficult to replace/augment and you could likely use midi/osc from reaktor as a clock source.

Does anyone know where the computer (er, the non-module) version of Teletype has gone off to?
I, too, would like to get it to practice my teletype skillz when away from my system.

I’m curious to see just how different it is from the module’s syntax.

i believe the old teletype and meadowphysics .maxpat are still on github. But the max teletype syntax and functionality do not follow the hardware. In spirit there is a similarity to the idea of it, but I wouldn’t say you could really practice w/ the idea of directly utilizing your commands on the hardware. 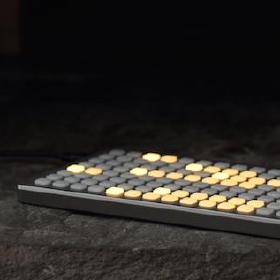 monome has 30 repositories available. Follow their code on GitHub.