Tempo: your way or the high way?

How do you decide the tempo of your tracks? Where does it come in your composition thinking? Other, pithier, more relevant and intelligent questions tbc.

I have just peeled open a new synth, software, very nice and the very first preset made me go oooooh and then ahhh and then I got a parp or two down with it and that was around the time I started thinking of what tempo I wanted? My process goes like this: move the tempo slider up, move it down, get comfortable with how my favourite sound sounds and off I go.

I have a feeling that’s not how Beethoven did it. “Tap of the baton… point towards the strings, they begin, furiously windmill arms, have a think, pat the air and so on.” No, that’s not what happened but despite my gigantic self-belief I don’t think I’m quite in the Beethoven ballpark, yet. So I feel like I am ok with my way.

I started this thing, at the beginning of the pandemic, learning to make electronic music, thinking that I would make Techno. Minimal, Detroity hoity toity type techno. But it turns out that I am more of a 100 bpm kinda guy. I guess I may move the slider up a few notches in future but right now, all of my meanderings are around the century mark.

Does any of this hit your groove thing?

If I’m “DAWing” then I like to vary tempo with automation especially if I am playing real instruments. If I am using tracker, or force I tend to do what you describe - write a melody or something then slide tempo around until it sounds “right”. Sometimes I will find a track I like and tempo match, especially if I am feeling lazy lol.

Tempo is something i find that modular synths can be helpful for, as it can be easy to create something usable with a tempo decoupled from the DAW, which then after recording dictates the tempo for the rest of the session. My DAW template is set to 100bpm, but it rarely stays there.

Some comments from my frayed impressions. They might give you some images to contemplate on your quest.

When you study classical music, there’s lots of playing with no metronome. Tempo there is not separate from phrasing. The tempo is adapted to the musical intention, and not the music to some mathematical constant. It does not prestructure the phrase like it does in strict-tempo music, it largely emerges from it.

So you study the differences in feeling. Metronome is left for technical practice. Which makes most Classical music endlessly reinterpretable. Many tempo markings come with indications of feeling intended.

If we look at an orchestra, we can note that the conductor performs music with the orchestra. She sets the line to be performed, the direction of it, the intensity of the movement, the movement of intensity.

I believe it is possible to have this situation somewhat (only somewhat) recreated for synthesizers with max/msp and the like. But for this, we would never set a tempo – we’d have tap tempo be ALWAYS on (an oxymoron). Actually, we would not use fixed points at all – we would use functions to calculate rate and intensity of movement. Further, if we wished to approach to how it might feel to perform it, these calculations would need to follow physical models of friction. For an orchestra needs time to intensify and decrease and it takes some effort from the conductor to make it move. It has its own mass and tendencies.

From this little model we can note how differently tempo is conceived in the tradition of Classical music. It is strongly decoupled from static periodicity – the period is the result of the movement, not its cause.

My comments are, of course, not general, but guided by my own aesthetic ideals and how they emerged from my education.

Sometimes I have no tempo at all, just instinct for when to change things or play a new note.

Sometimes multiple things going on at their own rates.

Generally though: slow. And after I work on it more, probably slower.

I like off grid improvising without any thought for tempo (recording MIDI and/or audio into ProTools, with tempo & grid hidden, tracks in sample not ticks) and then once I find something I want to pursue I do the basic ‘analyse beat’ function to see what tempo it is. That way the improv reveals a tempo, rather than setting it at the start & trying to decide if its right before I’ve even played a note… ymmv

the tempo-map from my most recent project

lately i’ve been tracking everything to a uniform click, then extracting changes from a free-time take and imposing them upon the whole session at once

I have a feeling that’s not how Beethoven did it.

It’s funny you mention Beethoven specifically, because the printed tempo markings in Beethoven scores (such as the famous motif in Beethoven 5) are a point of historical debate and are subjected to many different interpretations. Metronomes were a new invention then, and some believe his may have been broken…

As an instrumentalist, I’ve definitely noticed that certain tempos end up feeling more comfortable than others to play in. Sure, some things definitely have a particular tempo, but I usually see it as a bad habit to kick like bad posture. So when I practice with a metronome, I always try out the less comfortable tempos. I often do a similar thing when I compose music by picking an arbitrary tempo that I’m not used to and trying to make it work. I think doing it this way helps with the creative process.

Somewhat related, a few years ago CCRMA created a virtual Hagia Sophia for performers to sing in, and found that the space itself changed the performers to sing at a slower tempo than usual. The reverberation Hagia Sophia is very long bright due to all the giant round marble and stone surfaces. Phrasing would naturally slow down due to the fact that you’d have to wait longer for the sounds of the previous phrase to decay.

Very OT now, but I think it’s kind of neat to think of architecture shaping music like this. In Harmony classes, there’s always this big emphasis about avoiding parallel motion. Why? When parallel fifths are sung in a sacred space with big acoustics such as a church, perceptually those voices will get blurred together into one voice, which doesn’t maximize the space as well. Perhaps this could have influenced the decision?

When parallel fifths are sung in a sacred space with big acoustics such as a church,

Any readings or resources related to the way that room acoustics affect things in this way? I actually play a fair bit in a cathedral-like setting built for a large pipe organ. Fitting vs fighting the space is a constant tension.

Any readings or resources related to the way that room acoustics affect things in this way?

David Bryne talks about it in a chapter or two of How Music Works — and how he believes the acoustics of CBGB (iirc) affected the genre of punk rock.

not with harmony. that I believe was something I picked up from an old prof in a composition class. But the Hagia Sophia project at CCRMA I mentioned does talk a bit about how spaces can influence tempo, and the link I put in there has slides that mention this.

This is what I am searching for. This. Your words greatly excite me and I’m choosing to be completely serious in this moment.

I think that music should not be dictated by tempo. I feel as though I am being… pushed? No. Urged? No. Hmm… I feel as though Tempo is all. That I should think about this in order to understand where I go next. Tempo is the starting point for everything else. But I do not want to make music like that. I want to be the conductor. I want to feel what is happening and go in that direction and then… WAIT… we go again, slowly, faster, stronger.

Music IS what feelings sound like, to me. I know, it is a tired old cliché but that’s why they’re called clichés, isn’t it? There’s a hoary old nugget of truth lurking inside those battered phrases.

I started this journey feeling very very resistant to DAWs. It is unfortunate that the start of that journey coincided with the whole DAWless thing becoming a bit of a joke. “WE’RE GOING DAWLESS, BRO!” I wondered if I was merely floating along in the wake of that whole thing? I knew I wasn’t when I started buying instruments and ways to control them along side using a DAW and found the passion and excitement of making them make sounds far outweighed the simplicity and ease of making music within a DAW.

So yes, thank you for your words. They have helped me to stay on my path. To better understand my motivations. I am smiling as I write this.

It talks about this subject in a way that interests me.

I very often have a tempo/riff/beat/pace in my head when I am about to start patching. I use this free app to tap the tempo and then dial the bpm in on my clock module (Pam’s). 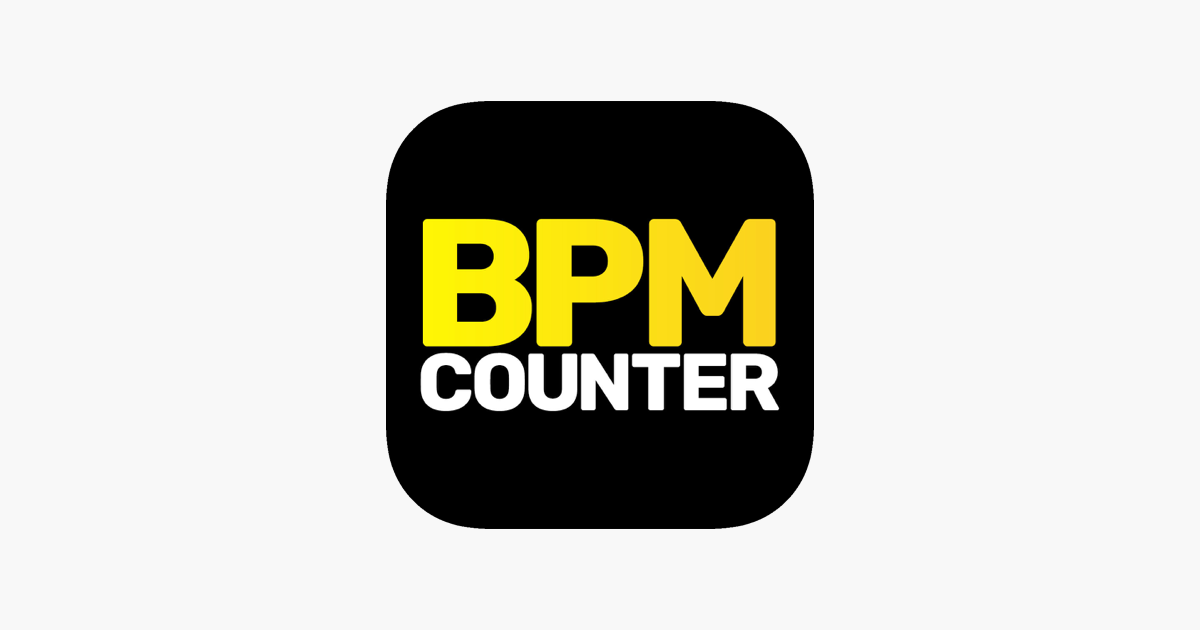 ‎Become a more dynamic EDM DJ or Producer! EDM BPM is a BPM counter that reveals 100+ subgenres of Electronic Dance Music based on genre and BPM. "Perfect response time. Love the genre list. Can't wait to use it when I hear something I want to...

I love this video on rhythm as a way of thinking about tempo. 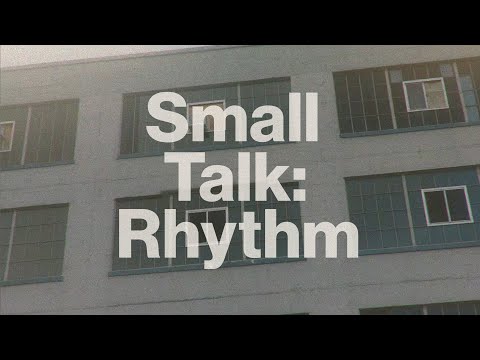 how to you extract the changes and apply them, rather than extracting a tempo average – which is what i find live mostly wants to do?

Whoever put forward the idea that Beethoven’s metronome was broken must have a gigantic pair. “Something off in the Third, my brother, you overwound the 'nome again?”

The mention of tempo maps reminds me of a concept I’ve implementing in some of my recent work which I’ve been calling “temporal weight”, which is a different way to think about tempo control in a sequenced work. I’d be curious to know if there’s been any pre-existing work similar to this.

Temporal weight reverses the relationship of notes and global tempo. The main idea is that each note has mass which bends and fluctuates the relative tempo around it. A note with more temporal mass will warp the tempo and make it faster. A note with negative temporal mass will make it slower. Masses are not in units of BPM, it’s all a relative scale that can get adjusted elsewhere. I also made it so a note can control the inertia, or how quickly the tempo responds to changes from the notes.

I find this approach to be very useful when sequencing lyrical pieces of music that have a lot of tempo stretching/compression in it. Working out the weights of each notes does require thinking about the overall musical phrasing. What’s cool here is that this approach can be more one than one valid interpretation this way. Once the weights are in, the tempo curve gets generated implicitly.

As an example of using temporal weight, here’s a virtual barbershop quartet tag (called “When I Leave the World Behind”) I sequenced with temporal weights, being performed with a vocal synthesizer I’ve been working on. The weights here are tuned here in such a way so that the final notes produce a natural slow-down to the final chord.

i like this idea—how are you accomplishing it atm?

Here’s the short answer: I’m doing this all with my homebrew music software ecosystem, but the core implementation for temporal weight is being done with my gesture synthesizer.