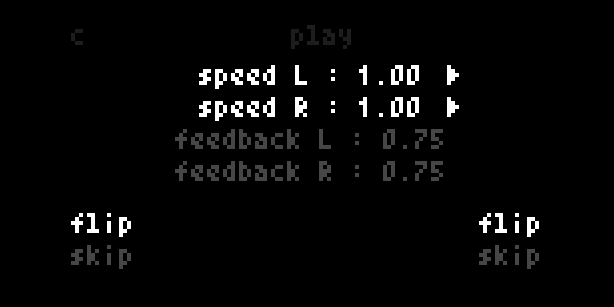 note: requires the shnth library for norns, which can be found here 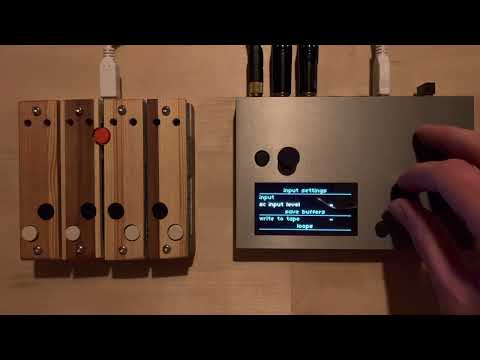 What you’ll see on the script’s main screen is the same as Otis, but you can set times and chaos for TetraBobo in the params menu (and of course, you can map these to your MIDI controller of choice if you like). You can use Otis and TetraBobo separately, or you can turn up the engine input to softcut in the params menu, in order to play TetraBobo into Otis. Adding hiss will get into feedback territory pretty quickly. For more detailed information, see the documentation for TetraBobo and Otis.