im curious about how the play mode controls are drawn in this demo. Is this some hidden hax in an abandoned git branch? if anyone has answers, im very curious. Im a new aleph owner getting my scenes going and this looks really cool for performing! 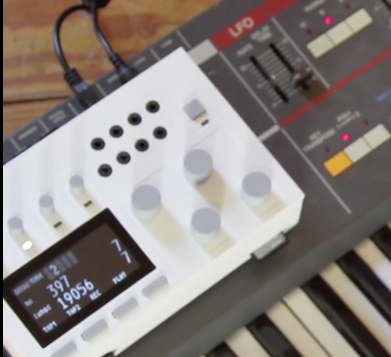 simplest answer? likely not hidden/ready to be shared…that video captured during the proto-stage of development and the firmware was changed so this one was never publicly available . @tehn @Galapagoose or @zebra would know for sure

also
this functionality could be reconstructed within the current apps

they were in the aleph repo but removed in this commit, because the underlying ‘OS’ layer had changed and it did not seem worth maintaining them.

now there is a single demo app which is just a mixer: https://github.com/monome/aleph/tree/dev/apps/mix/

it is verbosely documented and intended to be used as a template for custom non-BEES control applications.

the big text is available in C with region_string_aa functions, as used by bees BIGNUM operator.