The blending of folk and electronic music/modern production technique

Animal Collective springs to mind. They will alternate between/blend straight acoustic instrumentation and vocals with noise and electronic elements pretty seamlessly. I know they’re not shy about talking about their intentions or approaches in interviews either. Probably worth looking for interviews surrounding their earlier albums.

@ht73 I am really curious how you would define folk music? Excited to explore the artists that you mention in this post.

@zacnorbu welcome to the forum and good luck on your paper! My recommendation is to look up some of the artists and their labels mentioned here on whatever scholarly journal database you have access to through your school. There’s surprisingly a lot of stuff written about “popular” music. I did a paper for a course and I remember finding some stuff in one of the computer music journals that I was pretty surprised to come across!

To expand on this a bit now I’m no longer rushing to catch a train: I love Solarference for a variety of reasons which are personally artistically important to me, and which are staples of the musical communities and “genres” within which I’m most active:

In short I am pretty much obsessed with this duo and am genuinely bemused that almost nobody seems to know about them.

Looking forward to listening to all the acts being mentioned here who I’ve not heard of before!

I think, looking back at it, that blending “Folk writing” with “Electronic Music”, has been my main goal as an artist for almost as long as I started writing music. Not exactly by vocation more than it is by accident and a result of both who I am as a human being and who I aspire to become. Most of what I did was trying to find a sweet spot between very rich instrumentation seemlessly blending entirely electronic landscapes with more traditionnal acoustic instruments (I come from a very classical music background, and it took a while for me to accept it as a part of my work, as it’s a part of my education I didn’t particularly enjoy). Electronic music on the other end, is what drew me into making music as a full time thing, and it’s also what connected the scientific part of my brain to the creative one, what allowed them to communicate in some way. I won’t go into the details here because it’s probably not that interesting and I don’t have that much time, but yeah, blending folk (or more traditionnal acoustic instrument) writing with electronic music has been my thing for a while now. Hope it doesn’t feel too self centered to you all that I post a few examples of how that turned out over the years.

Here’s a music I wrote for a videogame that was originally a folk song and turned out to be like this :

Here’s a more recent take on the matter with my actual solo project :

But it’s more or less all the time. Sometimes the acoustic instruments just turn themselves into samples or textures, like the piano in this one, and sometimes it’s the electronic landscape that just sits in the back and let the folk breath to allow some more traditional writing / singing.

Hope it was relevant to the discussion !

Cool topic. My jumping off point here would be back issues of The Wire magazine, they cover this kind of stuff pretty extensively. In a recent issue they talk about a Ursula le Guin / Todd Barton soundtrack to one of her later novels that sounds like it may be relevant here.

As is mentioned earlier in the thread, early Animal Collective, Sung Tungs in particular, is worth a look, although I believe there are some questions around authenticity of their method on this for purists. I really like it though.

Ah @zacnorbu, another example which only just occurred to me is Daedelus’s Experience, which is made with acoustic instruments but the artist still considers it “electronic music”. They go into a bit more detail about it in this podcast: http://songexploder.net/daedelus

And in the same vein, Dawn of MIDI play acoustic instruments as if they were electronic instruments: http://dawnofmidi.com/

And most of all, because I think it’s electronic music at its best with (last album excepted) litteraly 0 synthetiser or drum machine involved, Colleen’s entire work.

This is probably one of my favorite electro album of all times.

And somehow, her last album is only made of synths (critter & guitari pocket pianos), and it manages to be one of her most “folk” album to my ears.

Interesting. Not to derail too much, but what do you think calls into question the authenticity of their methods?

Again, I think it was a Wire review* of a later AC album that suggested that Sung Tungs was much less single take lo-fi jam sessions on a porch than the myths around it suggested.

That sounds a bit unfair to me and I think it’s a great piece of music, but I was referencing the earlier comment about AC’s openness around their techniques.

*Not getting out much, this tends to be my single source of truth, unfortunately.

This echos back to the conversation @infovore and @kirklandish started above. Gordon Mumma often talks of his and his colleagues homemade electronic instruments as folk instruments. The interview with Mumma in Robert Ashley’s Music with Roots in the Aether series focuses on this topic.

Not exactly to the pedigree of the suggestions, but my next release and some other stuff I’m working on sort of fits this bill, probably. I play finger-style guitar and some other stuff and process/live-loop the audio with my laptop and the monome stuff. Not a whole lot to show for it at the moment, but I’d be happy to talk to about it if you’d like. My work in audio and print also kinda pull from a cross between tangible media, location, and technology that might be similar to what you’re looking for?

Haha, nice to you see you too my friend! What a forum eh? I found it via the Sound + Process podcast you sent to me

United bible studies are for me the perfect amalgam of folk and electronic disciplines. although maybe mainly field recordings over strict electronica

Mostly based in Ireland and the UK UBS have taken on many forms since forming in 2001...

there is loads once you go down a Folk-Drone workhole.

too many to list, but check out my Bandcamp page for what I’ve bought. 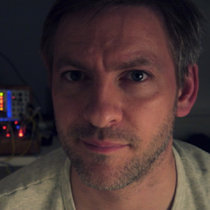 Two that spring to mind are early Bibio and although it has no vocals, Fenton (Dan abrams) is processed acoustic guitar.

I find podcast interviews of bands/artists the best source for that sort of thing. I know Florist recently had an interview on Wandering Wolf where they discussed some elements of production and writing process.

Oh also I’m very much moving into this musical direction myself, combining singer songwriter folky guitar with modular music and drum machines. I’m still in the writing stage so don’t have any output yet but would be happy to be interviewed for your dissertation (if you wanted of course) probably not helpful but I thought I’d offer

Also the album Diamond Mine by King Creosote and Jon Hopkins.

I’m specifically looking for writings or interviews on the topics as opposed to suggestions of music that fits the bill (though this is useful too).

Worth checking out this episode of the fantastic Sound + Process podcast with Emily Sprague, if you have not already done so…

View more about this event at Moogfest 2018

I think we’re all patiently awaiting the return of @stripes. This workshop seems like it’d be a goldmine.