The Ghost In Your Rack

Recently enjoyed a conversation on the Disquiet Slack about the potential for haunted modules. It turns out I’m not the only person that thinks their modular has a spirit in it, desperate to get out into the world. Anyone feel the same? Care to describe your ghostly rack friend? (Doesn’t need to be limited to modular, though modular seems to be a bit more ghost friendly than other formats)

Mine leans towards a bit of a sludge metal / head shop occultism / stoner profound spirit. The kind of spirit you pick up from a thrift store dream catcher or used flannel shirt. It’s reared its head a few times in generative patches which end up barking at me and I can’t figure out why. When I add random modulation FM attenuators, it’s in its element. It also gets in my inner ear during heavy drone periods and makes me feel dizzy. If I ever needed to get rid of it, I’m pretty sure I could convince it to jump to a VHS copy of Pulp Fiction or 2001 and then move it to a secure holding zone.

I have ghosts for sure. I think they largely infect the section of IFM modules, and it might even be an astral projection of Peter B himself. Sometimes it jumps to other places, it feels like just having these modules in my rack infects my other modules with ghostly behaviour.

I could characterize it as a sort of audio poltergeist … throwing, smashing, moving, turning the tv on and off …

Yeah - certainly feels that way sometimes. The ones that live in my rack are generally benign, but I was once making a generative piece using a lot of FM and AM sounds and started getting tapping and footsteps - A few tweaks of the patch, and I started getting ‘evil nursery rhymes’ and then I swear the thing laughed at me! And I mean, evil maniacally laughter, not your nice happy kind. Didn’t help that I was in the house alone and working in the dark either… creeped me right out.

there are a lot of spirits in my life. i like it that way.

my rene, tempi, rings, and mangrove i believe all exist partially in an invisible realm of energy influence.

but overall my eurorack gear is ghosty much less so than most of my other possessions, which are almost all second hand if i can help it and more than a few years old, unlike my modules which have seen only a couple different owners. my 1926 martin 2-17 is one of the most beautifully haunted things i’ve ever held.

i get rid of anything immediately that has some bad mojo charged into it, but happily i have only come across supernatural of the positive variety with my modules.

there are a lot of spirits in my life. i like it that way.

Yeah. Agreed. My original post leaned hilarious, but I do like having a layer underneath things. Keeps it interesting.

I’ve spent time in India over the last year. Don’t want to come across as a wide eyed westerner experiencing a new culture in a naive way, but I sure do like the attitude towards gods (spirits?) I saw there. Would like to see that more in my daily life. Though I live in Boulder so it does come up here more frequently than in other places I’ve lived. 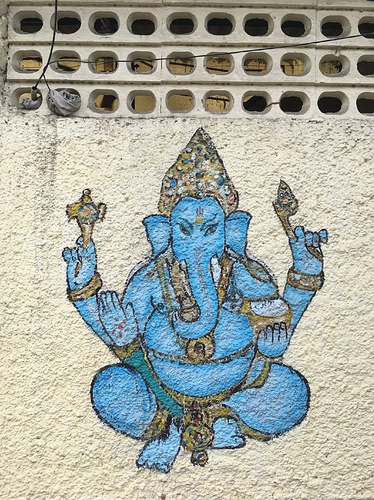 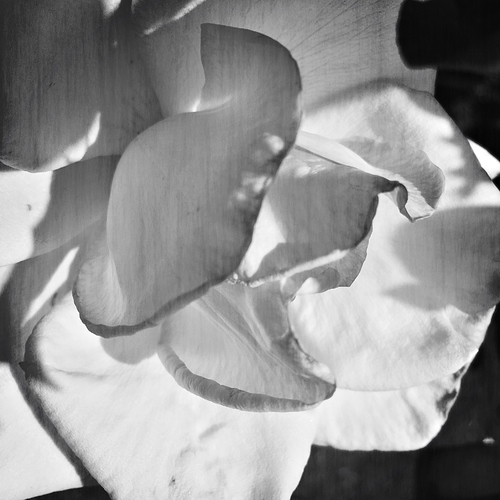 I like to think some of the imperfections I’ve begrudgingly acquiesced to in my DIY projects over the years will become someone else’s benevolent ghosts in the future. This is especially hopeful for the guitar amps I built as I’m quite sure no sane tech will ever want to work on them.

(Not in the sense that I would misrepresent something I’m selling… thinking more along the lines of when I inevitably become a ghost myself.)

Electronic music and the Occult!

Yeah this is a subject that is very exciting to me to the extent that its part of the phenomena I seek to engage with as music opens pathways into the unseen. One revels in those moments where a machine may respond to these intentions…revealing a communion with the hidden, secret and elusive inherent in all things. Maybe perceiving the subtle musings of a mischievous sprite working wondrous havoc within the circuits or something vast and ancient expressing itself through the space between vibrations.

Back on this plane now…yeah the older machines definitely carry a strong scent of otherness to them…its one of those qualities that is hinted at when people prefer crusty vintage(the crustier the better personally) to the shiny new perfectly in ‘tune’. Although all matter is timeless and ancient and there is certainly alotta new klob where one can extract psychic abilities. Peter B’s stuff obviously seems high on enchantment and alchemy, although I have no personal experience with them ive heard demos that have well creeped me out…The Little deformer for sure contains a black hole in its center. Where remnants of the past will suddenly spurt out at you out of no where not to mention the many entities behind its various algorythms that have spooken to me on many an occasion. And the op1 as well is a fine metaphysical manifestor…though none as fine a conduit as the ones reading these words(no not u bots!)

Awesome! I hope you recorded it.

Definitely! Also, the wooden panels spiked with acid do wonders…

I love talking to the ghosts in my Rollz5. It’s been a research into reincarnation for me, forcing the soul (through smoke) out of the synth by choking it (power starve plus overcurrent). Killed it three times so far and turned it into a collage for the 99 percent invisible compilation:

“ERD modular eurorack series …aims to infect and contaminate the world of Eurorack with a radical, new artistic sensibility.”

“The module provides a radioactive source (Uraninite aka. Pitchblende), Geiger counter and processing to deliver both pure random voltages and random timing/triggers.”
I think at this point the imagination becomes more important than the utility itself. I know there is random and there is RANDOM but without knowing/imagining how that ancient piece of stardust radiates in the synth while listening, it might as well be just another random voltage source. A bit like conceptual art.

yeah I like the equivalencies in manipulating its life force.

I did indeed - this is the recording of the patch (evil laughter at about 1:45):

Prior to this, my modular had been infested with the dreaded Dagobah Mosquito, which R2D2 was helping me eradicate:

It seems I conflated two memories - the tapping and footsteps was this one from a few years earlier:

I feel like i might have excorcised a demon when I swapped out the noisering for the much more clinical ornament & crime. Keeping him around in a box though for the end of days.

Incidentally I also did a track called Ghost in the Machine…

Here’s a nice talk from a friend which compares similarities between a modular synth and the (modular) brain.

Tangential, but: if there’s a ghost in my rack, it’s the contact mic taped to the inside of the case, which is normalised into my 1U port of Ears.

Which means: the whole case is a surface for interaction and, tbh, I should patch it up in more interesting ways to allow further influence from the outside world to the inside. It allows for everything from ‘playing the case’ to feeling the vibrations of the world.

i’m reeeeally slowly working on an album titled “music for scrying” in which the modular and a tape recorder (the ubiquitous marantz pmd 221) are used as vehicles \ tools \ implements for scrying (in the inner or with a couple of other techniques, the black mirror in particular).
already have 5 or 6 tracks ready, but “ready” feels like a strange adjective in this context

we’re in the midst of Mercury retrograde, which holds special negative power over electronics. glitches, crashes, outages, etc. purchasing any tech during this time is ill-advised by many, but I’ve been wondering how this might apply to modules?

do the comings and goings of celestial bodies affect your racks?
do module purchases during these periods feel more ‘dangerous’?
does Morphagene tame itself as some sort of inverse reaction?