Similar vein as SoftPop / Double Knot synths .
Take a look at the history and background of the instrument if you’re inclined 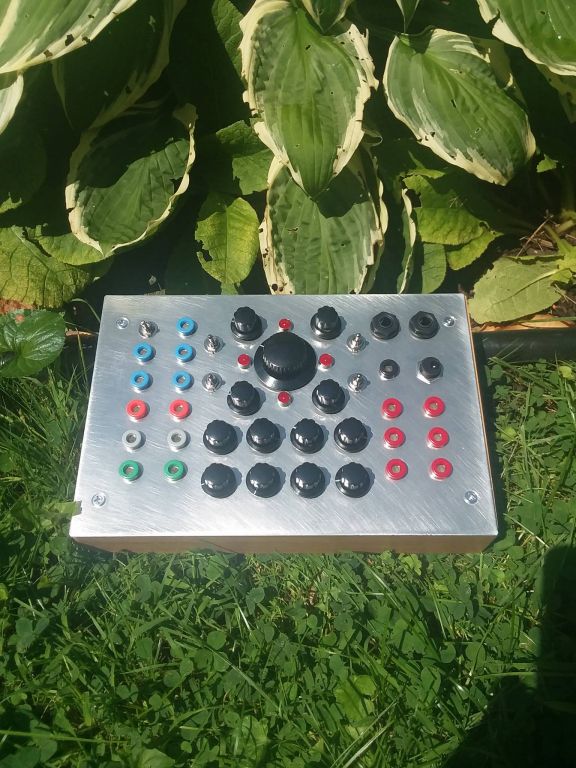 Video of an unmodified original (w/o ext audio jacks)

Are these available to buy anywhere?

Wow, this might just push me over the edge.
I have a 5x5 matrix mixer with the possibility of CV control over bananas incoming.
The Grackler should be pretty mind blowing with that.
Need to find the funds somewhere…

if you don’t mind my asking…where from?

Don’t mind at all.
It’s a custom order from a guy called Alessio.
You can find some of his work on his Minijack YouTube account here: https://m.youtube.com/channel/UCW8QG7izcm1wQitLBexgGZQ

IMG_0252.JPG5623×1997 1.87 MB
This is the schematic view of my mixer. The VCA matrix will take banana or minijack per node. Also every node can be switched between being a CV in or an envelope follower.
Some other goodies as well, but that’s the most important things. Not small or cheap but very capable.
If anyone is interested in having Alessio build something for you, let me know if you don’t find his email on the YouTube channel and I’ll hook you up.
3 Likes
Weird_Ear September 1, 2017, 9:12pm #9

got mine, loving it! have yet to plug anything else into it though, enjoying it’s self patching persona plenty!

def will. I will say that the initial vid of it that Martin posted is a really good rundown of it’s character(s), but also that there’s a mod that is now standard, which is to have the filter inputs broken out, rather than hard wired to the XOR outputs, as in his initial offerings, due to popular demand. too damn hot in my attic studio to get it to interact with other stuff today, as I had hoped to do, so sitting in the basement and listening to it bubble and croak whilst typing about it will have to do!

here’s a quickie after all!

great instrument and i still have mine
cant wait to play these together!

Welcome, good to see you here! Recently subscribed to your bandcamp and been enjoying your music!

Martin just gave me a recipe for ‘instant krell pinging’, here it is, or a couple min of it, no touching…

Never actually thanked you for the excellent demos. Great clarity in these recordings and I love the sounds you coax out of the box

Look fwd to hearing more exploration from you!

mine should arrive this week
i’ll try to test that