The just-noticable difference threshold for repetition

Is anyone aware of interesting research or work investigating what a just-noticeable difference for repetition in music might be?

Say I have a sequence that contains 100 events, repeats every 45 seconds and which is generally noticeable as a repeated sequence after 2 repetitions. There must be a threshold to the length of the sequence, or the number of events, where the sequence would not feel like a repetition, even after it was repeated 10 times, right?

I saw Jorrit Dijkstra give a masterclass where he was working with layering improvised loops that were a few minutes long. He knew exactly where he was in the loop and would make magic happen when suddenly his playing would align perfectly with the ghost saxophonist – because the loop was so long as to not be apparent as a loop, sometimes even within the entire length of the improvisation it was hard to pick out the edges of the loop.

This seems like a musically useful thing to study – maybe there is already useful research?

Really interesting topic. Nice to think about when many of us are stuck in 4 8 16 32 64 etc. loop phrasing.

You might have already read this, Kaitlyn talks quite a bit about repetition here! 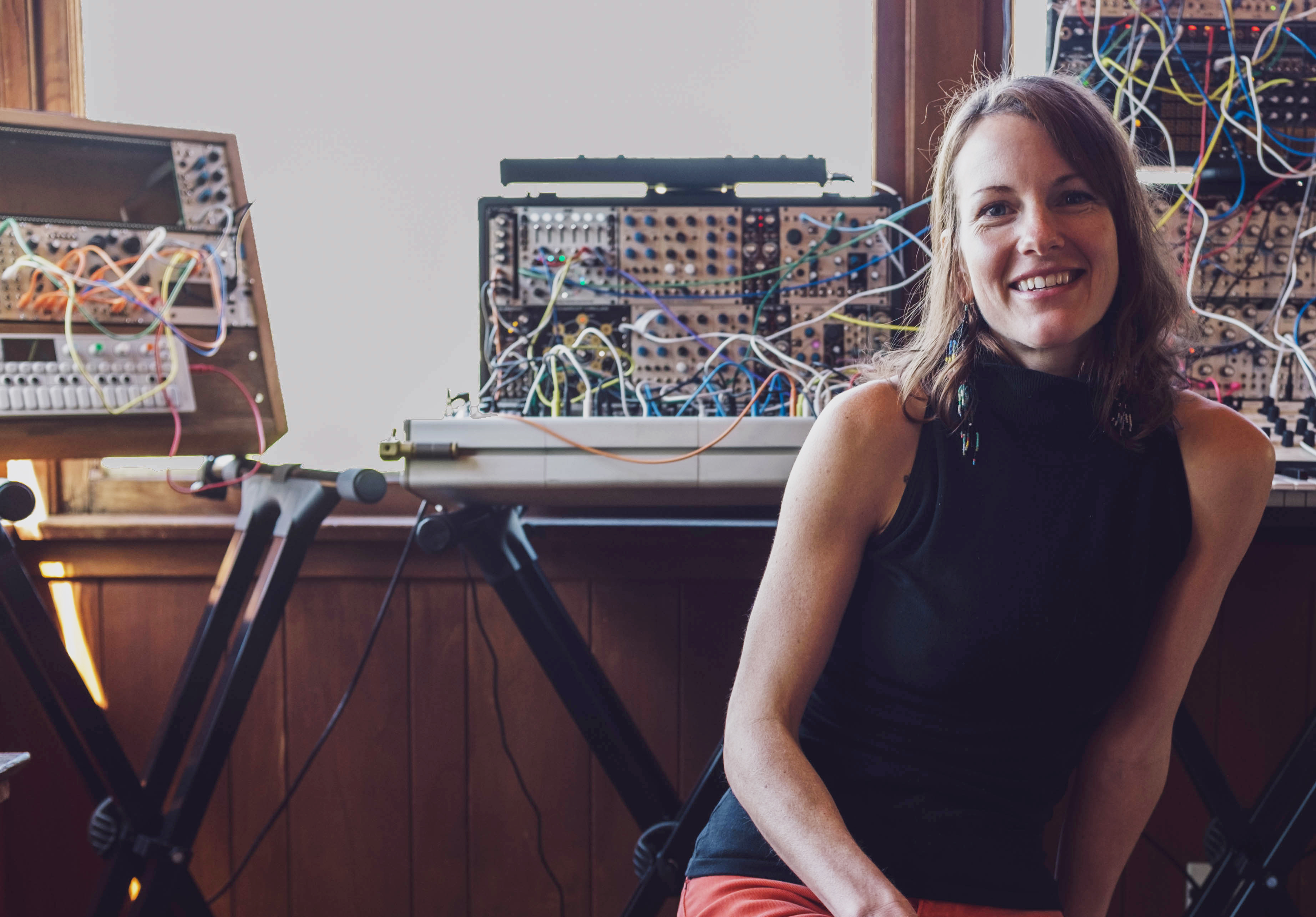 Kaitlyn Aurelia Smith talks to Ableton about using Live with modular synthesizers and for processing vocal harmonies in real time.

Thanks, I hadn’t seen that.

There is a lot of music based around repetition presented as such, I’m curious about the threshold between repetition that isn’t apparent as repetition and its becoming noticeable as repetition…

Another related scenario might be the continuum between small sets of choices and large sets of choices. Keep pulling a choice from the set – with a small set the feeling of repetition is very apparent even if it’s not a loop, and the order of the choices pulled from the set is always indeterminate. I would think as the set grows, the feeling of repetition would change, and at some point the choices would be so numerous as to be indistinguishable as new – there would be some threshold of perception of repetition?

The sets issue is particularly weird because of the randomness element. Getting runs of a set of values from a set of any size creates a sense of repetition and intention even if it’s merely luck, like a streak of shitty rolls in D&D.

You’ll find this book massively interesting and helpful I think: 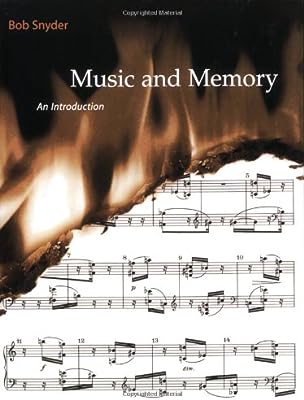 Music and Memory: An Introduction

It goes into lots of detail on how memory works, in general, but also in terms of melody, rhythm, short vs long, etc…

Also worth looking up the music and writings of Morton Feldman, and also Bryn Harrison if living composers is more your speed. They both deal massively with repetition, self-similarity, etc…

repetition that isn’t apparent as repetition

If it isn’t apparent, it just isn’t. Music is all about perception, eh?

So how long does a phrase need to be before we forget about the first time we heard it? I would love to see research and @Rodrigo’s suggestions sound like a great start (thanks @Rodrigo!) But anecdotally I can say that I’m very skeptical you’re going to find a threshold low enough to be musically useful. I’m guessing it may be on the order of several minutes for some people, and that’s only on first listen.

Music is more or less our brains using short and long term memory to identify patterns and make associations. Our subconscious minds are very actively looking for instances of repetition, not just on the order of events within seconds, but also on the order of patterns over decades as we compare this piece of music to that other piece of music we heard before.

And honestly? It’s not something I think there’s all that much mileage in trying to work around. As Adam Neely would say: 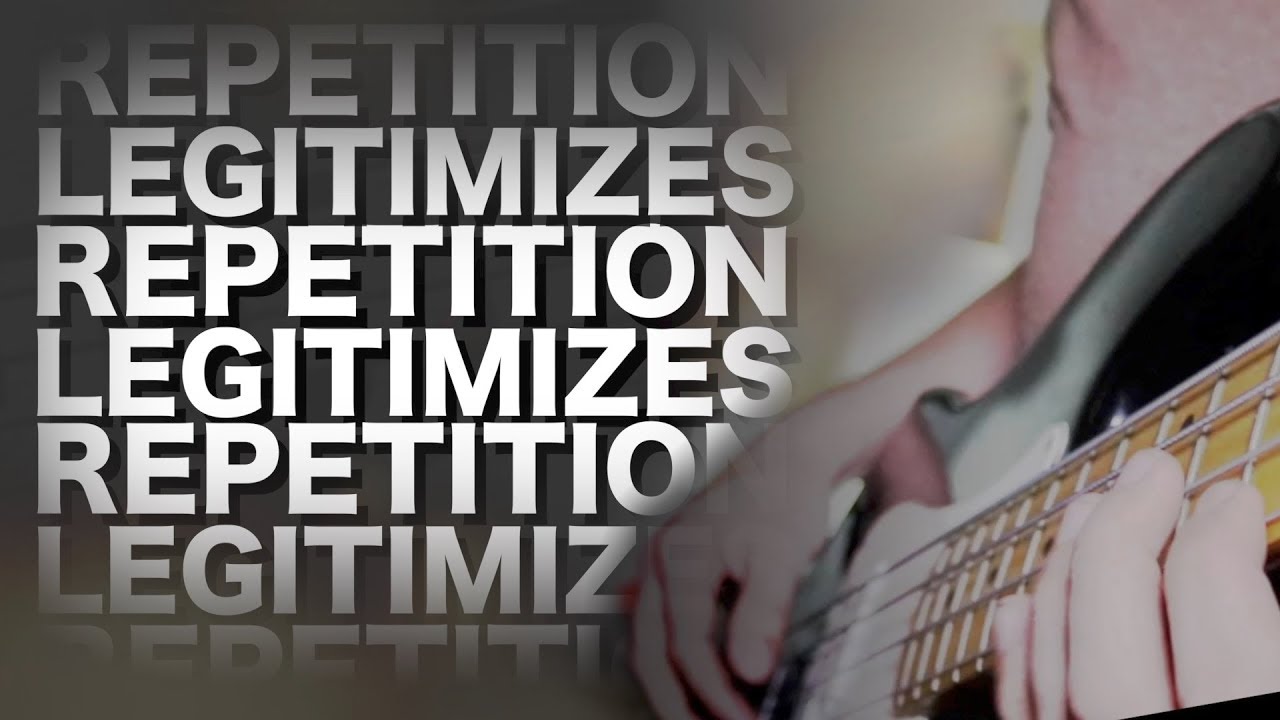 Music is filled with repetition, and rightly so. That being said, I do think it’s an interesting project to play around with perceptual and memory thresholds and in so doing stretch the definition of music, always a worthy goal.

I’ve found on a song structure level, even within a few minutes, I can sometimes completely repeat a part and it doesn’t really come across as repetition. I think tempo, rhythm, timbre etc. are all factors in how easily repetition is recognized, which complicates any attempt at a general rule.

But anecdotally I can say that I’m very skeptical you’re going to find a threshold low enough to be musically useful. I’m guessing it may be on the order of several minutes for some people, and that’s only on first listen.

I was actually surprised on that front, but when I read the book I linked above there were some pretty well researched limits to things. Since repetition falls in the area of memory, and that’s a pretty well researched area, there is lots of data and science to draw on. And things relate (not surprisingly) to how we conceive music too.

I find this area interesting too, but not too much from a “factual” perspective.

What I really love about memory, particularly an in improvised or performative context, is that your perception of something being the same means it is the same. The composers I mentioned play with that idea a lot too, but from a more deliberate perspective, purposefully confusing your memory and senses, but in those cases you can go back and read the score (or relisten) and, at least, conceptually know that what you are hearing is different (or the same).

I find it more interesting when you don’t know.

I mean, I may be an outlier (especially sensitive to pattern-matching perceptions, and yes, ok definitely an outlier) but I’m going to notice repetition on scales of several minutes (so, a length exceeding the length of most songs).

But it’s probably unwise to draw overly definitive conclusions based on personal experience alone. I’ll definitely check out the references you mention.

The larger point I was trying to make is: why avoid repetition?

I dont think the original point was to avoid repetition but to play around with listening and perception by playing around at the threshold of recognition. I think these type of perception tricks are interesting if used intelligently. I cant remember which Reich piece it is that tricks you into thinking its speeding up (Four Organs maybe) There are other disorienting effects like looping but changing the loop points but keeping the length the same, and wonky Boards of cananda stuff. Remember Shepard tones. All the rage a few years ago but once people got them they seem to die off pretty quickly as a thing. I like them but then i still stare at barber poles and wonder when the red is going to run out. I am very much a believer of when the fad is over someone can go in there and do something really interesting.
Tempted by the book Rodrigo linked to but not at that price…

We sense patterns in non-repeating material, because some of it does repeat.

Put another way, we sense patterns in non-looping material, because it’s mathematically impossible to eliminate repetition.

(Any aspect of your music could create a memorable hook for some listener, and they’ll notice its coincidental return.)

I guess the question is what your goal is, compositionally.

If you want to disorient the listener but still keep track of your own place in the music, I think you might be looking at this backwards. You’re not looking for where the limits are, because you getting lost as a performer defeats the purpose. Instead, you’re looking for subtle queues to latch onto, that the listener might not know to listen for.

(And yes, the listener will probably latch onto those queues as well, subconsciously. I’d argue that this is a good thing.)

This post just makes me think about the left side of the Marbles Deja-Vu knob – the position determines the probability that a new value will replace the next step to the pattern. I feel like that’s really fun way to experiment with these ideas. Marbles seems custom built for this kind of experimentation.

“If something is boring after two minutes, try it for four. If still boring, then eight. Then sixteen. Then thirty-two. Eventually one discovers that it is not boring at all.” - John Cage

Oooh! Thanks for this video. Massive Bill Evans fan and hadn’t seen this.

There has definitely been research conducted on this topic. I think I recall actual figures being quoted in Curtis Roads’ “Microsound”. Perhaps check that out.