The magic that is the kitchen table jam

Something that i have found really creatively rewarding is working out of the studio, setting up a single or maybe few bits of gear on the kitchen table. There is something about being away from the feeling of the studio, to maybe a less challenging space, that seems to allow different creations to happen.

I suspect a combination of focusing on key bits of gear instead of something among many, being seated to be looking right over it instead of reaching across, the lighting is often brighter or over the table instead of focused around and created by the gear, the obvious enforced limitations imposed by the setup and not by yourself, are all key. However the one thing that seems to stand out above all those is the feeling that it doesn’t matter, like it’s just mucking about and making some music, simple.

There is something i find the studio, as much as I challenge it, and i do, that is so much easier on a table that is more designed for a gathering and chat while eating a boiled egg.

If i had the space, I’d like to try setting up a project table in the studio, to see how much that feeling stays. Maybe keeping it clear most of time, as you need space to dunk your soilders, and bring gear to the project table to focus in. Im sure it will be different but i wonder by how much?

It actually makes me think of Nick on Sonicstate YouTube, he has a table he has setup to film, but sometimes i get the impression he probably is more creative there than anywhere else. Almost like the setting is for one thing and maybe the limitations of time, say getting ready to film or with a kitchen table, feeling hungry, pushes the record button a little earlier, allows the perfectionism to dissipate, and maybe, the record to happen almost all by itself. “It’s just me mucking about” we think, but it sounds really good.

This reminds me of Dave Chappell when he talks about not letting the ego drive his car. If he wakes up led by his ego, that he is driving, with the idea still wondering what is going on, then it’s probably shit. The best is when he is fast asleep with his ego, and the idea is shouting Dave get your ass up, we got something thats needs to be done.

The allowance to simply do, more than that force of trying to do, seems to be alive while sat at the kitchen table.

Taking this Idea further. Imagine you record your jamming session with something portable Zoom or such like and take note of just the bpm and the scale. Then in later sessions you use different equipment, same table, same bpm and scale.
It’s not going to take many sessions before you can create something really cool from combining/mixing the recordings in your DAW.

Yeah that’s quite a fun idea. The idea that a table is considered more than just the thing stuff is on but the anchor for ideas, or holding some glue. I guess that’s similar to the idea of sitting down to talk about something, or getting people round a table, or say how many families might use the table as a family forum or similar. In music it holds its own structure.

It reminds of discussions about making music sitting down or standing up, which I have seen in forums before, or in the DAW or not.

My experience has been that behaviour around music can be driven be situation and experience (just like memory). With a fixed studio you effectively do the things you’ve done and get better at doing that thing. Getting inspired elsewhere can temporarily energise you and make.you think differently, but in my experience going back to the same space (with the same gear) can lead to the same results.

The kitchen table setup is a great way to explore new gear. It forces you to understand what it can do in isolation. The hard part is understanding how to bring that learning with you when you go back to a larger setup. In particular when you used the gear solo it fulfilled roles you had other gear for. When you return to the main setup, it’s easy to let devices take on their traditional roles again.

To combat this, I do a few things. One is to try and use single pieces of gear solo (periodically) in my setup (modular is tricky as a bigger setup isn’t necessarily “one instrument” so much as an ensemble). I also try and do similar things with pairs of items. I try and deliberately use items for a completely different purpose (Peak for drums, Bass station for pads, play my modular with a keyboard etc). Finally I try and rearrange my space about every 6 months so it feels fresh: having things in different spaces can encourage different ways of operating.

In short, I don’t use the “kitchen table setup” often, but I do try and bring that type of feel into my daily music making. I try and treat old things like new, and explore outside of their primary function.

I’ve been known to throw the occasional yoga mat at the studio floor and play there when my head finds it appropriate.

Also, I bought a fluffy carpet for our living room so I can sit on the floor and jam on my headphones while my partner watches her favourite tv shows. It feels like we’re together, each person doing what makes them happy, without me having to pay any attention to the tv (which always feels like a personal waste of brain cells).

Smaller systems, portable parts of a studio, are a great way to focus and bring something new to the main studio. Space is very important!

Your writing reminded me of Banana Yoshimoto’s ‘Kitchen’, but with synths.

I keep meaning to revive this thread and comment but every time I’m busy setting up a little jam somewhere in the house. (Usually the kitchen counter or this poof in front of the couch). I’m obviously a big fan of a contained and considered jam compliment. Also a im a fan of @pokk Martin’s work so rather than a discussion point I thought I’d just add my current “kitchen table” jam photo. Maybe its a cop out with the Tiny Studio thread and the Photos of of Sound Making Machines thread but context is everything and I make more music at this kitchen table (actually I have half my meals here anyway) that I still see the distinction. Further, I post this here because this recent iteration of my 104hp 6u system is Inspired by the time I spent on the Nord micro mod with @pokk ‘s mono log patches (this euro is simplifies setup indeed but much more tactile)
I am swapping the daiko out for an sad ultra kick bit think it’s a mini set up of the principles that I like from Martin’s (and many other) patching

Super interested to see this setup. I think you forgot to attach the photo?

I’ve often thought about building out a small modular setup based around some of the Nord patches, but only got as fat as working out some modules, adding up the cost and deciding not to haha. ££££

I was super inspired by Taylor Deupree’s Polr album which i think he mentioned somewhere it was a Doepfer system, I believe one of those pre-built bundle/package. He said it was quite limited so sold it, although that makes it sound even more interesting.

Aiming to kitchen table some well under used Mother 32’s this weekend. I will share some images and audio if it happens.

Super interested to see this setup. I think you forgot to attach the photo?

Correct you are -see below . Yes re Taylor and as similar a study I think @jwm utility music is similarly inspiring. Anyway Martin here is the current rig -I’m replacing the daiko with the
Ssf ultra kick but will probably settle with that arrangement for a while. If you know euro you will see the similarities with the nord 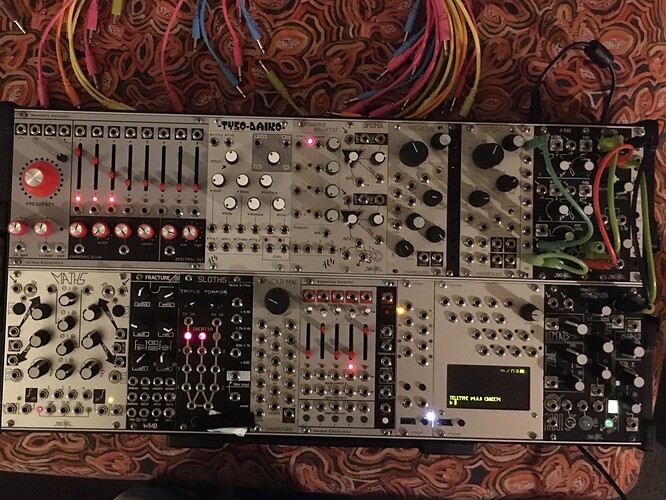 I’m really not very familiar with the modular world, so explain away. It looks like raw osc, lfo, trigs and filters, so assuming clicks, pings, tones and textures via the spectral module. Wild guess though hahaha. 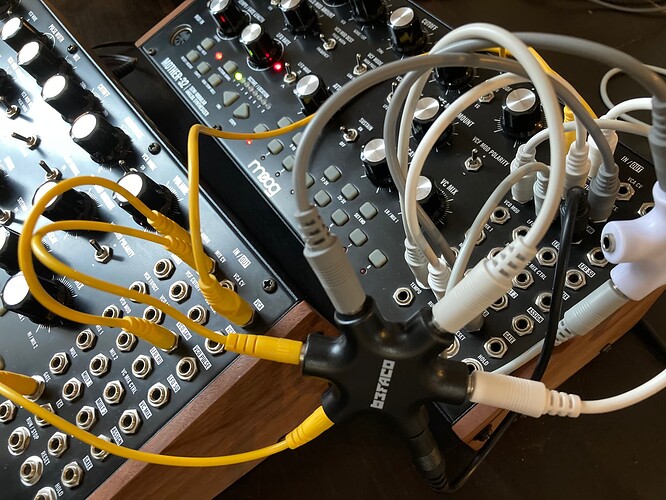 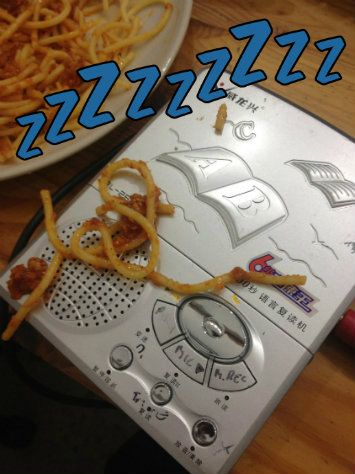 (this wasn’t actually on a kitchen table to be honest)

I’d say these are the things that is specifically selected with nord patching techniques in mind:
Stepped modulation in the verbos sequence selector which also has some limited gate sequencing
The verbos harmonic osc in place of the oscillator ensemble or a bank of oscillators which is impractical in a small system.
I use mangrove into the sub audio range and use the square out to create some higher clicking once filtered
On that the Fracture is great for synthesizing incidental noise and clicks. It’s a cheat from synthesizing from the ground up on the nord but within the limitations is a good use of hp.
Teletype for logic and logic based modulation and triggers plus a 3 stage gate ASR
I’ll keep this in mind when patching over the coming week and come back with more I reckon
Oh also, not using a pitch sequencer!!

I think ANMA used the Verbos on his release, sounds good I hear.
Filtered clicks off squares or similar is where it’s at. I remember visiting London Modular years back asking to hear different modules for their clicks and the guy in the shop through it was a bit weird haha, I think he was in that headspace of all these modules and you want to hear cilcks, but it’s pretty amazing how different they sound from gear to gear. The Reloc stuff was using the Nord Lead, which has a super nice quality to it, being digital/analog modelled, and although we used the Moog’s for some stuff, really felt the Nord clicks sounded way nicer. Much softer and easier to shape, and also the thumb from the resonance in the Nord sounds great compared to the Moog.

I’m definitely considering resisting the Mono-log patches, recording them out new and mastering for some releases or something. So many patches though I struggle to know where to start.

Your setup looks nice though. Yeah definitely post up some recordings.