It was released about 3 days ago. Just got the newsletter about it. If you scoop it, I’m curious to hear your thoughts!

These are great! Good selection of ‘true chip’ tracker choices!

Lack of VGM capture/export is unfortunately my dealbreaker when it comes to VSTs and other emulation-based approaches. What I desperately need is a convergence between the capabilities of Deflemask and those of the growing plethora of VSTs available (i.e., full MIDI support with any sort of VGM capture, whether under the hood or derived from a tracker sequence upon which MIDI commands might be committed in malleable form), although a hardware/VST combo would be even better.

I would certainly be more open and eager if I didn’t already have hardware, or if there were a standard fare of MIDI commands shared between different VSTs and MIDI controlled hardware. Currently, my interest in these is more academic, I suppose.

I have been enjoying this conversation and have enjoyed chip music for a long time. One of the best times I’ve had was at Blipfest in NYC (many years ago, I do not remember the year) where Cory Arcangel displayed some of his remixed Mario pieces.

Anyway. Here is my modest contribution to the genre. All authentic chip sounds sampled into a Machinedrum.

Blip Fest was always such a joy. It’s a shame that the organizers just kinda burnt out on it. I will upload a fantastic set by Ctrix some time to soundcloud so folks can hear it here. In the final year of Blip, Monodeer had a fantastic set as well. His stuff is currently on Spotify

I’m becoming interested in the OPL3, of late, and dug up this old thread:

Hey there, pretty new around here. Anybody have any experience with the OPL3/any Yamaha-based FM soundchips used for old DOS games? I adore the sound and managed to snag two Gateway Solo 2500s (for spare parts and peace of mind) for around $100 on eBay and started trudging through learning Adlib Tracker II. There are tons of old laptops with really grungy iterations of the OPLx chips out there to be had for cheap. But, by god, are the interfaces a little long in the tooth. Anybody on here had …

And then it occurs to me that it’s this chip that ALM uses in its Akemie modules:

I knew those modules used a new-old-stock Yamaha FM chip, but it hadn’t occurred to me that it was the chip in the old Sound Blasters. Very cool. It would be nice to see something like this with a MIDI expansion and maybe VGM playback (or even capture?) from an SD card.

Also, I was not even aware of the OPN2L until watching this:

The work Plogue is doing is truly unique. Thanks to @kasselvania for bringing them up.

Oh, and sorry for the rapid-fire posting, but for anyone looking for interesting hardware approaches to chipmusic, there’s a plethora of options these days.

On the Mega Drive side of things, I think the best way to tap into the YM2612 (or YM3438) and make best use of its 6 channels, as well as tinker with the actual instrumentation, the DAFM’s probably the best option:

If you’re fine with single FM presets in polyphony and want to throw in the 2612’s 8bit counterpart (SN76489) for good measure, Mega MIDI 5 might be a good option:

Otherwise, I believe the best way to tap into the complete sound capabilities of the Mega Drive is with the GenMDM:

For my part, I only have experience with the DAFM from among these devices, though I’d be very interested to hear if anyone’s used a GenMDM with Analogue’s Mega SG; I can’t imagine that it wouldn’t work as expected and would be especially compelling once Analogue releases the DAC:

I’ve been really getting into Modern Chair’s stuff, lately. He’s got a a pretty broad range in his approach to chipmusic, but so far his tone (sometimes somber, sometimes edgy as all hell) really jives with me and what I’ve been after in chipmusic for a good while, now:

So I’ve really just been blown away by what sorts of sounds I’ve encountered in the SID (well, SwinSID via the SID Guts module) in my efforts, lately, and wanted to share a little bit of it. The following use only the SID Guts for the voice with, at most, a VCA and a cyclic skew (as EG, LFO, etc.) providing additional embellishment of that voice (though some very minor circuitbending was involved in the second video):

13 Likes, 0 Comments - ᴿᴹᴮᴸᴿˣ (@rmblrx) on Instagram: “A bit of sequencing with envelopes and such from Starling's Via series of VCV modules, controlling…”

16 Likes, 0 Comments - ᴿᴹᴮᴸᴿˣ (@rmblrx) on Instagram: “#useheadphones Not sure how to explain this... it involves grabbing the grounds off a couple of…” 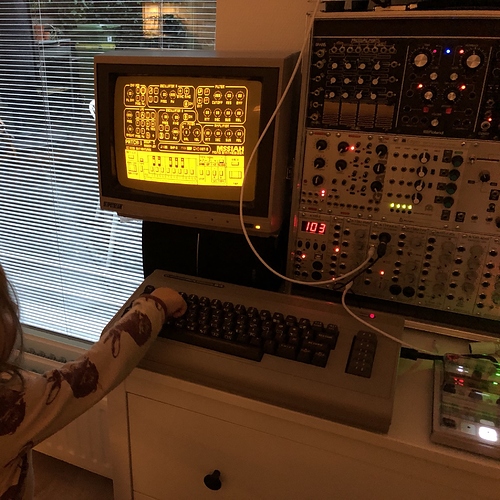 I’ve had this machine for years and now use it with my eurorack setup. It is basically the C64 plus a MSSIAH cartridge. Integrated into my eurorack setup via a Beatstep Pro. The MSSIAH uses midi in and has various instruments you can load from the cartridge directly to communicate with the SID chip (no coding required!). It’s only fifty bucks and has sooo much to offer. Great extensive manuals and other info: https://www.mssiah.com/

I used to have a Sidstation but I sold it. I really wish I hadn’t - that’s my biggest gear regret. There was a lot of menu-diving on that thing but the sounds were so great and full of character. I hope that Plogue’s upcoming SID VST recaptures some of that magic.

Also, Plogue is apparently going to be making hardware chip synths to go along with the VSTs they’ve been doing. I’m very interested to see what they come up with.

I was under the impression that Plogue’s hardware builds were test platforms they used to help develop the software. Are they going to make actual hardware products?

Ah, missed that. I find it hard to keep up at KvR sometimes.

This device should not go unmentioned here. I do not own this, but played it extensively at Schneider’s when I was in Berlin. Great feature set. https://busycircuits.com/alm012/

Well, it has gone unmentioned by me, as it’s my main squeeze at the moment; but I did just realize that I hadn’t linked it in this thread, so thanks for that.

SID Guts Deluxe is the voice I use in videos found here:

I’ve also been keen to get my hands on one of these, particularly since I’m eager to try an FPGASID in it:

And they also came out with a smaller version, lately, though I don’t believe this one to use an actual chip.

I dug up a 4track cassette of one of the songs I recorded for my Gameboy-centric album from 2013, Bolt Action, and took some minor creative liberties with its revision:

I’m on this album / cartridge / thing along with a load of other kick-ass chiptune musicians. https://asmgames.com/collections/frontpage/products/heebie-gbs-2019 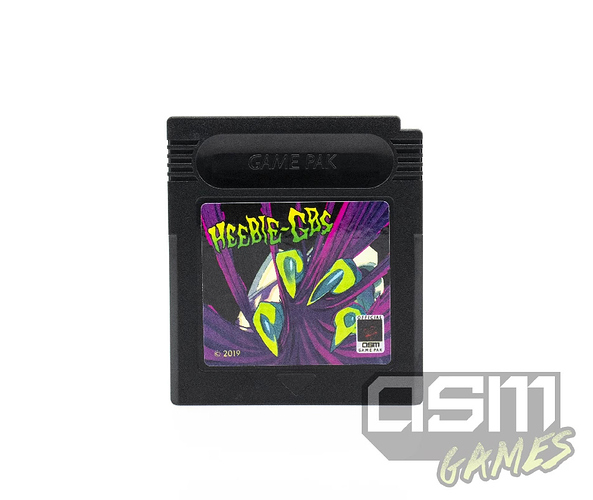 Such a great thread that completely went under my radar! I used to write some chiptune myself, I was even inspired to write music after seeing Bubblyfish live

@Smapti David Viens is a friend of mine. I get to play with Plogue’s upcoming toys.

I’ve really been digging this pairing of the SID (well, SwinSID) with the the Mega Drive’s FM capabilities (well, OPN2C rather than OPN2), and if this workflow I’m developing works out, I’ll have some more extensive demonstrations of this pairing in short order:

Mostly on-topic - I just got confirmation from Analogue that their upcoming Pocket system will work with Nanoloop Mono. I love the sound of that thing but the noise is horrid on my DMG. I’m really eager to hear what it sounds like clean.