i am getting fatter too easily the older i get (i’m sorry, given the title of the thread and it falls under ‘process’ …seemed the perfect thing to add here)

Started hacking this disposable sleep study device I got and am getting some useful multimeter readings! It’s got a finger blood pressure reader and an EKG sensor. Hoping to make a eurorack patch that accelerates tempo and timbral complexity as I read my Facebook feed, or something lol.

Sounds like the inverse of the doom scrolling reminders bot.

Any polysynth or something specific?

Recently I discovered the “16 fader bank” project: https://16n-faderbank.github.io/
It seems to be a fun way to find sweet spots, especially when learning a new module or a new patch.

And you can play with this idea without actually owing a 16 faderbank device if you have a MIDI controller with knobs or faders.

E.g. I mapped 8 faders of Novation LaunchControlXL to 8 CV outputs of Intellijel Midi 1u expander to control my BIA and Marbles for the latest Disquiet Junto project. That’s how I came up with all the sounds and loops I used in the composition, by finding sweet spots with faders.

For mapping controller to CC values I used this Max4Live device: CC map8 version 1.1 by veedjee on maxforlive.com

Would love to hear it. I spent an hour running my S6 through drives and amp on my HX stomp today. Lots of harmonics to chew on.

Out of the country at the moment, but I’ll definitely share something once I have something worth sharing. Would also love to hear what you’re up to!

I’ve always liked French Disko, i was playing the Bassline over my new TR-06 this evening, tried to sing the words and realised i didn’t know what they actually were, i googled them i now i like it even more, quite a unique phrasing. 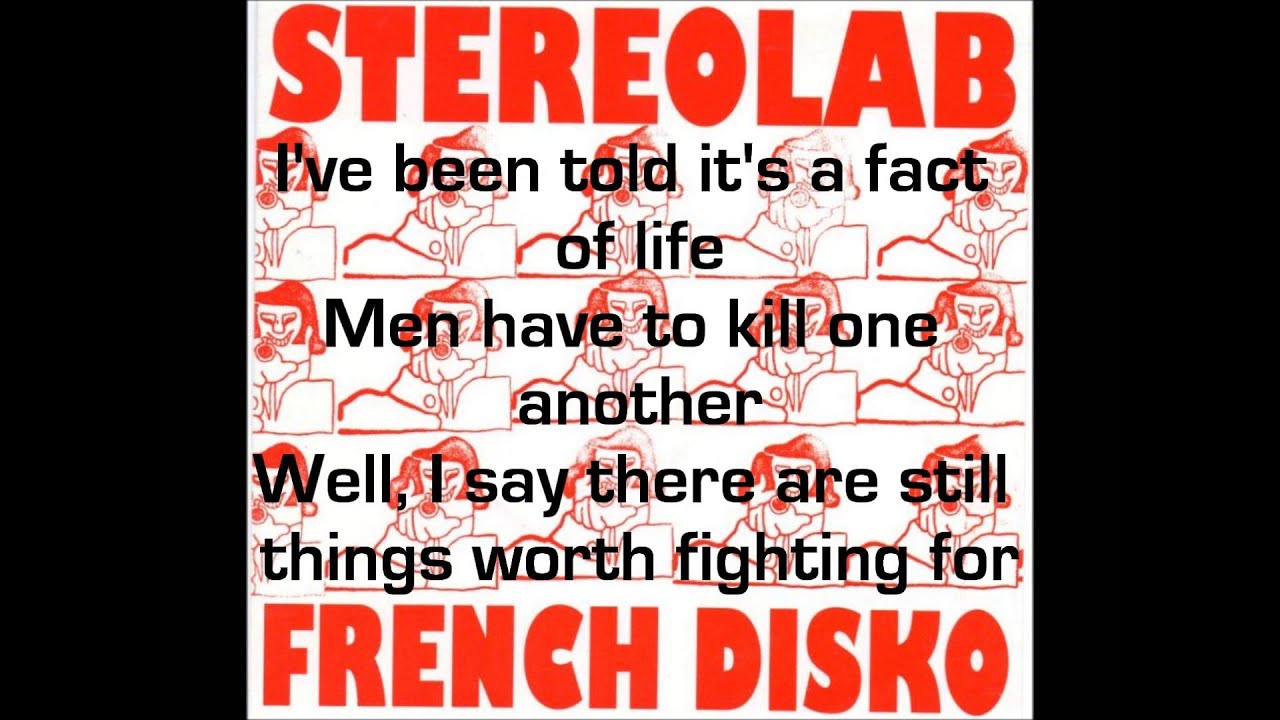 A quick Ableton trick to help me analyze recorded jams:

Advantage over markers is that I can use colors, control the size of the blocks, and when I cut/extend the timeline, they’ll stay in sync with the recorded material.

Hopefully it’ll help me save time when I revisit the project later.

Reminds me of a trick a friend told me about for working with an improvisation partner.

They would record long jams and then listen back to them each with a midi continuous controller set to record an automation track. As the jam was playing back, they would each manipulate their controller, moving the automation data up when they liked what was happening and down when they didn’t like it.

I found a pretty cool use for an envelope follower, which is to create envelopes based on delay responses. For this I used the Lyra-8FX delay, which I love but has a particularly gnarly sound. By sending a short burst of noise into the delay, and then sending the delay out to an envelope follower, I was able to use the resulting envelope to open a VCA for a different sound source which created a clean pseudo-delay based on the delay response of the Lyra-8FX. The envelope follows the degradation of the PT2399 delay without actually degrading the sound.

Found a cool trick to help me analyze “Board of Canada - Sunshine Recorder”:

I guess you can use the same technique for isolating other sounds, at least snares and hihats should be doable.

More about analyzing others work for your inspiration: Catalog of Attributes | Making Music book by Ableton

Today my small discovery was to triple and quadruple check those damn sennheiser wireless mics so I see that they are muted before recording two hours worth of interviews on a set.

oh dear. That happened to me once.

Everyone here probably already knows this, but today I discovered that Kontakt plays rex files.

No idea how I didn’t spot this till now, I guess I always assumed it was just for big multisample libraries.

a recent discovery that’s made the music-making process so much better for me is that it’s ok to abandon a track.

every time now that i’ve gone to make an album it’s never gone the way I thought it would and I learn something about myself and about the process as a whole. in the past I would fixate on every track that I made, and if it wasn’t working or exciting me, I’d slam my head against it until it maybe kind of sort of did.

this time around I’ve learned it’s ok to work on something for a while, come to the realization it’s kind of a fail, and just move on to something new that you actually do feel good about and excited about. really cuts down on the whole making-an-album-often-feels-like-pulling-teeth vibe.

My 4-in-1 screwdriver with the bit taken out makes a perfect hex driver for most nuts on my Eurorack modules. No more loose nuts!! 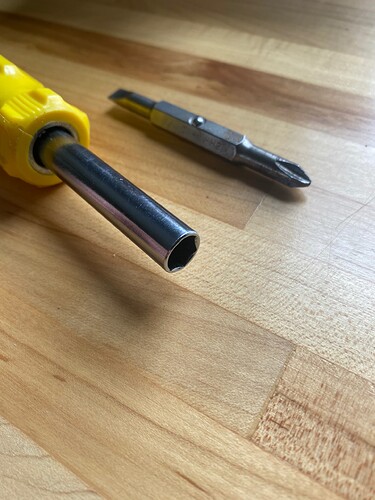 keep dice handy to augment wetware’s ram. code whatever temporary/arbitrary data you need in dice instead of short term memory so you can focus on performing and not remembering. 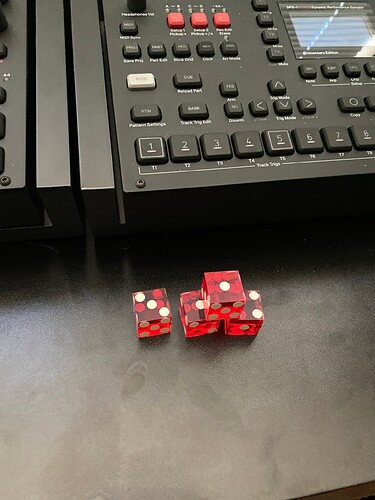