Is drumming with one hand and scratching with the other an option? for what i want, rane’s ttm 57 is the clearcut winner: 10" wide, xlr outs, magnetic faders, and very natural layout

iec power is a bonus

this otomo yoshihide performance indeed…
from ayler to hendrix. and a lot of the noise scene in between. great sound. i loved it, thanks.

and it’s the first time i get that a turntable can be used as a microphone. it opens the horizon. thanks again.

Yesss. I love this performance.

Just found this back: the younger version of me doing prepared vinyl (post-its and nails) and fx at a show. Was with a Korg Zero 4 mixer… miss that thing, had a looper, soundcard and everything!

Have any of you come across something like a Raider fader, but that’s MIDI-based? 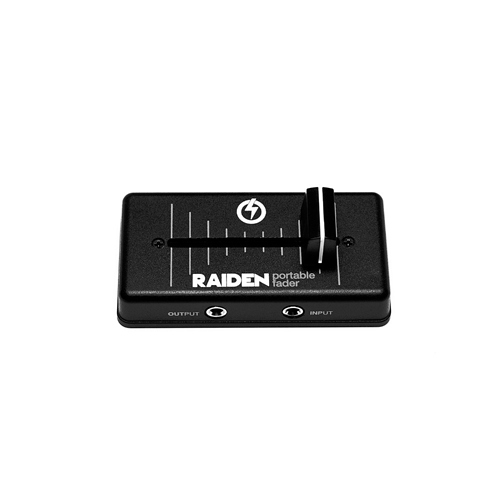 Or come across a DIY solution?

I’ve been thinking it might make for a crazy fucking addition to my snare/feedback stuff to have a crossfader in the mix, but it’s not really possible to do it like I normally do with a volume pedal (at least not easy). So I wouldn’t mind making something like this around a 14bit MIDI teensy type thing.

I’ve also dusted off my PT01 and am gonna order a slipmat, and 7" scratch record (and look into doing a couple scratch mods on it). Thanks again @rbxbx! 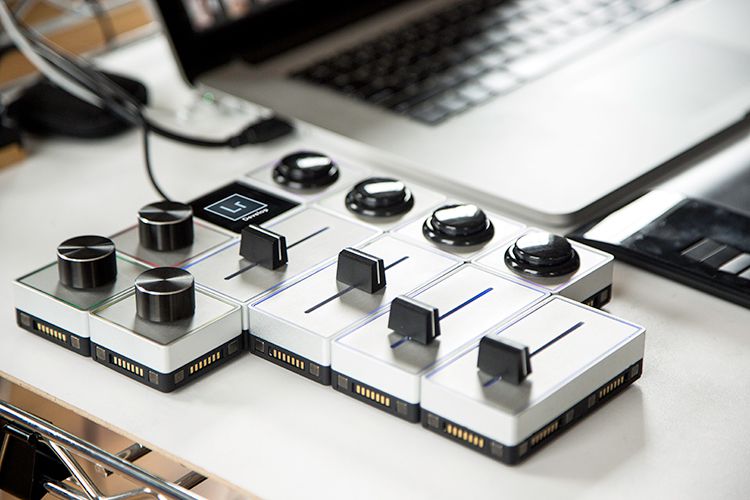 Control your favorite mixing software with snap-together sliders, buttons, and dials. Precise and personalized for the ways you work. Buy your Palette today!

I’ve also dusted off my PT01 and am gonna order a slipmat, and 7" scratch record (and look into doing a couple scratch mods on it). Thanks again @rbxbx!

For all the inspiration and tools you’ve afforded me, I’m glad I could begin to pay back in some minor way

I need to get the slipmat and scratch record still, but found a shop locally that sells, so that itch will be scratched sated soon enough.

Hehe, I tried to kind of steer away when I saw the portablism stuff as it combines several of my vices (small/compact things and modding/DIY) in a potentially dangerous way!

But while I’m waiting on my friend to hook me up with his proper turntables, this gives me a fun project to take on.

Actually saw this the other day, but I wouldn’t imagine that the fader is super light/fast like a cutting fader though.

damn, a lot of really interesting experimental turntablist stuff in here. I’m a fan of the hip-hop side of things, though. this is one of my favorite routines, and has an interesting little twist later on:

I just recently picked up a used pair of Vestax PDX-2300 and they’re alright so far. nice to get back to working on my cuts and juggles.

That is some refreshingly honest advice coming from a business that could ostensibly have profited from being less honest.

yeah, the bit about Super OEM decks is super pertinent, but he doesn’t go too into detail as to what “Super OEM” means. basically: when the technics patents on the 1200 expired, a Chinese company swooped in and started making OEM decks which were basically exact clones. most (if not all) new turntables on the market are Super OEMs, including the new Pioneer PLX-1000 that they’re trying to push.

get yrself a used 1200 or vestax, or the super OEMs are pretty good if you can get a good price (i got about 30% off of an audio-technica lp1240-usb and snatched it right up).

here’s a video of DJ Troubl juggling a 3/4 track into 4/4 (one of my favorite beatjuggle routines):

Ok, so looking at the Innofaders, and they have a mini one, which is what I guess the new Raiden fader uses:

But in looking at the comparison page they list a resolution (256 or 1024 for the pro one) and a response time (1.2-3ms delay), which leads me to believe that these are digital faders, or with little MCUs in them?

So for doing a DIY route might be better using a straight up passive fader, and doing 14-bit MIDI, which would give 16k step resolution (and the teensy response time is crazy fast anyways).

You could always e-mail Elliot and see what he thinks about it. I remember him being very friendly and approachable when he was developing the fader, always posting in forums and such.

I’m just going to keep posting turntablism routines I enjoy in this thread, if that’s cool.

Of particular note here is the technique he uses starting at 1:35, where he hooks his hand around both the upfader and crossfader, and staggers them to effectively double the cutting speed. It’s called the “Euro Scratch” and very few people do it. Also, starting at about 3:30, Prime starts to mix in mixer feedback. It’s a pretty crazy routine overall.

one of the best i remember
https://www.youtube.com/watch?v=pjxdIYl7REc