i’m using the ‘default’ usb cables with grid and arc.
now i need longer ones. i think twice their length would do it.
i’ve search the old forum, but didn’t find any info.

afaik, there are different qualities.
monome provides good ones. at least ones i can rely on so far (its been years, thank you !)

can you point me to brands or specs i should look for in order to get reliable usb cables ?
thanks for your help

In general I haven’t had any issues with a huge variety of USB cables. As long as it has the right connectors you should be fine.

i have a 10 ft one that is nice. i kind of don’t like the extra bit when i am up close but i love even just the idea of hanging back, sitting on the floor, laying on the couch/bed/chaise lounge. feels nice conceptually. probably great with WHITE WHALE, especially if it could have slew involved and variable row length per row.

Yeah I just use the cheapest cable from the supermarket - I’m using a 5m cable at the moment with no issues at all.

hey guys
thank you for your help

[quote=“dude, post:3, topic:720”]
probably great with WHITE WHALE, especially if it could have slew involved and variable row length per row.
[/quote] it suddenly sounds surreal

ha ha
now i know what my sequences need

i must confess though, reading things about hi-fi usb i got confused and didn’t know what infos could be relevant
after all i just want to make some room between me and my laptop…

I buy mine from Monoprice and haven’t been disappointed. The price is very right and the quality is entirely sufficient.

It’s a digital data cable, so there’s scant room for “high fidelity” improvement. Either you get an accurate stream of bits or you don’t. Cheap cables are fine as long as they don’t fall apart at the slightest provocation.

You can get one with gold-plated connectors and a ferrite core bead for under $2, which are the same features the so-called “audiophile” USB cables will charge you an insane premium for.

Considering you can buy two of them for less than the price of one at retail, I just buy extras and keep them in my gig bag as “in case one fails” backup. Never had one fail yet.

thank you for your reply
i’ll get ordinary cables
monoprice seems to be a good place to buy them. i’ll look for the same kind of retailer in europe then

Hi. My ansible is with my synths, and I’d prefer to operate my grid at my desk across the room. I searched the forum and found a post about using longer USB cables. Seems like it shouldn’t be a problem, so I bought a 32-foot “active-repeater” USB cable for my grid/ansible.

But it doesn’t work! When I plug into the ansible, I get the light blip on the grid indicating that it’s getting power, but then the grid goes dark. When I press the button on the ansible next to the USB jack, the light goes off and then the ansible is unresponsive until I power cycle it.

I experimented with inserting a powered USB hub in between (I tried having it closer to the grid and closer to the ansible), but that didn’t make a difference.

So… should this work? 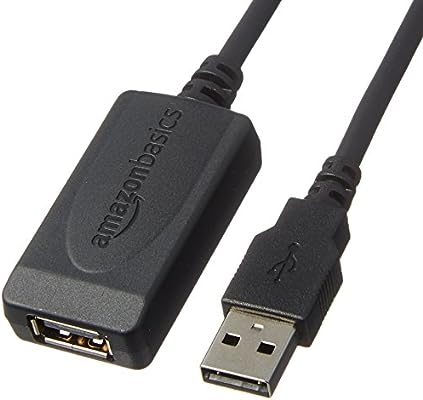 Seems to be some circuitry that needs to be powered in the cord, so you may be trying to pull too much power out of Ansible?

Bus-powered devices that require USB 2.0’s full 500mA per port (like some USB wireless adapters and bus-powered hard drives) may require a powered hub between the cable and the device.

That’s what I was thinking too. Seems like the wall-powered 12V USB hub in between should have worked… [UPDATE: After some fiddling, I determined that only one of the ports on my powered USB hub receives power from the wall. The rest of the ports are bus-powered, I guess. I’ll try to dig up another hub that has more powered ports, and I’ll report back.]

If anyone reading this has managed something in the 25-30 foot range, I’d love to hear about what you used!

unfortunately, ansible doesn’t support hubs. if i understand correctly, that thing acts as a hub with a single port.

Hmm. In that case, do we know the longest USB cable length that’ll work with a grid? Further up in the thread someone stated that they’re using a 5m cable, which is about half the distance I was trying for…

UPDATE: @Jonny, @zebra Today I received a 20-foot USB cable and can confirm that it works. So the max length seems to be between 20-30 feet.

Tomorrow I’ll receive a USB Y-splitter cable for powering the grid externally and will see (after clipping the red wire on the data leg) how that works with the original 30-foot cable. Progress!

UPDATE 2: I modded the Y-splitter cable and confirmed it works with the 20 ft cable, but it doesn’t work with the 30 ft cable. Put another way: the 20 ft cable works with or without the modified Y-splitter cable, and the 30 ft Amazon Basics cable (which, incidentally, is noticeably lower build quality) doesn’t work at all. I then tackled it from the other end, and found a longer (6 ft) USB A to mini-B cable than the 3 ft one that came with my grid, and that also works with the 20 ft extender cable unaided by the Y-cable. So I can confirm 26 ft anyway.