Basically… using a hipass filter will do the trick (removing frequencies below say… 10 hz or something like that)
I use the SuperCollider audio programming language which has LeakDC.ar() which does the job also…

Recently I’ve been revisiting the use of microphone feedback in my work, with the goal of having (reasonable) control over both the pitch and volume / amplitude of the output. To be clear, there’s no digital components in the setup I’m discussing.

I’ve been having some success with pitch manipulation, but am struggling to be able to control volume such that the feedback itself is maintained, without also jumping to ear-splitting levels. I’ve done some reading on artists like Lucier, Tudor, Nick Collins and others, who mention the use of hardware limiters in their signal chain, presumably to cap the volume of the feedback at a given range.

To experiment, I purchased a relatively inexpensive Boss RCL-10 Micro Rack Compressor/Limiter, but when putting between the microphone and loudspeaker it doesn’t seem to be working as anticipated, i.e. taming excessive volume levels.

Does anyone have experience working with feedback in the way I’m describing, particularly in terms of being able to maintain a reasonable volume level? Understood that ‘reasonable’ here is certainly subjective, but looking for something that’s, say, about the same volume as if you were to be listening to music in your living room (again, subjective I know

Should microphone -> limiter -> amp / loudspeaker work for what I’m describing, or am I missing something about how those artists are utilizing hardware limiters in their setup?

Any guidance would be appreciated - thanks so much! tanh[3] is a three channel, all analogue, wave shaper. It takes an input signal and outputs the hyperbolic tangent function [tanh (x)] for that signal. In more useful terms, it adds curves to a signal!

Focused on limiting feedback and delay lines, from what I’ve heard it works really well with anything like clouds or chronoblob

Thanks for the recommendations! Based on the description, it does sound like the tanh would work well in this context.

I am still curious, though, assuming again that the artists I’ve looked into (Lucier, etc) were using (or creating) equipment more similar to something like a standard limiter, why that standard piece of equipment doesn’t seem to have been effective in my case. I see mentions specifically of voltage controlled limiters, and wonder if that’s the difference between my little Boss limiter and what they were/are using…

Of course, if it’s that I need something more sophisticated then I’m all for it.

Would love to hear some more tips and recommendations in this thread.

Just wanted to say no-input mixers aren’t a analog only thing — you can get really interesting soundscapes just from feeding sends into themselves on Ableton, and it’s not bound to sterile, «perfectly digital» sound if you know how to create instability and chaos. You also get very precise control and nearly infinite headroom, a stereo signal path, and a lot of flexibility. And you get as many effects as your computer affords you to run in real time, which is usually a lot.

EQs allow easily creating oscillating peaks. Frequency shifters with very small shift frequencies or granular delays with very small pitch shifts provide an interesting way to disturb stable oscillations created by resonant filtering, creating phasing patterns and slow timbral changes. Granular delays that only alter the signal by slightly jittering the delay amount by a few milliseconds can also give the sound a sense of organic movement. Saturation, erosion and vinyl distortion allow the addition of grit. A limiter at the end of each feedback path set to 0dB with some amount of gain is all you need to maintain oscillation indefinitely without blowing up.

This is super helpful! Will try something along these lines tomorrow.

In modular, I like to maintain infinite feedback loops with an envelope follower, inverted, controlling a VCA. There’s a careful balance of gain, VCA bias etc. but it should be pretty much the same as using a limiter.

I used to use a Bastl Dynamo plus a VCA, or Maths and a VCA, but now I use a custom ER-301 unit for that.

would you mind walking us through the er-301 patch? sounds useful…

In my experience/advice: Feedback anything and everything you can, don’t worry about damaging anything except the PA so don’t make the amp itself clip

try ‘and’ pitch shifter too tho

would you mind walking us through the er-301 patch? sounds useful…

The HPF is just to block any DC bias (though the ER-301 has AC coupled outputs, one can also use this in an internal feedback loop; having another unit in front of the VCA also helps make routing easier inside the custom unit). The VCA has a positive bias but the gain on the envelope follower is set negative. The output limite r isn’t really necessary if patching this in hardware, but in the ER-301 I figured why not have a little extra control over saturation and the output level.

The main idea is, the VCA increases the level when it’s low but the envelope follower suppresses it when it’s high. Works best with a delay, reverb, resonator etc. in the feedback loop so there’s more than just a noise floor to amplify.

I like my tanh[3], but I tend to use it for saturation or to change CV shapes instead of in feedback paths. It’ll eventually turn everything into squarewaves if something else isn’t managing gain anyway.

cheers. thanks for this. I tried to use my tanh in the feedback path of my 4ms DLD after sending through a filter, but couldnt really find the sweet spot between little effect on the signal, versus runaway oscillations.

Ahh yes, this is exactly what I do with my no-input mixer setup. I have the mixer running into a cheapo Boss DS-1 Distortion so I can tame the levels before it hits the audio interface and/or main mixer. I also have a couple delay pedals set up on the fx send/return. Pure noise.

Anyone have info on how Radigue used feedback in her pieces?

(looking forward what they will release next!).

Curious about this lil machine 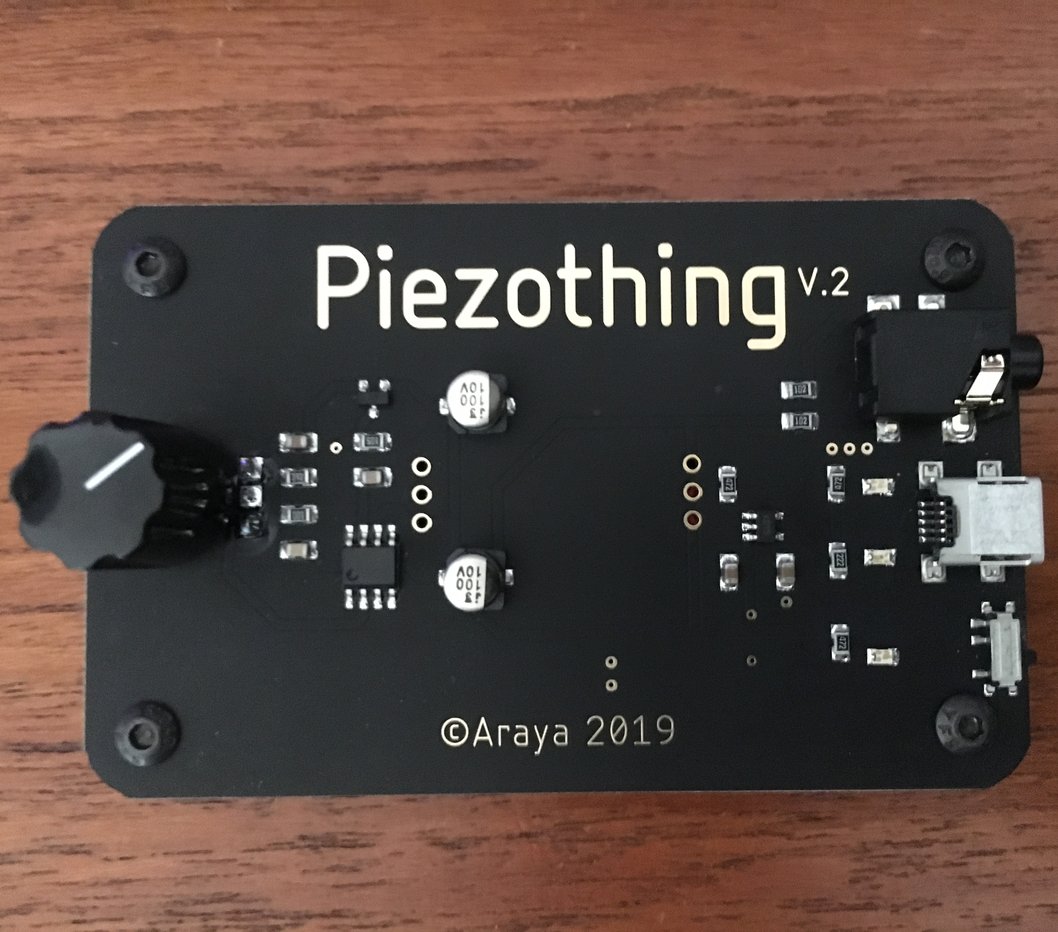 FYI I did programming and live sound engineering for Alvin for a while some years ago, and at that time (of course, decades after some of his classic, now canonical, works), he was opposed to the employment of a limiter within live feedback loops. This demanded mores significant involvement on my part, i.e., “playing” the feedback loops in real-time to keep everything under some control.

check out Julia Eckhardt’s book on Radigue, Intermediary Spaces. Its mostly one long interview with Radigue and some other additional writing, and she goes into a bit more detail about working with larsen/feedback and tape loops than other talks/interviews I’ve seen. Not in an overly technical “here is how you do this” way but if you just want more info on her processes and development/personal history you can’t do better than that book

Has anyone ever used guitar EQ pedals in feedback loops?

I was thinking about something like a FXDf (if only I could find one!), or an EMW Fixed Filter Bank or Bastl Propust, when it occurred to me maybe a pedal would do the job. I’ve been using software EQs, but I can see benefits in having analog EQ for feedback loops and/or overdriving…

EQ is one of the things that can affect a feedback loop the absolute most. I do have a graphic EQ pedal but I have to admit I rarely use it compared to the EQ on my mixer. I can try to make a demo of it though.

I think the ideal, which is what I’m looking for right now, would be a rackmount graphic EQ as they can go for very cheap used. It depends on if you have the space for one though.