Has anyone come across this controller before?

I had seen it, but dismissed it as a “posh nocturn” … But that was back when I thought that that monomes were “posh launchpads”.

I have an illucia dtr, which is very similar to the vavdo if all you want is to use it as a controller. The vavdo’s certainly a beautiful object, a pity they’ve stopped making them. And the vavdo S suite of synths is great.

Intrigued by the illucia dtr. I take it that you bought one of the 20 pieces that got sold, or did you build one yourself? Would love to try one at some point but am completely useless with DIY. If you could advise on how/where to get ones hands on an illucia dtr, i’d very much appreciate it. as i’m planning to consolidate my eurorack system down quite a bit and integrate it with the computer more, the illucia could be a good addition.

I’m in the process of consolidating for a move so I might be letting go of mine. It was awesome, but sadly, I need to let go of a lot to fit into my new space. Sad face.

let me know if you decide to part with it?

My illucia is one of the original run. I changed the bananas to all black because I like black.

I’m sure you know this, but appearances are deceptive - the patch matrix on the illucia does not pass any sort of signal and is not compatible with any external voltages, so it isn’t any sort of interface for euro or other signal generators with the computer. Just saying, so you don’t get your hopes up about that

I’ve had some great results with the illucia, in fact I hacked grout to work with it to (imo) great effect. Just having only six pots is a limitation, but it can also lead to some interesting programming results (one pot controlling several parameters at the same time). This also applies to the vavdo.

I would say that I find it impossible to run the illucia and monome concurrently; the illucia crashes as soon as the monome connects. So that’s a bummer. So I really use it as a solo interface only. I had plans to use them together but it’s a no go. At least that’s my experience.

Having said that, it’s a fascinating device that can lead you in unexpected directions. I’m very happy to have one.

Sorry for the sidetrack - back to Vavdo now. I’d snap a Vavdo up immediately if they made another run, just to have the instant integration with Vavdo S and the knob layout.

that was crazy cool - tetrilifecollisions. speechless -or at least incoherent…

@strettara: thanks for your post. bummer that the illucia doesn’t work in conjunction with a monome on the same machine, but it won’t matter too much for me personally as i’ll have the monome hooked up to the eurorack system via a white whale and a meadowphysics.

what is this “grout” thing you write about?

and to bring the discussion back to vavdo again: i’ve downloaded their free Vavdo S synths, and it really is lovely. looking forward to use that going forward. it’s already quite fun to use with a mouse alone.

It may just be a problem with my own system, i don’t know.

Grout is a four voice granular synth I’ve been using a lot. I’ve modified it to run two voices with grains in the 1ms to full sample length range (that could be even several minutes!), with a couple of LFO’s and S&H to make things a little more lively to modulate the control parameters. So I’ve turned it into more of a concrete music thing than granular (I don’t find granular very interesting myself).

Vavdo S is cool - unfortunately it requires the buttons to work, otherwise it would be easy to hook up to a box of midi knobs like the faderfox pc4.

The problem with such boxes is that is very difficult to manipulate parameters simultaneously, which I think is very handy on S or other software, unlike vavdo which is designed to do that as they claim. Plus the buttons 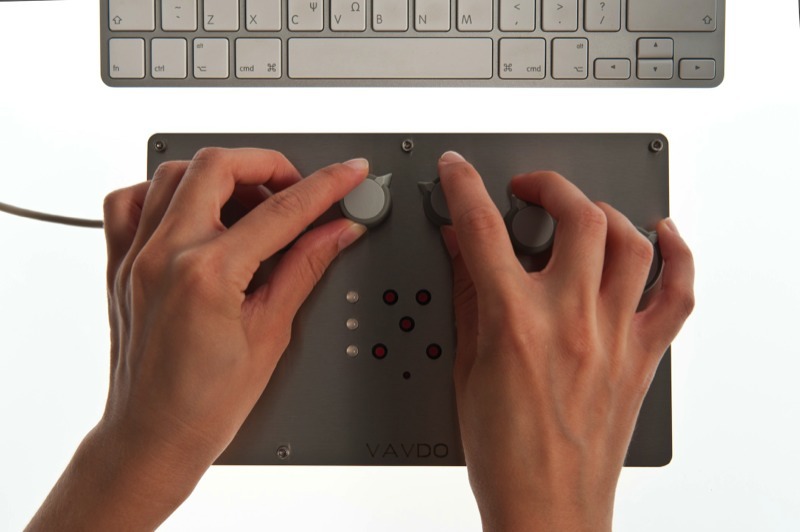