Let’s use this thread to discuss VideoLAB, the Unity toolkit being developed by Teenage Engineering. 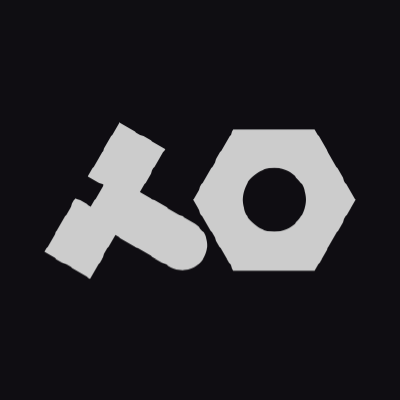 Contribute to teenageengineering/videolab development by creating an account on GitHub.

Contribute to teenageengineering/videolab development by creating an account on GitHub.

Had some success yesterday sending basic modulation from Max to Klak/Videolab to control rotation/transform of game objects. Will post more + a little documentation ASAP.

Really want to get the ‘rigidbody’ + addForce component working, too - I can imagine some exciting stuff adding random ‘pushes’ to game objects in a scene, then using the collisions as MIDI outputs to drive external audio-

As someone whos been doing clunky MIDI/OSC i/o between Unity and Max or Ableton for ages, i think the free Videolab package might be the most exciting part tbh!

ooh followup though: would be so nice if the various videolab/klak objects had help files or documentation similar to Max objects. @shellfritsch - saw you had added a bit to the github?

thx for all the documentation you’ve added thus far - its already lightyears better than the OG klak release!

Yes, looking back at the midiKlack examples, you can see how nice videolabKlack is now.

Regarding docs, its very nice to have something there even if its a little sparse — hopfully the gaps fill in as time goes on.

Ive hit a few stumbling blocks so far, but its going much more smoothly than anticipated.
Currently, however - I can’t get animation to play on the opz app the way its described here

The rigged asset and animation clip loads into unity properly.
The klack patch is set to play step by step as in the docs
Inside the unity game view it responds properly when I press play on the opz, it plays.
But — after loading into the app, it will not play.

Not sure where the problem lies, I suspect it could be how the animator is set up, or possibly there are some settings in the klack patch animationOut node that I need to adjust.

Has anyone gotten further with the opz app and unity animations yet, specifically, animation loading in by fbx clips created for rigged assets?

Would love to hear about other people experiences so far!

@polyoptics truu all above. I think my interest is mostly in using Videolab/Klak with other input (likely Max rather than OPZ), but still a lot of overlap.

Would it be helpful if we had a Unity./Videolab category or thread here, or even a FB group to reach a wider user base?

@shellfritsch - saw you had added a bit to the github?

ah just a lil bit. only got involved towards the end and did some minor typo corrections. i’ve been exploring it from the “newb” perspective and giving feedback/asking questions that then helped them make the wiki a little more clear.

Currently, however - I can’t get animation to play on the opz app

Would it be helpful if we had a Unity./Videolab category or thread here

i’d love to have a videolab thread!

@mdg Cool – what kind of stuff are you making? +1 on a videolab thread

@shellfritsch ah ha! that’s really cool that you got involved with TE – the wiki has been my only source of info, so, your effort is MUCH appreciated!

I feel like just one example scene of what the wiki is describing would do wonders to cut down on the 'million question` syndrome. Thanks for checking in about it!

Have you been working with anything in videolab yourself so far?

+1 on a unity/video lab thread

Naïve questions…
so you build you ‘app’ on the unity desktop, then export it as an APK, then transfer this to iOS where the OP-Z companion app then can run that unity app - correct so far?

I guess, Im wondering, if I do unity dev for the OP-Z, how tied it is to the OP-Z and its companion app, or could it be used with other midi controllers , or on running unity on a laptop.

mods can we get some of these posts moved over?

can we get some of these posts moved over?

done! feel free to flag any i missed, plz!

@polyoptics so apparently midi clock over bluetooth was removed from the app at the last minute to save bandwidth. they are gonna update the wiki

however, there is a way to drive animation by using tempo from the VideolabInput module…

I’ll take a stab — although i am definitely NOT a developer!

You build a videolab package from a unity asset bundle on your desktop machine. That pack you will xfer to your ios device and it will run in the opz ios app.

The special part i think is that the workflow is very good, and you dont need anything more than your phone. You can leave your opz and phone hooked up to each other, and the desktop machine, and very easily put videolab packages on the opz and see them in the app. And iterate. Not having to have a laptop is great too, unless you already have one…

Trade off (i think) is that the videolab for opz is more limited in terms of what you can make, than if you were just using a laptop with desktop unity installed with midi control.

Correct me where i’m wrong pls!

Whoa crazy news! — Will reply longer when i get a chance, but thank you so much for the info!!

@mdg Cool – what kind of stuff are you making?

Mostly trying to apply a like, ‘modular’ paradigm to working with Unity/VR, so, generative motion + spatial sound etc, rather than the typical game engine ‘if that then this’ kind of work flow. I’ve been clunkily working with controlling Unity via OSC/MIDI from Max, then sending OSC back to Max to spatialize the sound, but Videolab/Klak seems super promising! here’s from a previous project: little bit of video here (was made in VR, but hard to capture in 2d lol) https://vimeo.com/225567998

Thanks @shellfritsch - confirmed that the videoLabInput tempo setting can drive the playback speed. I’m see animations play on the opz now! Trying to work in a restart or some state control now.

Ah cool! – generative motion is such a great fit for live visuals. the bidirectional possibilities are very interesting there too. Looks like you’ll be free of the opz limitations too which is nice.

awlright - nothing too exciting but got a few things talking to each other:

I’m curious, has anyone had any luck calling a custom function/method from the ‘event out’ object?

Coming along nicely! Wish i could help with your question, but its over my head.

I put in some time over the weekend too, just basics, so far. Cant help getting excited over everyones progress, great stuff!