Since there is a “Cassette release spam” thread, can we have a vinyl release spam thread as well?

Are you releasing vinyl? BOoo! I wanna release vinyl!! throws toys out of pram.

renamed vinyl releases because why should this even remotely be considered spam?

renamed vinyl releases because why should this even remotely be considered spam?

Totally right! I just took the name from the other thread, which I guess is meant slightly ironically.

Are you releasing vinyl? BOoo! I wanna release vinyl!! throws toys out of pram.

Yes, I did release a vinyl last year. Or actually we did (the duo I play in). It’s not really new, but I liked browsing trough the cassette release thread and I was interested in seeing who released a vinyl here. It is a pretty different thing than releasing a cassette or a CD. Mostly because it’s so much more expensive. Not sure I would do it again in retrospect, but it was great learning experience… and yeah, I think everybody should release a vinyl at least once!

Anyway… this is the vinyl we released:

why not - my band just announced our next record, and vinyl presales (ltd edition white vinyl from our webstore presale only, kinda cool) are up at our website. here’s the cover! 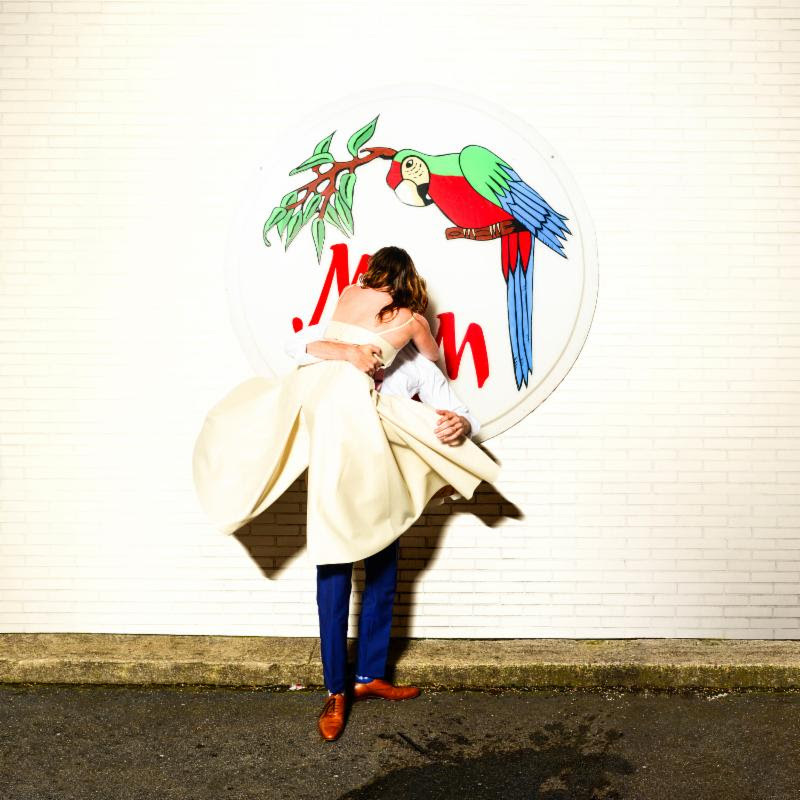 This was a few years ago but hope it’s OK to share. Putting out a record on vinyl was such an exciting process. It actually got a bit too exciting…

I was late to the mastering session because the underground line was down, running through North London, trying to find the studio. I kept stopping and starting, checking the map on my phone… suddenly a huge pane of glass landed on the pavement 10 meters from me - where I had just been standing and shattered with glass flying across the street. Shocked, I turned around and saw the street I was looking for and the studio and was straight away met by the engineer and one of the guys from the label I’d never met… given I was already quite late, I just regained my composure and pretend that near death experience never happened…

Anyway, I’ve still got a few copies of this.

Let me also point you to this recently released vinyl by a friend, Threshold by Matthias Puech (which you might know from his work on the Mutable Parasite firmwares).

Order from Ready Made

Thanks for the kind words.

Really enjoying ‘for n.y.’ off your record

Also thanks for the recommendation of the Matthias Puech record, I’ve just ordered a copy…

Really enjoying ‘for n.y.’ off your record

It’s interesting that most people seem to like that track best. It’s probably the one I personally like the least on the vinyl. Probably it’s because in retrospect I don’t like my guitar playing there…

It’s interesting that most people seem to like that track best. It’s probably the one I personally like the least on the vinyl. Probably it’s because in retrospect I don’t like my guitar playing there…

It’s interesting, I think we have a very different perception and relationship with our own music compared to that which others have with it - I find myself so much more focussed on the intricacies that I’m sure I lose a perspective. My favourite remix I ever did was the one liked least by the band I did it for…some of the more popular tracks I’ve made make me cringe so much I’d like to disown them… 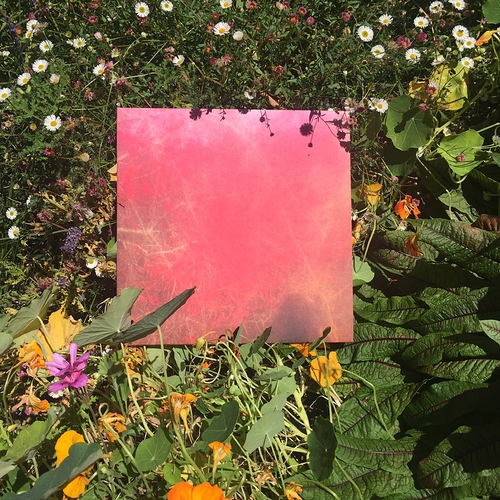 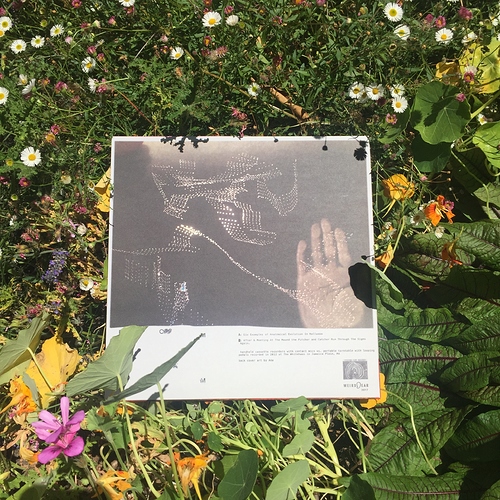 Byron Coley has the first word:!

Documentation of a rare summit meet by two of New England’s stranger musical figurines, recorded at the Whitehaus in Jamaica Plain, MA back in 2012. The piece was created as a sort of dub battle showdown, with FOOM’s turntables and Foam’s cassettes & doodads all plugged into a 4 track and lit the fuck up.

The jams here are languidly-paced, in comparison to a lot of contemporary assemblage, and the instant compositions unfold in way that puts one in mind of classic work by the L.A.F.M.S. Too often these days, music with some of the same experimental approach as is heard on FOOM & FOAM is either done at breakneck cartoony speed or stretched out endlessly. And while I like a good head-snapping or an excuse-to-nap as much as the next guy, I prefer it when artists doing abstract work allow you the space to ponder their plunder without making you wallow in it. With that in mind, this album unwraps itself like a precious gift for all to enjoy.

By using previously recorded sounds as source, the artists eradicate both the ability and the necessity of trying to identify the instruments or objects producing the noise here. These are just sounds, freed from their original sonic context by the initial act of recording, now existing as naught-but-signals, to be interpreted by our brains as they see fit to interpret them.

The F&F duo seem to understand this implicitly. And it allows them to manipulate the surface representations of previously-captured events in ways that recall Dennis Duck Goes Disco, Steve Fisk’s 448 Deathless Days and even Orchid Spangiafora’s Flee Past’s Ape Elf. These confusional classics are all of a piece with the work here.

Timeless beauty. All for less than the price of a good over-the-knuckle leather thimble. I’m not sure what you’re waiting for, but get over it.

Oh how I wish there was a tape release of this.

should have been on both formats, but finances would not allow - feel free to dub up a bootleg, promise we won’t sue! 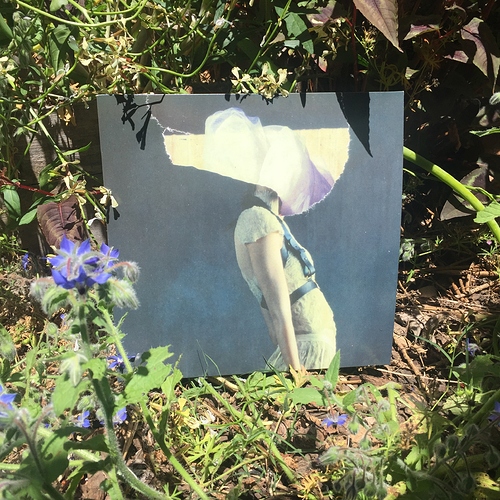 Following up their recent Hypehunt released via Random Numbers, Attilio Novellino and Collin McKelvey take us with Métaphysiques cannibales to a further stage of their collaboration – which started in 2014 – adapting to their work some of the key conceptual assumptions of Eduardo Viveiros de Castro’s same titled essay.

Acoustic instruments, analog synthesizers, modular synthesizers and tape recordings have been used in a composing, editing and mixing procedure typical of musique concrète , combined through different steps with electronic processing and granular synthesis. Rather than expressing a rationality that is strictly informed by rules and syntactic procedures, sound organization is here conceived as both as a dispositif of creation and a practice of knowledge: a triggering device to activate a liberatory dynamics to the recognition of mental patterns and new cognitive habits as the first steps of a transition towards a territory that is free from the narcissistic presence of the observer, and therefore immune to the dominant knowledge paradigms.

Sound as a device to subvert the anthropological habitus , which in fact recalls Eduardo Viveiros de Castro’s point towards a “permanent decolonization of thought” by exposing the authenticity of man’s predatory and cannibalistic acting.

Métaphysiques cannibales , which is out June 1st 2018 through Weird Ear and Kohlhaas, comes in a 300 copies edition on black vinyl, featuring cover artwork by Matteo Castro.

It’s a deal with 20 characters.

Here’s my new record, available to order from today. Only a short run press of 30 copies 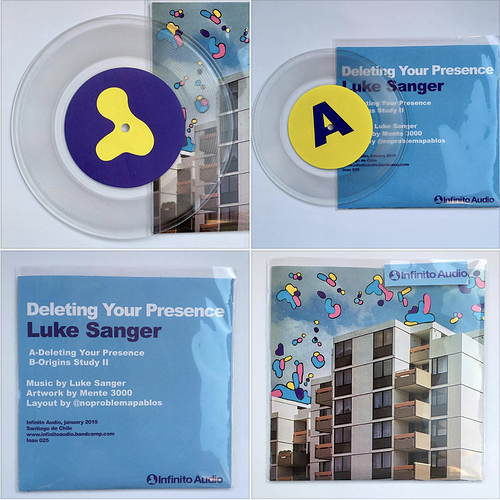 I haven’t found any place in Europe with the availability to do runs of under 100 copies / don’t know any place near me that presses vinyl (based in Spain).

I don’t want to start a new thread for this so I figured I’d chime in. Though a separste thread would be useful in case this gets lots of feedback (?)

Under 100 copies you might be better off looking at lathe cut releases… even with like 200+ copies of a pressed record almost the whole price is the setup costs. I think with a run of 100 you’d effectively be paying for them to throw some excess copies away

https://www.discogs.com/various-The-Date-Fork-Seeps-The-River-Volume-3/release/7556050 I have a handful of copies of this for sale if anyone is interested. ultra-weird short tracks/sounds/noise + locked grooves compilation on which I have 6 endless locked grooves