Low tech question for lines, I know, but does anyone have any experience with vocoding pedals/boxes? I’m adding some stuff to our touring setup for the next cycle and need a simple but rich vocoder. No pitch tracking / internal synth / harmonizer / bells & whistles necessary, just the standard carrier and modulator inputs. I’ll probably be running a mic and a prophet 6 into it, in case that affects anyone’s suggestions. All the demo videos of these things are always guitar shop guys.

Boss just recently put out one that I wasn’t too impressed by. Though it may have been the guitar demo…

EHX V256 looks promising. Tara Busch of I SPEAK MACHINE uses one in this cover of Cars, and maybe on a bunch of other stuff?

Also this guy is demoing it on his keyboard.

Bumping this thread since the last reply is 5 years old and I imagine new tools have been born. Looking for a way to creative a vocal argument/dialectic of sorts in a live setup, with hardware only. Also, new to lines and find it the kindest place online. Whew just in time!

Also curious for tips, mainly in eurorack form. Recently having a blast by just using the Desting mk4 Vocoder, could use something more substantial! And welcome @Localprestige !!

Kinda surprised no one has made a vocoder/harmonizer script (that I’m aware of).

I realize this is an equipment thread, but I thought I’d throw in my thoughts on vocoders from more of a software DSP perspective.

I’ve used a few software based vocoders, and have even implemented a few myself. Vocoders can work on any input, but most often the effect is associated with the human voice as input. And some vocoders are better than others for this.

The typical way to implement a basic channel vocoder is using a filter bank of bandpass filters, such as the one implemented in the standard FAUST library. However, on the voice, this has subpar results IMO. A subjective measurement for the quality of a vocoder is intelligibility, and this implementation is too general purpose.

Improving intelligibility in a filter-bank channel vocoder can be done a few ways. Tuning the frequencies of the filter to better match formant regions is one approach. Another approach used is to implement a sibilance detector at the input, that detects when the input is saying plosives sounds, and injecting white noise into the signal.

To date, my favorite vocoder plugin has been the mda talkbox, which I ported to Soundpipe a few years ago. It’s a very cool algorithm because instead of using a filterbank of bandpass filters, it uses LPC, which is a technique commonly used in speech codecs. The end result is a vocoder sound that produces very intelligible results.

I bet that with a little bit of tweaking, a version of the mda talkbox algorithm could be adapted to run on a memory-constrained embeded device like the Daisy Patch as a eurorack module. It could certainly work no problem on something like the Norns.

A very substantial vocoder in euro rack is the Fumana by Frap Tools. 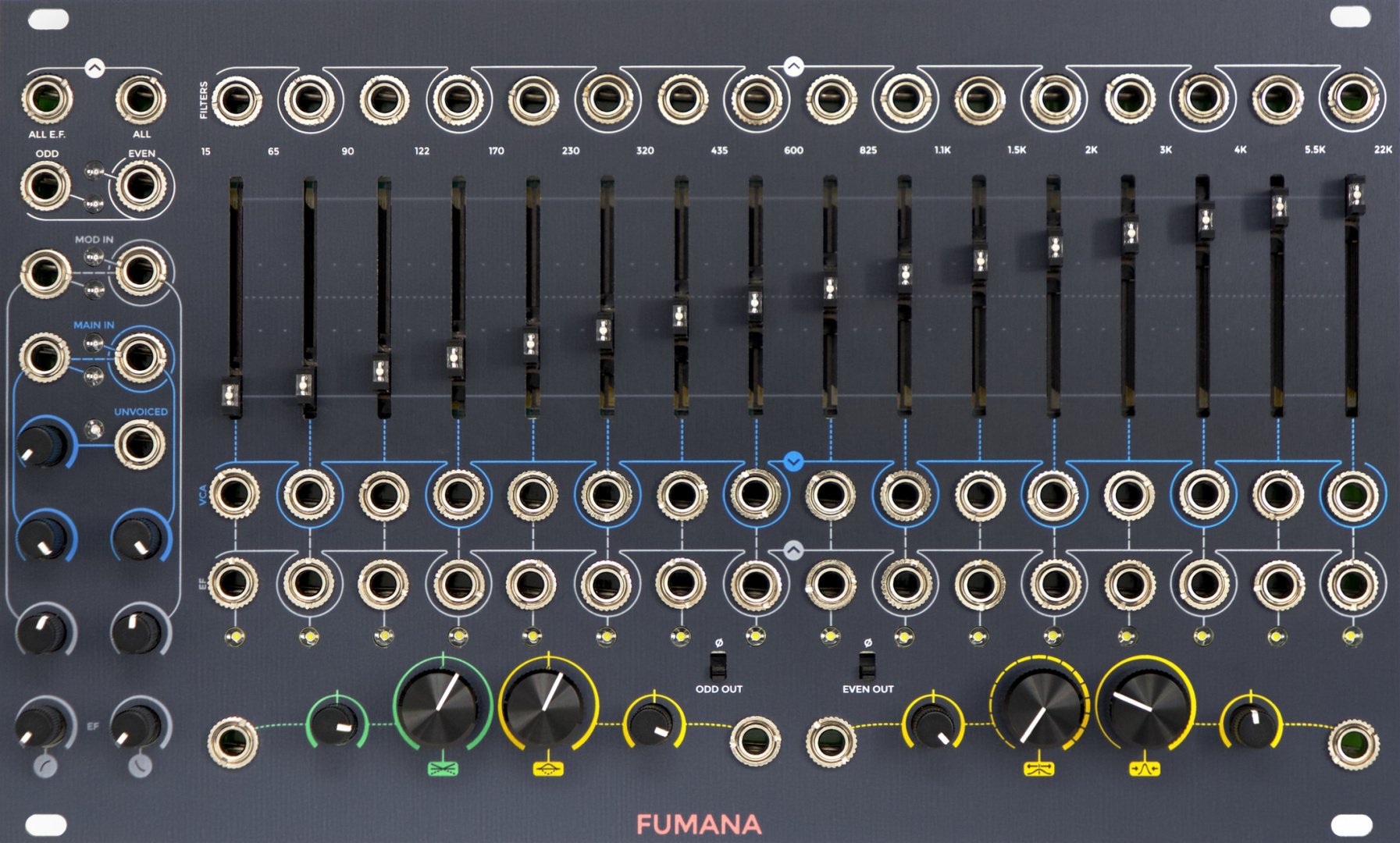 A beautiful, large, and expensive piece of kit which sounds great. Check it out!

Flame version is a straightforward and yet clever design, which not only is a super nice voice, but can also record and playback the analysis part for various effects. Super nice for sound design purposes.

Thanks for the suggestions! While the Fumana looks awesome and very precise, it’s indeed very expensive and a lot of HP. Gonna see if I can try it somewhere near. The Vocorder (functionality, not looks) looks great, will look at some demos.