Voice stealing for joy and benefit

While bombarding Digitone with Tvibular, l realized I was running out of polyphony with the strange LFO things Tviburar does. Besides snappy percussions, I had long pads going on in Digitone with its eight voices. This voice stealing a fantastic, fantastic effect!

It’s kind of like compression in the sense that it takes something from where there is more, and puts it where there is less. But not in the audio domain of course, but in the sequencer/synthesizer domain.

I’ll be exploring this more for sure

It’s my favourite thing with duophonic synths too. My favourite patches on the sub 37 are ones where i have it in duo mode and pretend to play chords

I really like using voice stealing with model 15 on my iPad! I’ll run big chords with way more than 4 notes from Fugue machine to sequence it. Usually sounds really interesting!
I was using that technique on the 1st and 4th songs on this album.

Not exactly voice stealing, but the Polyend/Dreadbox Medusa has some neat tricks relating to how paraphonic voices are allocated to its 6 oscillators. Since you have individual control over each level, tuning and waveform selection for each, and FM and sync have fixed oscillator assignments, the order and timing of voice allocation can have many consequences

Honestly I think that was the coolest thing about the synth.

One of my favorite recorded jams (not online anywhere, but really one of the most immediate things I’ve ever recorded) was basically a Reface DX with the looper going in record mode. The Reface has 8 note polyphony, so whatever I played live + up to a total of eight notes from the notes in the looper would sound at any given time. There are times when I have found its behavior with voice stealing to be annoying (particularly with a monophonic patch), but there are times where a looping notes with finite polyphony can be bliss.

What is Voice Stealing?

When a polyphonic synth runs out of voices, and you play one more, forcing it to cut the oldest note off.

Electro producer Carl Finlow used the name Voice Stealer for one of his icier projects, and it was pretty great imo

Also, what Ursula did to Ariel.

Oh yeah indeed, i didn’t think of that. Greetings from Copenhagen

When i saw this thread title I had the same thought about voice stealing functioning as an odd sort of compressor/limiter! It’s very interesting to draw these analogies between musical elements at different time scales, timbre/composition, etc. If a limiter sets an upper bound on amplitude just like voice count imposes a ceiling on busyness, what other odd conceptual connections like this can be made?

Maybe four voices is a sweetspot when not aiming for long pads, etc. One of my favorite things about doing drums on the Analog Four is that I can throw it all kinds of external MIDI notes or busy internal sequences knowing that there can only be four voices heard at any one time. I have to be much more careful when sequencing the Analog Rytm which has twice as many voices. Also you can use the “rotate” voice allocation with “use track sounds” on, which allows multitimbrality. This way if a sequence has a total number of notes that’s different from a multiple of four, you get rotation effect; the patch assigned to a specific note in the sequence changes the next time you go around. In other words you’ll get a different sequence (in terms of sound design) each time you repeat the sequence (in terms of notes).

Another four voice polyphony that works eerily well: Rings. When a tonal sequence is slow the voice next in line to be stolen has rung out for quite some time already and no longer lends much importance when compared to newer louder notes. Conversely when a sequence has fast elements the voice stealing keeps tails from bunching up, which allows you to hold a single arpeggiated chord indefinitely without stacked resonances sounding like a loud mush.

People turn their noses up at low-voice synths but voice stealing performs valuable functions: it clears out stale notes rendered irrelevant with time and keeps complex inputs from making the output sound complex to the point of ugliness. What both cases have in common is there’s a sense that a voice is only stolen once it has reached a point where you wouldn’t want it around anyway.

Super, thanks for sharing your thoughts/praxis and catching on to the analogy with compression/limiting/calming. One thing I will want to do soon is constraint Digitone polyphony in different ways, maybe have a massive pad chord on a muted track, or filter it down or up to be barely audible and then work with what’s left. I haven’t even learned about the voice allocation setting on the DN. This will help me explore the territory at the limits. Maybe

Basically doing the opposite of what this video is all about 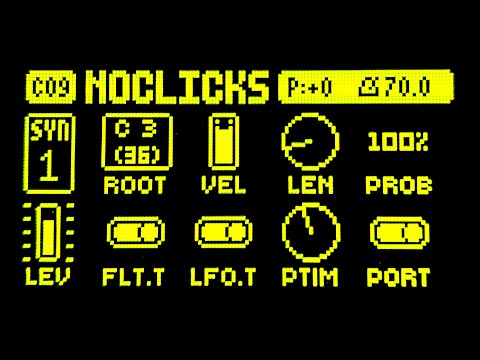 I have some ideas for NTS-1 (monophonic, but who knows how many operators are in there) and OP-Z too. I figure some norns engines do voice stealing, which could maybe better be called voice equity

I wonder what would be a good way to find out which, and how to meas with them… imemdiate first though is grep "voices" dust/code/*/lib/*.sc.

takes something from where there is more, and puts it where there is less. But not in the audio domain of course, but in the sequencer/synthesizer domain.

Similar concept to cramming conflicting messages into one stream is “choke”—I’ve enjoyed using a hi-hat with separate trigger and choke inputs and feeding those two out-of-phase (especially Euclidean rhythm) sequences. It can be really subtle or really crazy. Instant generative-sounding dance/IDM! Retriggering envelopes with another unrelated sequence is similarly fun.

when using trackers, one often have to think about voice allocation in creative ways, especially with limited channel count. since the nature of trackers allows one to have a unique instrument/sound on every row/step in a channel (while channels are monophonic), it easily lends itself to the choke/compressor technique mentioned.
i find some rhythmic patterns between kick and bass, and between snare and arpeggios often evolved this way when i was mainly using trackers.
i also love the sound of manually tracked arpeggios with fake delay/echo, where one just jams in the echo notes in between the arpeggio notes, and then the echo notes will cut of the arpeggio notes and vice versa… don’t know if it makes sense, but it’s all over chipmusic : )

edit: for example, like the intro of this game boy tune, the hard panned echo notes of the arpeggio is manually input with 3 offset steps from the original note, all in the same channel, choking the sound. sounds so full and tight at the same time. later in the song, the kick and bass play a simple 4 to the floor pattern in the same channel, interrupting one another.

I don’t have anything to add, but I want to write a vocal piece called Voice Stealing (For Joy and Benefit) now.

One thing I will want to do soon is constraint Digitone polyphony in different ways, maybe have a massive pad chord on a muted track, or filter it down or up to be barely audible and then work with what’s left.

Another one: You can also enable unison on your track to cut the available voices down to four (or fewer) if you want more voice stealing to occur.

i often use a technique similar to and inspired by this concept in composition by using my brain, fingers as the pruning/cutting aspect. i try to remove as much as i can until what’s left takes up much less yet is something bigger than prior (purely in spirit of voice theft). if i can remove the old part enough, the new (often rhythmic open space) presents as something wonderful.

what’s known is that these limitations often end up being joyous tools.

someone i once knew said: my other car is a dx7

Similar concept to cramming conflicting messages into one stream is “choke”—I’ve enjoyed using a hi-hat with separate trigger and choke inputs and feeding those two out-of-phase (especially Euclidean rhythm) sequences.

Somehow, with hihats, this makes me think of the hihat work in dub/reggae: the drummer would hit an open hihat, and then clamp it close with footwork before it decays out. Is this what you had in mind?

When the OP-Z got monophony on the sample tracks in the firmware update 1.2.31 people seemed excited. I was like “what, this seems backwards, polyphone is better right?”. But I’ve now started to learn about closing off (“choking”) longer sounds with shorter ones, using this monophony. And it can add a lot of punch! I’ve started to like to add a lot of pitched-up percussion sounds in bursts, this “choking” creates nice percussive mats which won’t blur into one big mess and chorus, delay and reverb still have space to work on.

I should really draw this, but if sound 1 is 7 units of time long, and sound 2 is 3 units long, and time runs from left to right, instead of

This is somehow “choking”, in the sense I know the from reggae/dub drumming thing. And also voice stealing in this abstract sense. But I’m not sure if this is what you meant @bw4j.

@2197 uh yeah totally, I do this on the Digitone and OP-Z too, and yes I’ve seen it in chipmusic where there isn’t always an delay/echo available, or track polyphony, and everything is instead super discrete.

Super interesting, thanks everyone already.

Here’s an old video I made where I was able to get a cool effect out of the voice stealing on my Electribe 2: 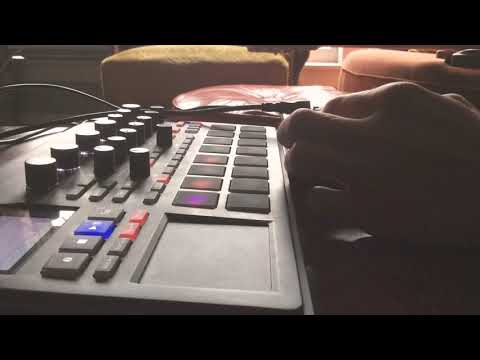 Just before the 2:00 mark, I cut the bass and add in some vox pads. When I kick the bass back on, the voice stealing makes the chords cut short. I definitely didn’t do that on purpose, but it’s an example of technical “shortcomings” leading to new ideas.