What are you using to listen to cassettes?

I’ve been toying with the idea of getting a cassette deck for my car after reading the cassette releases thread.

I’m also feeling sentimental about the long lost Aiawa portable player I listened to as a kid, as well as my early-2000s Minidisc player.

Minnesota passed new laws restricting phone use in the car. Maybe it’s time to go back to analog.

So many thoughts! What are folks using to listen cassettes these days? In-dash, portable, or otherwise?

A cheap Technics M205 deck for simple recording and listening, a Tascam 424 mk3 for geekery and live things.

What is this car you talk about?

I got lucky recently and got a Sony TC-K600es deck for cheap. High end (ish) late 80s Sony deck which I love. Thing is, things got really pricey recently but I’d say best bet is to see what is on local classifieds/garage sales etc. Cassette gear is expensive on ebay and the likes where people know what they have but it’s such an oddball thing to make a comeback and the equipment is so prevalent back in the day that you can definitely find good stuff for cheap. Loads of people think it’s just junk still. Look for 3-head and a reputable brand and you should be fine.

No idea for in the car sorry.

I have a Nakamichi BX-150 which I love but has been in storage ever since a recent move. I was using a cheapo sony boombox in the interim until it recently died on me. (Thankfully didn’t eat the tape in the process.)

So now I’m down to my trusty sony sports walkman, which gets the job done but I miss the velvet sound of the BX-150 with dolby noise reduction engaged.

Looking forward to being able to fetch it back from storage.

(Edit – I don’t have suggestions for the car, but if you have an aux input maybe just running a walkman into that would do? Back in the day everyone used a short range FM transmitter, but as rad as the interference and noise floor on those sound, the aux will probably be less annoying for normal listening purposes.)

I have that exact model. Rewind stopped working, but I can always flip and FF to achieve the same results.

Marantz PMD430. I got it off of my local Craigslist in mint cond for $100. Probably a little high but it has all the features I want. Before that I had a Pioneer Dual deck and it wasn’t bad. Especially for $9 at my local thrift shop.

i’ve always had super cheap tape equipment: garage sale tape decks for my stereo, thrift store walkmen for on the go. my '98 volvo had a cassette deck before i took it to the junkyard, now i just leave the tapes at hope when i’m driving my partner’s car every now and then. if i were you i’d skip a dedicated car cassette deck and get a walkman at a thrift store or on ebay and an aux cord!

This is showing up in many of my google-created feeds, http://ninmlab.com/kickstarter/

I currently listen to tapes on my thrift store bought technics tape deck. Nothing fancy. It does the job. I would love to have a tape deck in my car…so might actually pick up that bluetooth thingee.

I currently listen to tapes on my thrift store bought technics tape deck.

Oh, and if you want the thriftstore experience from the privacy of your own web browser, here is my most secret source of things to look at when I’m bored at work (hesitant to post this because it’s going to create competition in auctions I’m interested in…but…I like you all, so…here) https://www.shopgoodwill.com/

another vote for the naks: have owned a bx-300, cr-3a (my fav), cr-1a and a dragon. the 3-head decks are where its at imo. if properly cared for, those things will last forever. 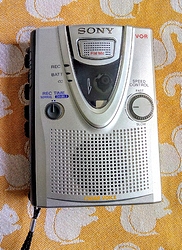 This, it has playback pitch and a mic and speaker. I’m still looking for a good double speed recorder, like the tascam 202 or portastudio 4-tracks.

Another Nakamichi BX-150 owner here, it does a fine job after all these years.

I have the same one. Love mine

Yes, I’m sampling a lot of synths now to create drum kits and a sample library of custom synth patches. I might try to pitch up some of those samples in ableton, than record that to the sony cassette recorder and play with the pitch control, to see what happens. Then maybe use the outcome of that to mix in with the original sample to create some color and warble.

Fantastic for listening to my old (and new) cassettes.

Picked this bad boy up at my work for $2. Pretty nice for walkin around with. I feel like I got a pretty good deal considering its super clean and has the original case. 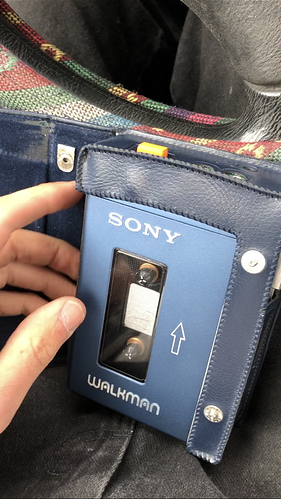 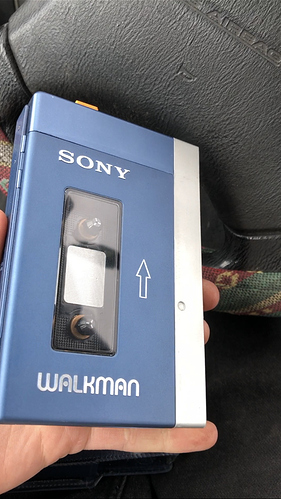 I have a 90s-era Walkman that I run in through the aux jack for listening in the car, which I also use in my live performance rig for tape stuff.

At home, I have the same dual-deck Kenwood that I’ve had for about 25 years…

A Sony Walkman with Mega-Bass!

I own absolutely loads of cassettes…this is one of the first pre-recorded tapes I ever bought as a teenager and it’s still in great shape! 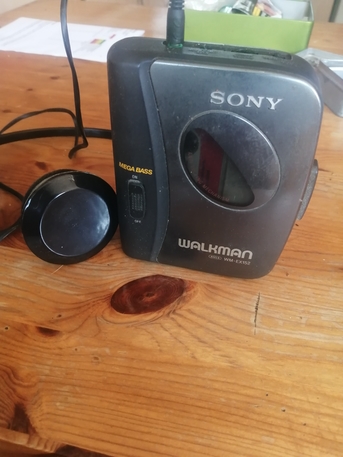 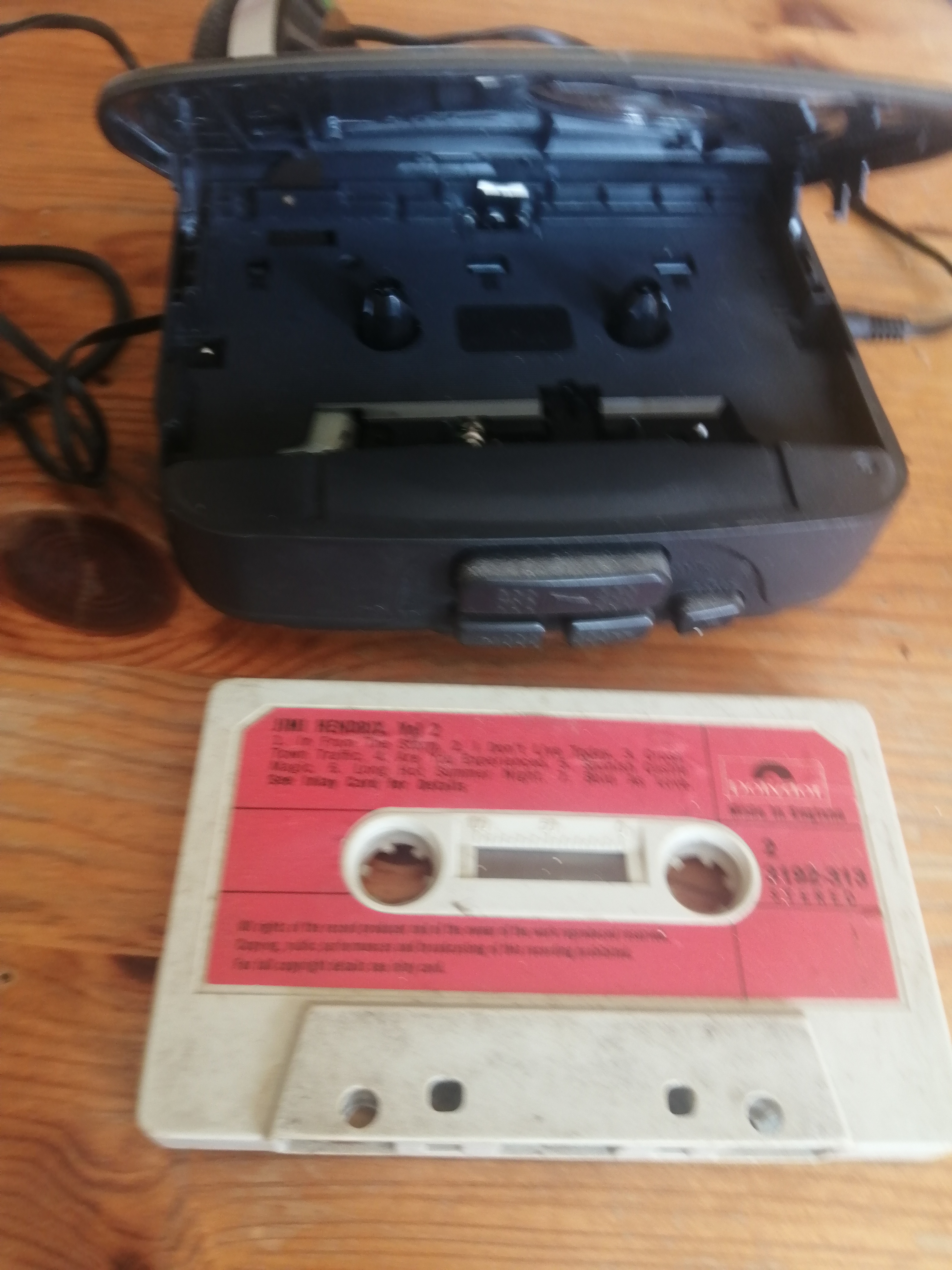 This thing is pretty ugly and it’s heavy too… But it sounds awesome, I leave it for 30 minutes to warm up nicely and I use it mostly to run my Roland SP 404 samplers through,using the tape deck more as a pre-amp. 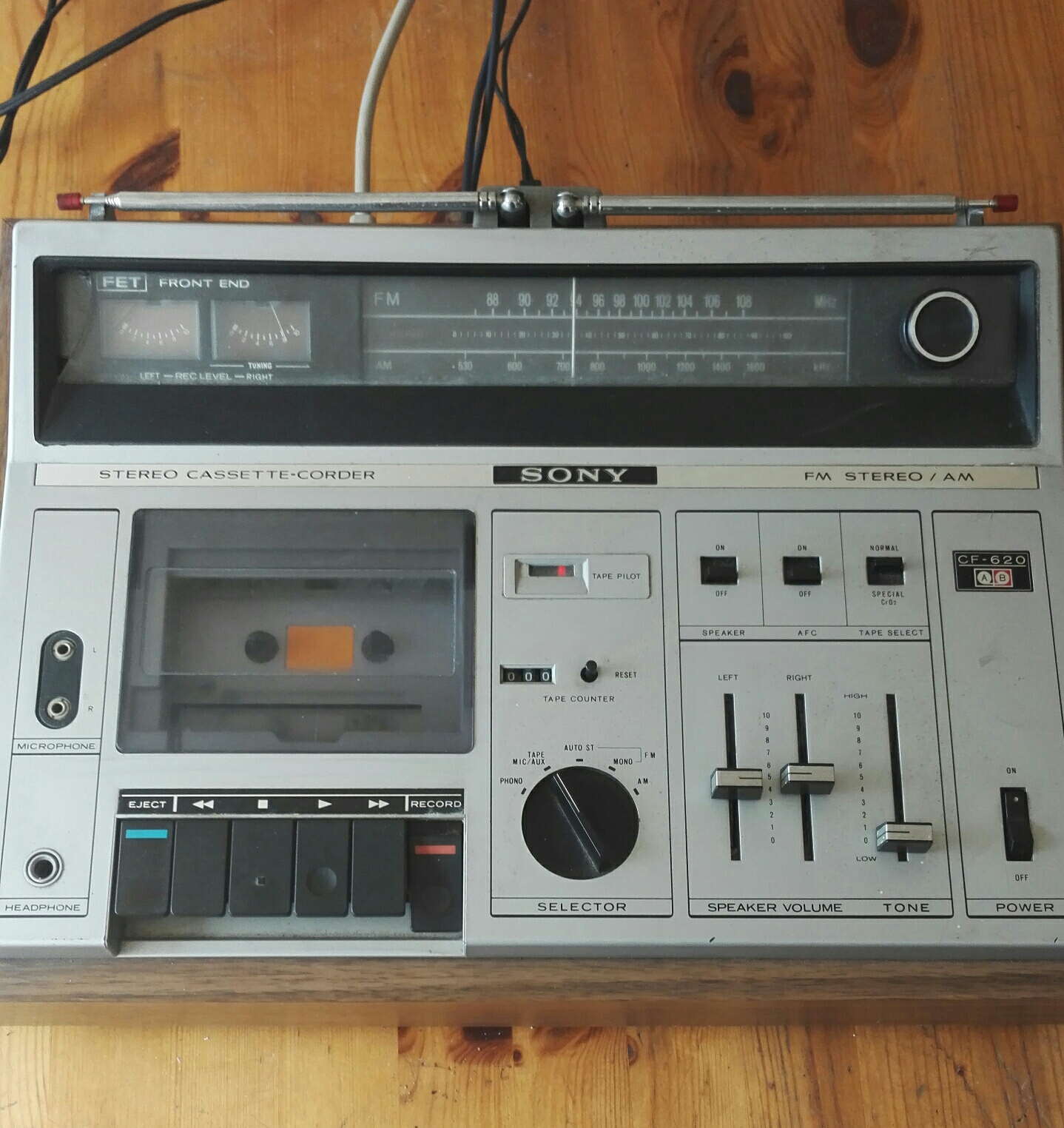 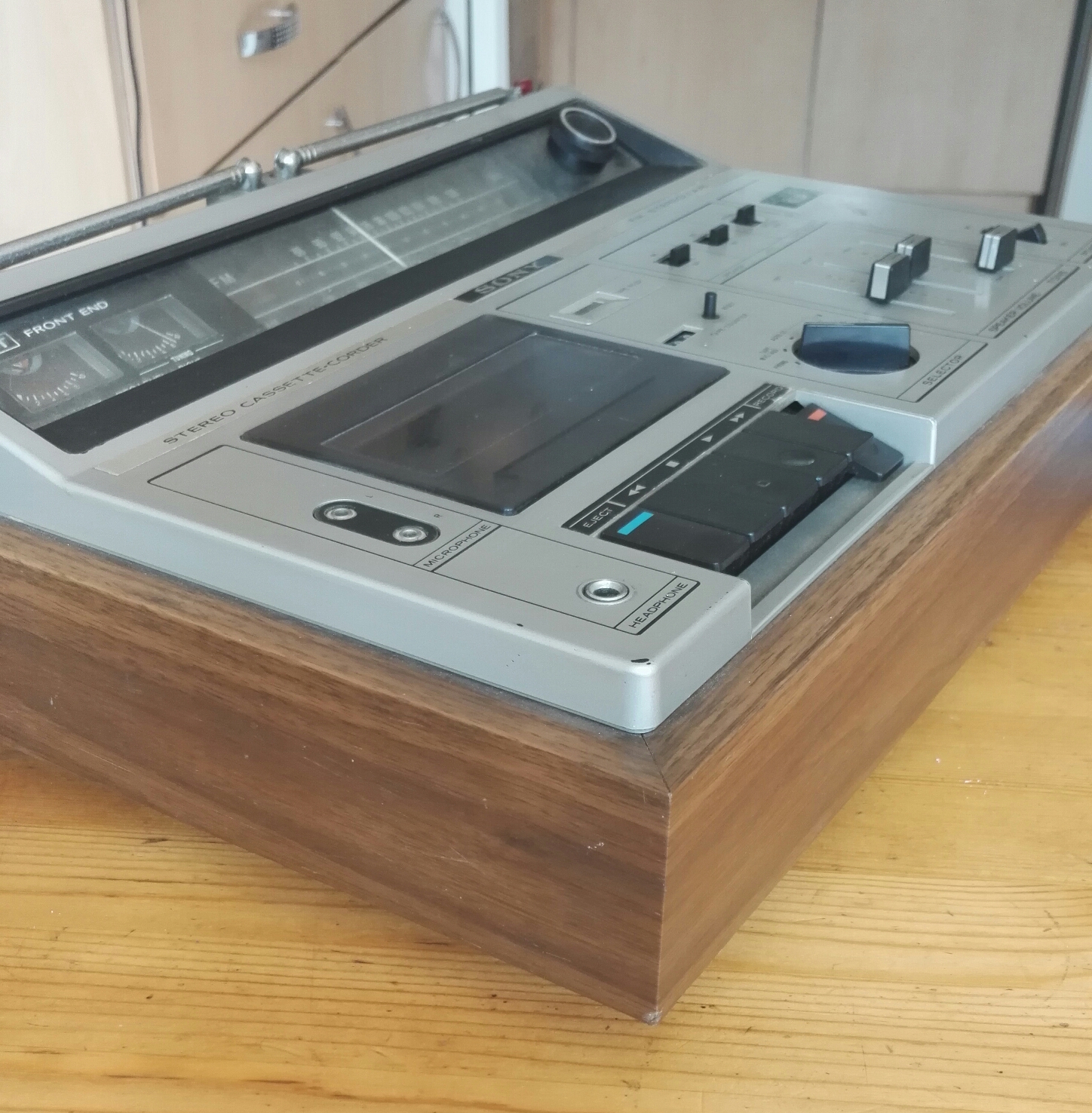 My walkman broke a few years back and my cassettes were collecting dust until I found an old fisher price tape deck in the bin at work. However, I happily managed to substitute it with a Marantz CP430, which sound amazing and is really great for recording stuff outdoors. 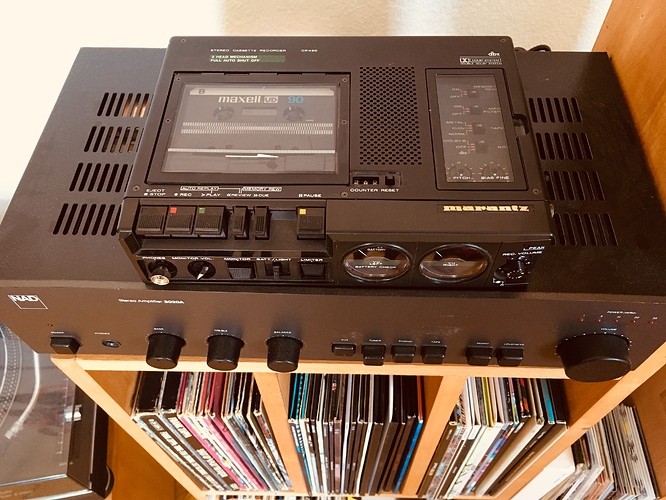 I’ve bid on a few Marantz field recorders recently but they’ve all gone for more than I want to pay. They’re on my watch list though and I’ll get one sooner or later.