What is this module?

My friend came across a eurorack at a pawn shop and we are wondering what this module in the middle is: 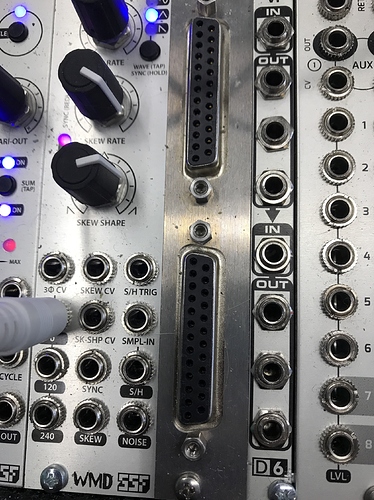 Electronic music devices for Eurorack systems, made with love in NYC.

Sad…now that you guys say it. Unless someone passed away and the person getting rid of an estate didn’t understand what it was?

Yeah, my first thought too. Probably worth it to take a photo of the whole thing just in case.

Might be a long shot but I’ll reach out to the WMD folks. Looks like a lot modules are WMD’s brand and they are based in Denver. Maybe they’ll recognize the case?

Whoa! Heard back from WMD folks and we are getting this back to them. Guess I’ll find out what this module is from the source. Haha!

Eurorack is so niche and the returns would be so much better selling elsewhere it just seemed unlikely a legit owner would choose a pawn shop for that sort of item, even for emergency cash. Knowing it would be a hard sell in the shop I’m sure the broker gave whomever pennies on the dollar.

Oh wow, so it was stolen? Crazy

it’s a parallel port for a printer

Yeah, it was taken months ago. Luckily the owner filed a police report and he is getting back soon from the pawn shop. Super happy for him.

Yeah, it was taken months ago. Luckily the owner filed a police report and he is getting back soon from the pawn shop. Super happy for him.

Awesome !
(and in more than 20 characters)

Awesome story, now the owner needs to get in here and explain that printer port module!

I found this product:
http://nw2s.net/product/nw2s-io/

My friend and I met with Matt the original owner/ WMD employee who owned that case! I learned what that module was and all I can say is that there were lots of prototypes in that case! (Hint: It wasn’t for a printer.)

The folks at WMD are amazing people and I can’t thank them enough for showing us around their operation and hooking us up with so many goodies! 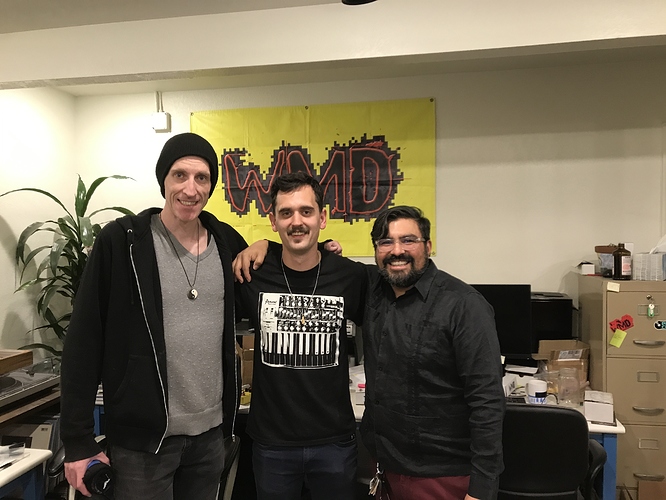