What preset sounds/samples are you totally proud of?

I keep misreading the other thread, “tired” for “proud” — then realized I wanted a “proud” thread too! What sounds have you built custom presets for, or samples you’ve created, that you absolutely love and want to use all the time?

Me? A bit ago I fell in love with this Ableton instrument rack.

The ones I made for the Polyend Tracker. They are included in the factory content. 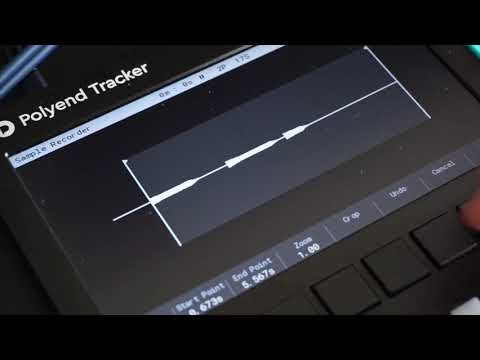 I have a few raw sounds I recorded from a Bastl Kastle and a 0-Coast when I only had those 2 boxes that I keep using as background noises.

The presets on Output Portal are just incredible. I’ve been using just 4-5 presets for grain movement/pulsing/shimmering stuff and it’s just such a great texture. I think my favourite is called Grain Runner (?) and you can throw that on anything and adjust the mix it’s chefs kiss

There’s a recording of a bulldozer knocking down a petrol station in north London that I recorded (much to the bemusement of the workers doing the demolition) standing by the safety fence surrounding the site ~20 years ago that had been my go-to industrial noise sample for many years now. I was particularly proud that it was used as the intro soundscape for a Faust gig in Japan (I think) sometime in the 00s, alongside some other environmental recordings of roadworks outside my window.

There’s also a loop of tens of frogs croaking that is permanently set up on my EHX 2880 for rhythmic oddness, though that’s approaching irritating for me now, come to think of it.

Probably time to record some more interesting sounds once I sort the CF cards out as they all seem to fail when recording a new loop.

I doubt there are many hammers fans here but im very proud of my 698 downloads! (this is from the Boleyn ground days)

This is lovely. Something magical about hearing crowds. Thanks for sharing

A field recording of a train station with an envelope follower to affect its own pitch, creating a landscape of voices from train horns and emphasised bird sounds. It sparked the inspiration for one of my favourite tracks i’ve made