anybody have any recommendations?

I would love to know the answer to this question, but I haven’t used all of the hardware sequencers yet.

I’m especially interested in sequencers that can support polymeter and odd time signatures, and I am also interested in machines that have great workflow. What does “best” mean to you?

and of course those things are all relative to each other. some people talk about the beatstep pro, there’s the pyramid by squarp, i guess even the arpeggio on kickstarter right now could be a thing.

then, i suppose there’s another camp of people who would suggest even something like the octatrack as the best hardware sequencer… or iPad running a certain app, aira tb-3, etc. but i’m mainly looking for a dedicated hardware device that more or less only does sequencing really really well… eurorack or other modular formats also welcome!

For DIYers there’s Sonic Potion LXR and the Midibox sequencer.

In the modular world there’s a mess of options:
https://www.modulargrid.net/e/modules/browser?SearchName=&SearchVendor=&SearchFunction=11&SearchSecondaryfunction=&SearchTe=&SearchTemethod=max&SearchBuildtype=b&SearchMarketplace=&SearchIsmodeled=&SearchShowothers=&SearchShow1u=&order=popular

I was thinking pretty hard about the Beatstep Pro and the Social Entropy Engine for a while (as well as the Octatrack) but the more I think about it, the better Numerology looks to me (mac software sequencer swiss army knife).

Lots of hype about the beat step pro at the moment.

I love sequencing external gear with my MPC, but that’s midi only.

I had the cirklon for a while, with cvio breakboard. A bit complicated, but weird in a good way and so many possibilities.

The feature set of the beatstep pro seems pretty appealing to me, because it has a small footprint and (theoretically) would allow me to a) sync modular, midi and computer b) trigger scripts in teletype with the drum gates (via the pads or a sequence), c) send CVs via the two sequencers to other modules, and d) control midi gear/max with the knobs.

But! It sounds like the firmware is buggy as hell at the moment. There seem to be a lot of people online complaining and/or threatening to return their units.

Does anyone here own one and care to comment?

the mengqimusic voltage memory has a lot of seq options

For live performance – specifically when playing with other musicians outside of the comfort of synced machines – I’ve always enjoyed the Korg ER-1. It was designed as an analog modeling drum machine, but a lot of fun can be had using it to sequence synths via MIDI.

Nord Modular G2… you can do everything

I’ve been longing for the Audiodamage Sequencer 1 for quite some time which is absolutely wonderful for the price (and even compared to more expensive pieces of gear), but it’s eurorack so it might not qualify. Still one of my personnal favorite.

I’ve been intrigued by the Detachment 3 Archangel for ages, but not intrigued enough to cough up for one. Yet.

I’m waiting for the next batch of Pyramids. It looks great to me - http://squarp.net/index.html

The Pyramid looks really nice. If the Pyramid had more CV outs it would make a much more convincing case for computer-free usage. The single CV out is a bit of a head-scratcher for me. But if I’ve got to use a computer, I think I’ll stick with Numerology.

Monome?
I think with the Max power behind it, you can pretty much implement Cirklon or any other sequencer in it. (not saying that it’s an easy task but it’s doable)

I would very much like to have a monome sequencer with that kind of capability. It would be a much larger project than any of the existing monome sequencers. Wish I had that kind of free time, but I’d rather be making music. There’s also the fact that unless you’re ready to get into hardware design, monome requires a computer.

The thing with large amounts of functionality crammed into the grid is, you have to remember a lot.
Reminds me of molar. an excellent app, but had to learn everthing again every time I used it…
Easy apps are fun to play with and win in that regard… it’s a balancing act.

I’m waiting for the next batch of Pyramids. It looks great to me - http://squarp.net/index.html

I’d kind of forgotten about the Pyramid, but after taking a second look at it it does seem pretty great. Apart from the lack of multiple CV outs it fits the bill for me, and I like the aesthetics.

I read somewhere that they are planning on an expansion that would provide (I believe) several more CV and gate outs. If that comes to fruition I’m sold…

Some more to add to the list: multiple sequencers from Genoqs, Doepfer, and Manikin.

Unfortunately it’s not available yet, but I’m very interested in this kickstarter project for a squencer-arpeggiator 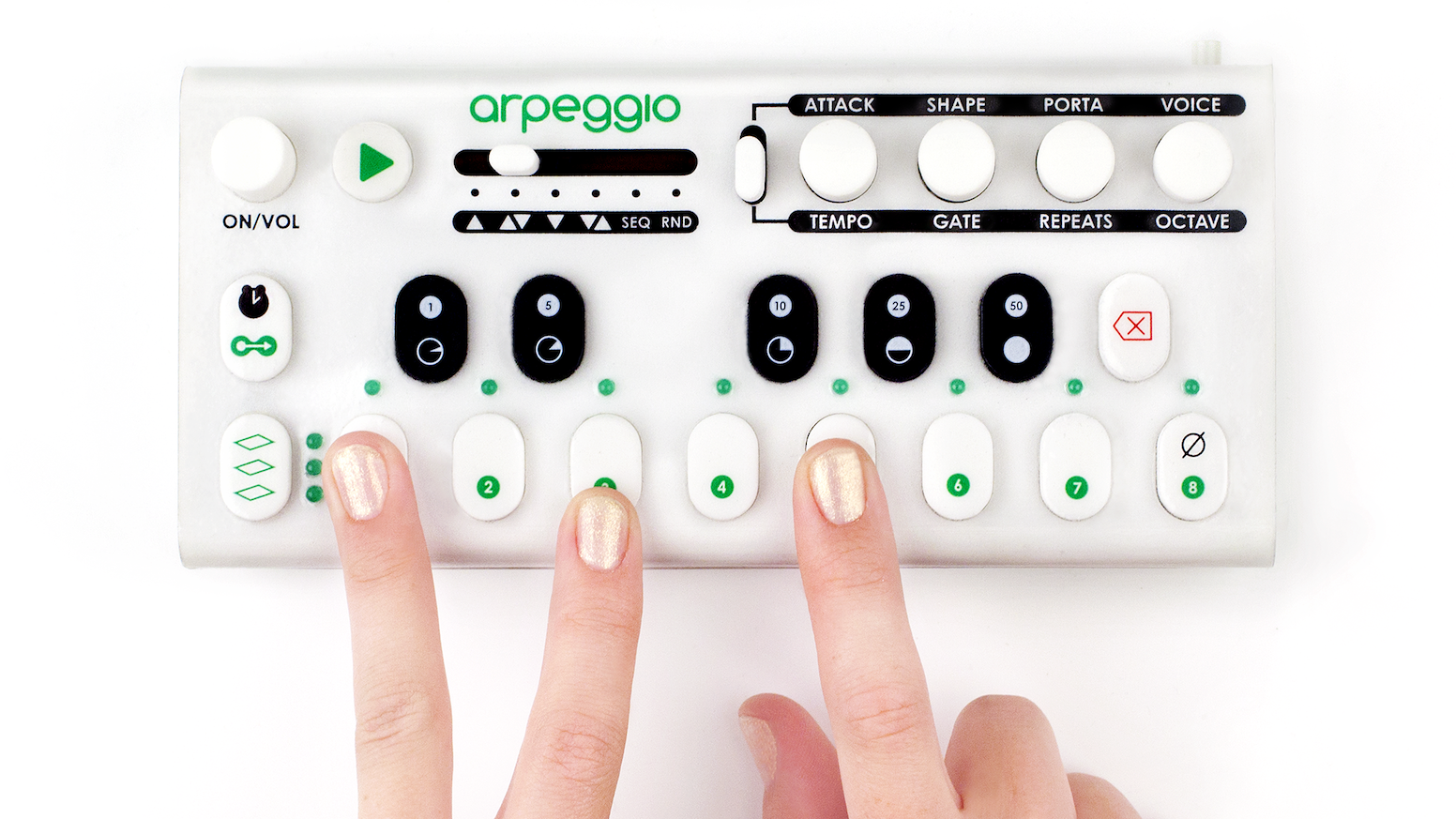 A simple instrument for composing, saving, and performing melodies. The first dedicated arpeggiator & sequencer in one portable device.