Hello all, my partner and I will soon have a newborn baby in the house.To help the baby get to sleep, many people suggest white noise generators (or more particularly, pink noise (more bass, less highs), and also whooshy sounds).

Because I am the synth person in the house, it has become my job to find a noise generator. I have looked at many, but, to be honest, they all seem kind of boring. I wish I had the time and money to put together a small ambient/noise eurorack skiff that I could leave next to the bassinet, but, alas, I do not.

For now, I’ll have to buy a readymade noisemaker. But, before I do, does anybody here have any suggestions, ideas, comments?

(I’d really love to get something I could repurpose or hack later, after the baby is done with it, and incorporate it into my setup)

Thanks for your help

First of all, congratulations in advance!

Everyone has their own experience, of course… our experience has been: Don’t get too clever. You probably won’t have the patience for it later

We’ve settled on a mechanical white noise machine. It has a fan inside and an outer shell that you can twist to slightly change the volume/tone. Honestly, the two best things about it is 1. No loop points! and 2. It’s like a compressor for all the sounds of the house — it just evens things out.

We originally used a loop player sort of like MyNoise.net. That was… fine. But then you start fiddling with it. It can always get optimized somehow. And then there’s a battery level to think about, speaker position… nah.

Nothing against rolling your own background noise generator if that’s the right choice for you!

Each baby is different so what worked for mine might not be best for yours, but best white noise generator to help my baby go to sleep was me personally making the white noise with my mouth. I tried to emulate sounds of the sea, wind rustling in leaves etc. while telling some short story and it worked 99% of the time - but be warned it is also a very good way to put yourself to sleep

Another thing that helped was just playing music in the house. We tried not to walk on toes around a baby and when he is sleeping we can often just proceed as usual. But we also have a dog which barks even at particle of dust falling outside so he might have just desensitized baby to noise

Perhaps not the coolest or most hipster of solutions… but ‘Ewan the Sheep’ worked a treat for both ours (now 4 and 2). 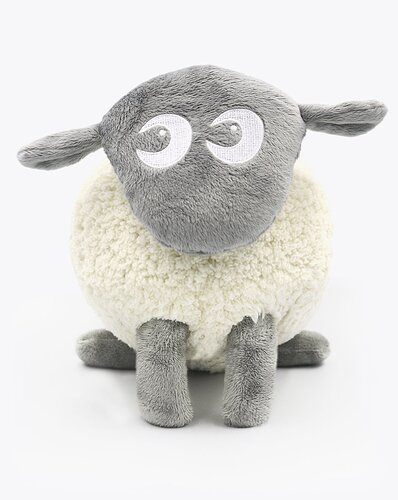 It’s cuddly, it emits different types of noise, and it also glows with a nice ambient light.

The other thing that helped us immensely with getting babies to sleep was a special cot mattress called a ‘Sleepyhead’. Not cheap but it was worth its weight in gold for us. 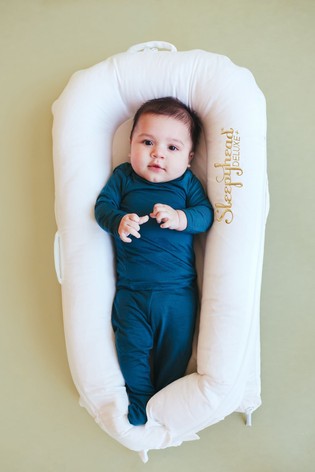 I use a Lectro Fan to sleep (helps with tinnitus) and think it’s a pretty good ready made option. Controls are simple, variety of tones, volume settings are sensible, it’s small, don’t hear any loop points. I will say that I’ve found it best to put under a dresser to help it sound less like “that speaker in that corner of my room” to “noise in the room” - something that might be less of an issue with a mechanical option. 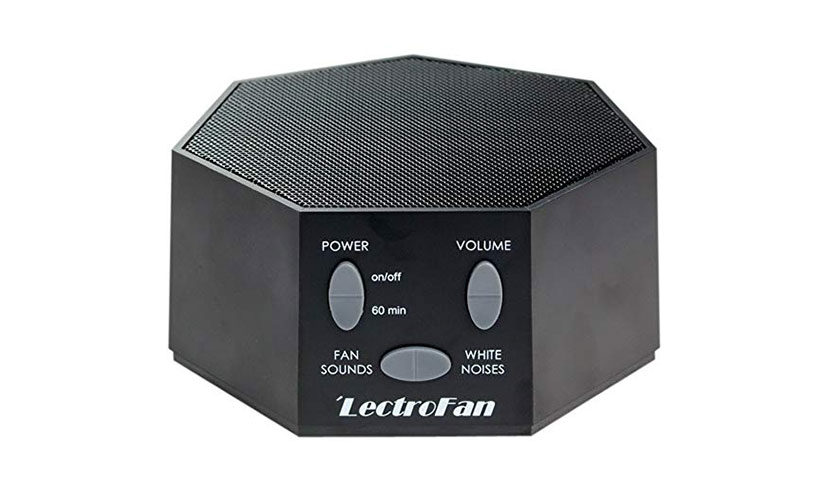 I also have an electro-fan, I love the minimal design in my opinion some other white noise boxes are too flashy for what the device actually does.

Congrats!
I couldn’t resist posting this again here, because I so badly want someone to build something similar

If you happen to have an old phone around, the cheapest solution might just be to use an app like Noisli (or even just play YouTube playlists of ocean sounds). With our firstborn I remember trying all kinds of things (mostly based on “the happiest baby on the block”) and did a mix of the mouth noises mentioned above and, um, the album “earth 2” by earth. The basic idea that every baby is different seems very true! So, cheap and flexible solutions were the way for us.

It’s true, youtube videos of the ocean are probably a good idea… An interesting related anecdote – The only thing that would put my niece to sleep was sounds of chainsaws from youtube videos. Then again my sister-in-law is a wood worker & furniture designer, so she had 9 months of saw noises in the womb!

i’ve used versions of the dohm for years. my favorite feature is the “sound customization” options. you rotate the chasis and it allows for different airflow which changes the timbre/volume/tone. you can really dial it in.

@xmacex is also correct! dronecaster would do the job. i added “shutdown” api so that a sleep timer could eventually be implemented too: break norns.shutdown() out into a function (#1290) · monome/norns@f3cc7e3 · GitHub

Hard the beat the classic. I’ve been using one of these for years and it works remarkably well:

good stuff! definitely recommend an ocean waves/modulating one. we got a cheap, multi sound noise machine. the white noise is very strange. after sleepless nights and loooong nap attempts, white noise can play tricks with your ears. (hearing weird loops in the noise.) we immediately switched to the ocean sound, and it’s literally been on in his room for 3 years, without stopping. it’s like a soothing, forever noise in our upstairs. i’ve looked at nicer ones as it’s become such a fixture, but i never pull the trigger as it won’t be the same! haha. if it ain’t broke.

I created these two long form noise tracks for our kids when they were new. They worked really well for us. white noise for sleeping babies | oootini

We used to zone out to these too. Caring for new humans is a very twilight place to be sometimes.

Yup, that’s what we used too. Set up a few nice presets in the app (our main patch was the Irish coast) and that was that. I’m sure we will be using it again in a few months when number 2 arrives…

Here’s a circuit I’ve used before. Only a few dollars in parts on a small piece of stripboard, can power a small 8ohm speaker on it’s own. Will run off a 9v battery for hours. 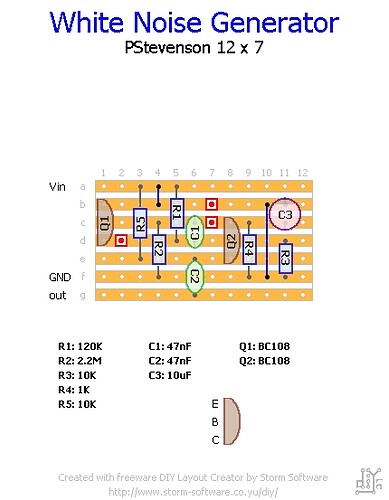 You could also add this simple filter based on CD4069, for different colours of noise

Congrats! Echoing the general sentiment of don’t be too precious with it. We literally just used some generic app on an old android tablet we had lying around. I would recommend SOME kind of dedicated device though, as I had the experience of using my phone once or twice when I forgot to turn the ringer off… yeah, the baby didn’t appreciate my Frank Zappa ringtone lol.

For next to the bassinet and crib, we used the Hatch Rest – touch the top to turn on/off, lots of different sounds, doubles as nightlight with customizeable colors, app to control remotely so you can turn it on from the other room and not wake the baby, etc.

For travel, we got YogaSleep Hushh – pretty small, sufficiently loud, charges off of USB and lasts for hours and hours, a few different sounds

I was in the exact same boat as you 3 weeks ago… congrats!

I have a small modular system at home and had a passing thought of patching up a noise generator, but in the end I just bought a portable bluetooth speaker and played the Wind Noise Generator website from my phone. I figured it was more portable and less hassle / easier to place wherever around the house. So far it seems to work great!

This is the little speaker I got, although I imagine there are a ton others that could work just fine.

As much as I don’t like to recommend buying on Amazon, this is what we ended up with. It’s good, portable, and has been reliable for us. It has a rechargeable battery and fits into the baby monitor travel case when we have to be somewhere else overnight. 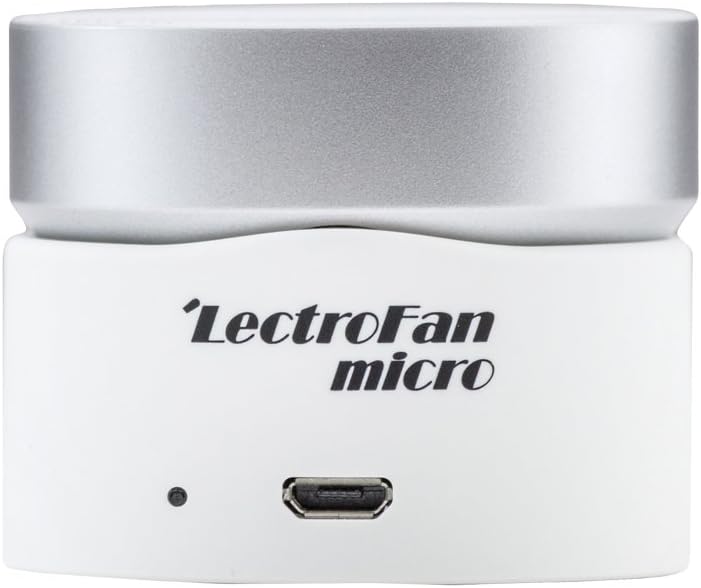 Color:White/Silver Product Description From the Manufacturer