For the first time in many many years, I’ve bought myself a Windows machine, I thought this day would never come!

I’m going to use it for development of music software and a bit of (mobile) music making,
primarily windows specific dev/testing, I’m also planning on looking at diving into adding ‘tablet’ extensions into software.
(my main dev/music machines will remain macOS

I’m wondering about any recommendations others may have for setting it up from those using it regularly.
(I’m pretty familiar with windows, as used to develop for it, and Ive being using win 10 VM, but not used it ‘daily’ for a very long time!)

On a positive note, as a bit of a Mac/Linux fanboy, I have to say, my initial experience has been really positive, windows is a much better platform that it used to be, and its true about the price/performance ratio being a bit better.

Yeah, I’m on Windows 10 as my primary platform. The only major heads-up is that the current Arc4 doesn’t work with W10.

One setup point that I wish I knew sooner:
-After buying an audio interface, open up the Playback Devices tab by right-clicking the volume control on the bottom right of the screen.
-Select your audio interface and hit “Properties”
-Go to “Advanced”
-Turn off “Allow applications to take exclusive control of this device”

This will allow you to open multiple audio programs simultaneously that use the ASIO driver. I use my audio interface as my default sound output, so this allows me to keep Max open while, say, watching YouTube tutorials. If you don’t plan on using multiple simultaneous applications with sound, it’s not an option to worry about. However, there are moments where a browser tab will silently take control of your interface and you’ll go nuts trying to figure out why Ableton isn’t producing sound

Do keep us appraised of your activity. I’m particularly interested in the touch aspects. I initiated this little subreddit to that end:

I happily run ableton in w10 on an i5 laptop.

I use bitdefender, but i have it on good authority that windows antivirus/firewall is V good. (Used by UK air traffic control).

Make sure you switch off all the MS ad crap that comes with w10.

I have muddled along with a few audio interfaces. Propellerhead balance, which is nice but does suit my setup now. Steinberg UR12 which is great but doesn’t deal with multi in/out (nice n cheap n rock solid). Currently setting up akai EIE pro (found for cheap on eBay). This also acts as a usb hub.

got dell xps 2-in-1 with win10 recently, mostly for firmware dev while traveling, but also installed ableton live - curious how it will work out in practice, will be watching this thread with interest. not sure about the touch aspect specifically for music making but it’s definitely making a huge difference in overall experience. i’ve got a pen as well but haven’t tried using it yet.

antivirus - i uninstalled mcaffee as soon as i could. general consensus among my coworkers (software company) is microsoft defender is sufficient nowadays, and mcaffee is pretty much a bloatware.

I’m thinking of uninstalling Cortana (or disabling) and ‘tips’,
2 votes for killing mcafee - good enough for me

doh - I can see the whole 32bit/64 bit thing, is still and issue for windows (or at least in dev)

touch, yeah I’m surprised how useful it appears to be… I had my doubts.
(I’m not keen on pens, more interested in the big touch interfaces, in tablet mode… more like the ipad style)

my thinking - pen would be essential for something like live, not sure how precise touch would work otherwise, and say for drawing automation pen might prove to work better.

ha, of course, mcafee, not mcaffee - in my defense i’m just having my morning caffeine…

There are ads throughout w10 that are on by default. 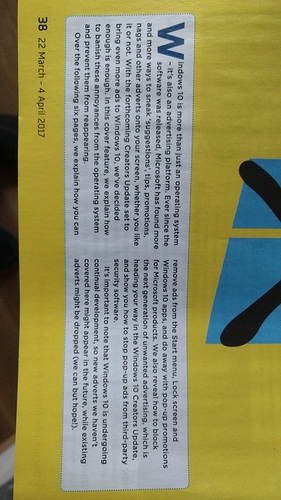 thanks, id already disabled most, but good to get the last ones

my current task, is getting rid of as many background processes as possible (esp. ones with network activity)
my bugbear, is the amount of processing OS’s do in the background to ‘improve your experience’ - both windows and macos increase this with every new release.

If you are in any doubt about not going 64bit check jbridge https://jstuff.wordpress.com/jbridge/

Lets 32bit plugins run on a 64bit daw. I have had zero issues in Live with it.

For AV software everything I’ve heard lately is to avoid everything but microsoft’s. In particular people on browser security teams are adamant they are more of a liability than anything else:

@VessOnSecurity @codelancer @taviso You misunderstand your own ignorance. AV is my single biggest impediment to shipping a secure browser.
emenel April 3, 2017, 1:19pm #12

All this talk of disabling advertising, built in software, virus protection, and tweaking settings is exactly what keeps me away from Windows as my primary system. It may be better than it was, but this sounds far from good.

yeah, as I said, I’m only going this route to support (open source) cross platform software that runs on windows… which lots of users use, I cant convert them all to macOS (and don’t get me started on Linux ;)) , and my main platform will still be macOS.

anyway, initial impressions are that Win 10, is best version Ive seen for quite awhile , albeit with more ‘suggesions’, but macOS is going that way too…

Only thing keeping me using Windows 8.1 on my desktop is the weird tracking/ad business. Supposedly https://github.com/10se1ucgo/DisableWinTracking will disable/delete a bunch of that garbage. Has anyone used the surface book with ableton? The though of just using the touch screen with it is very intriguing, curious how it works out in practice.

Same here! After many happy years working on OSX, I was disappointed about the new Macbook Pro (which I had been waiting for). So I bought the best Windows 10 laptop I could find in terms of specs. An MSI 17", which has a GeForce GTX 1080 display adapter. Granted it doesn’t feel like a Macbook Pro (more like an overpowered toy), but it blows me away in terms of performance. I use it to mix in Pro Tools HD and create music with Ableton Live. Best machine ever. I just uninstalled the stuff I don’t need. I have the Windows Defender thingie on, but that’s not a real concern really. As for an interface: my Focusrite Scarlett 6x6 was behaving very badly, so I switched to a UAD Apollo Twin USB, which is super fine, albeit a bit expensive. But then again, I make my living mixing for television so I need something stable and good.

Windows seems to be rather more common for music making than it used to be.

Have to say I’ve used it for years (couldn’t afford a Mac!) for better or for worse.

I’ve found Molten Music quite useful for optimisation tips. He uses a Surface…

To be honest I’m not asking much of my laptop nowdays due to a hardware addiction. It plods on though…! 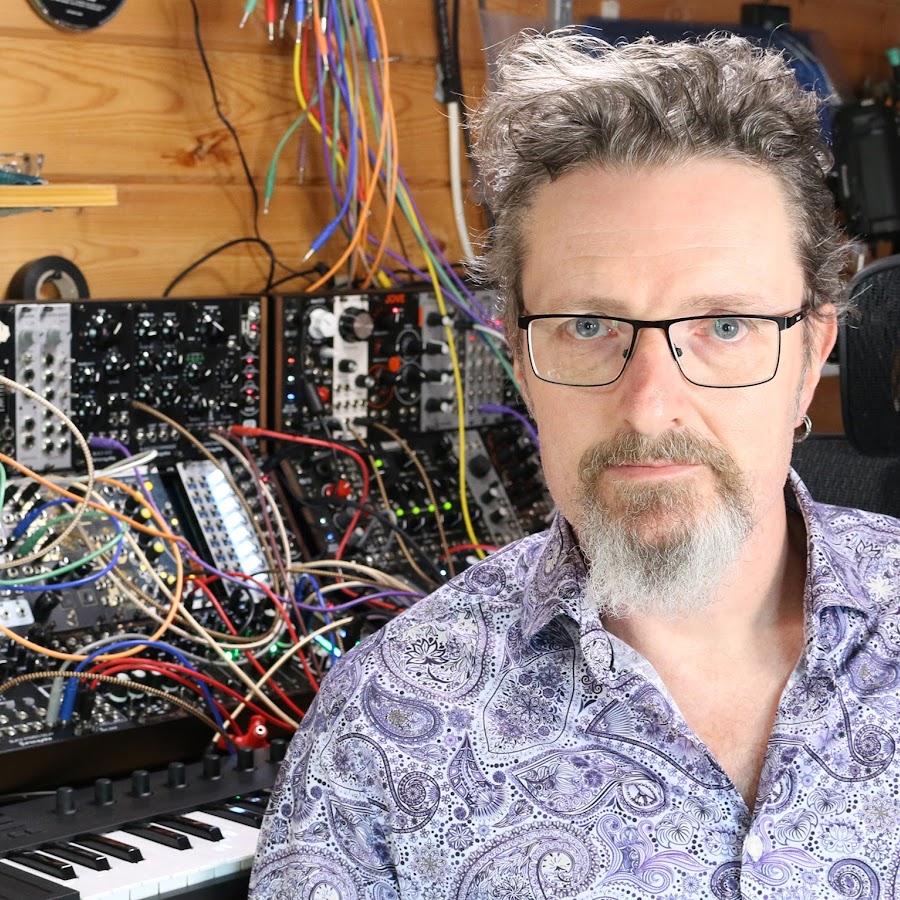 Figured out my issue with Chrome not playing sound through the Kmix (which I thought I mentioned in my thread above but now I realize I wasn’t specific about the Kmix issue). After I turned off “exclusive use of this device” I still had to uninstall / reinstall Chrome to get it to show up in the app sound mixer. Once I did that, everything worked.

I’ve been using Windows for my studio rig forever. One of my biggest frustrations is that the UI is exactly the same as the Mac version for most apps…

I love touch screens for music making, and I wish that the audio tool makers would better enable touch in their Windows UI. But it’s clear that with notable exceptions (like Bitwig) developers only will deal with touch on the iOS platform leaving Surface users in the cold.

Touch and music apps are meant for each other. I went all in on the iPad Pro based on those possibilities. Wish I had the same on a proper computer like my Surface.

Wow! Thanks. I’d read a post from them about how it was no longer going to be on Windows because it was too much work. That may have been about Audulus 4, which I guess is still in the works? In any case, thanks!

PS: That works well. Just got it running. Thanks again.