is it possible to use a wireless dongle with the monome?

I would like to send the signals without cable to I am free to
run around on a stage.

Problem might be how you get power to your grid. Tesla demonstrating wireless transmission by “electrostatic induction” during an 1891 lecture at Columbia College. The two metal sheets are connected to a Tesla coil oscillator, which applies high-voltage radio frequency alternating current. An oscillating electric field between the sheets ionizes the low-pressure gas in the two long Geissler tubes in his hands, causing them to glow, similar to neon tubes.

dope this topic comes around again! i can sell you my wireless bhoreal grid if you want. give you a great deal- shipping, plus paypal and bank fees i lost to buy it. it has an internal rechargeable battery and rgb led’s.

wireless monome grids are a dream… preprogrammed with flin or mlr, etc. so no need for a computer, just the grid. with bluetooth audio or something. i don’t know, but i’d play it wearing my jetpack as i step out of my flying car. i mean apple just jumped on the wireless bandwagon with the headphones, its 2016, the future is here!

the tetrafol collaboration by fol chen and monome was wireless- built in speaker and internal sounds as well!

what if someone genuinely loves wires?.. 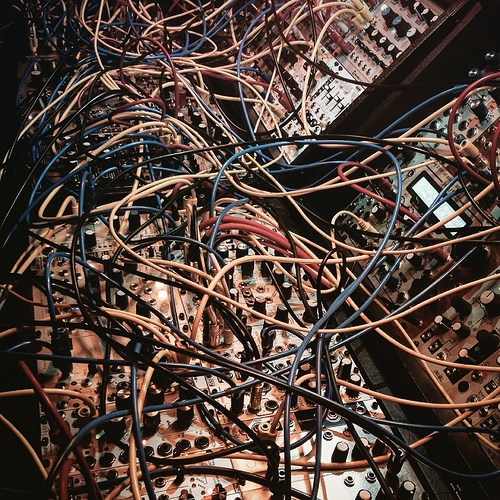 but you can´t run with this, only away from it …

I was never a “runner”.
It all makes sense now.