I am working on a project that will involve multiple speakers setup. But the speakers need to be wireless, with the ability to send signal at a considerable distance (not set in stone, but I would like to have some flexibility to set the signal source away from the speakers).

Does anybody here have an experience with, or recommendations for particular models or brands?

curious about this topic as well. also wondering how i could do multi-channel audio to wireless speakers.

I was working on a dance project involving wireless speakers a few months back. we were using 4 Sennheieser LSP 500 Pro… pretty big, heavy and expensive speakers but the volume/frequency response, the battery life, the stability of connection and distance were incredible. we were moving them around in a large hall at least 100m away from the transmitters and never had the slightest problem in 10 performances.

Thank you for the input!
Yes, these do look big. I wonder if they make smaller version of this.

So, did you end up using the tablet/phone for controlling these? Can you turn the speaker on/off using some sort of remote, or do they have to be manually switched? I am asking, because in my case, I will need to be able to turn them on/off without physical access…

I guess what I amlooking for would be maybe half the size, have solid transmitter distance, and long lasting battery. (8 hours these do on a single charge is not long enough for my application). But this is a good start lead for the search! Thanks again!

I am thinking about just using some sort of small-ish interface, like MOTU with 8 outputs, and then just splitting channels in a Max patch.

In the past, for a large scale sound installations I was using these super cheap USB interfaces called GIGA port or some such thing, that had 8 RCA outputs that could be fed separate streams from Max.

For this project the wireless aspect is probably my first priority, and then will work backwards from there in terms of how to handle the actual streams etc.

This is definitely a lo-fi option, but I picked up a few stereo FM transmitters to do this. The idea is to take say 3 transmitters and pipe 6 channels of audio to them, tune the transmitters to three different frequencies, then place radios panned to one channel or the other and tuned to one of the three stations wherever you like.

That said, this doesn’t necessarily need to be a lo-fi option if you get nice transmitters / radios and find clear pockets in the FM spectrum…

I like the idea, but i will say that the tech for wireless mics is not even close to perfect. Using them everyday, they work OK 90 percent of the time. The other 10 percent is filled with random dropouts, rf noise, and some pretty rad squelches. So bumping that up to speaker level seems iffy and expensive. Especially when it is the whole system, not just one part. When scanning for nice fm freq, you will find that a band with a lot of open freq might not be that great in two hours when the show starts. Scanning new freqs in the midddle of a show is a bummer. I assume, @laborcamp, your performance is based heavily on moving speakers around or something. I would be cautious about going all wireless for the novelty($$$$$) of it. Especially in performance situations. I would make sure that the wireless aspect is built in to the whole concept of the show and not just cuz it is cool. A lot of rappers show up with crappy albiet $500 wireless mics because they think it is more pro or more cool. It always sounds shitty, yet they can’t see past the “look no wires” mentality. That being said, I haven’t looked into the whole wireless PA situation in depth. Those are just my initial thoughs from working with pro rf gear consistantly. At this point in my life i dont even look into gear that is above my means… No use lusting over something unachievable or irresponsible (in my current financial situation).

the tech for wireless mics is not even close to perfect.

I haven’t tried out wireless mics, but you really need a decently strong transmitter to get a decently clean signal. In my experience, 0.5 watts is plenty of strength to overpower local interference in a city. The noise I’ve had to deal with isn’t radio interference in my experience, but grounding issues from homebrew transmitters, as well as radios which have a pretty narrow frequency response.

The exciting thing about this approach to me is that it opens itself up easily to extremely inexpensive experimentation, and in a performance context especially it adds this additional (and transient) little potential bubble of community. I was very inspired by microfm philosophy when I started experimenting with multichannel radio performances: http://anarchy.translocal.jp/radio/micro/

But yeah in the end if you need super transparent sound, FM radio isn’t really your friend. You could maybe call it compositionally (and politically?) motivated sound diffusion.

they definitely aren’t geared towards the type of thing you’re talking about, but you might want to look into sonos as another possibility. they run wireless via a wifi network (not bluetooth or fm), so everything’s lossless so long as the wifi signal is strong. controlled via an app.

I[quote=“hecanjog, post:8, topic:3594, full:true”]
In my experience, 0.5 watts is plenty of strength to overpower local interference in a city.
[/quote]

I was wondering if the interference would be less if you are sending speaker lever signal over rf. In cables speaker level has excellent noise reduction because it is way louder than the noise. But you would be transmitting line level signals to the amp inside the speaker and that would bump up the speaker level.
One other issue with hombrew stuff is that it is illegal to use certain frequencies. There are a lot of regulations on how your rf works. I dont know the specifics entirely. I know that the gear we use is current and spec-ed correctly.

hope the OP doesn’t mind me expanding the topic a bit - what do people think of sonos? planning to replace the existing sound system [if you could call it that, it’s an old panasonic boombox] in one of the rooms with something with better sound and the ability to stream. what i need is being able to stream from pc and/or multiple mobile devices [ipad/iphone but thinking of switching to surface/android potentially], and being able to remote control from mobile devices as well, sonos seems to fit the bill best. but curious how people find it in practice and if there are some alternatives i should look into as well?

We have a bunch of them, and for the most part I absolutely love them. The only big downside is the desktop version of the app is a real hassle and often locks up. The iphone app is much better and smoother (especially reliable when playing something stored on your phone or using a streaming service), haven’t tried it on an android. That said, there is a workaround that allows you to play it via apple’s AirPlay, which is easy.

It does really change the way we listen to music at home though, and definitely for the better. The easy grouping/ungrouping of different rooms in the house is really convenient for both playing one thing in every room simultaneously during a party and then later listening to something by myself in our bedroom while my wife listens to something else on the porch. When it works, it actually does that weird tech company thing where it really solves a problem I didn’t know I had.

Full disclosure, we did an ad for them a while back, which was how I ended up trying their stuff out in the first place.

thanks for detailed info! my place is small enough that i just use one set of speakers but being able to use 2 different sources in different rooms might be useful at some point, so definitely something to consider. do you use play:3 or play:5? debating between a couple of 3s vs a 5…

the 3s are surprisingly powerful and clear, I’d probably recommend going with them since then you’d have the option of splitting them up later on.

I am still on the lookout for good wireless options for future projects.
For this one, I ended up wiring the speakers anyway. Just could not stomach the idea of a battery running out on a speaker buried in the ground in the middle of the event…

This is the thread about the GEOPHONE project I was researching this for:

[image] I am extremely happy to announce a new installation/performance project I will present at the IN Light IN festival in Indianapolis! Inspired by the listening devices used during WWI to detect underground activity related to tunnel or trench digging, “Geophone” invites the audience to put their ears to the ground. With 20 sound speakers buried in the earth, “Geophone Nr. 1 : Unrest” mixes a live musical performance with archival recordings of social unrest around the world. Sonic, tacti…

was able to compare play:3 and play:5 side by side and went with play:5 in the end. just sounded better to me and considering it’s my main speaker while not in the studio it was important to get the best sound. very impressed with the setup - straight forward and worked just as expected. now thinking of picking up another one if they go on sale to have a proper stereo…

is there a lag on the input stage of the Play 5 when using as a monitor?

not using them as monitors so can’t really tell… controlling them via wifi seems pretty responsive, if it’s any indication.

been using an old technics amp/ speakers combo for years but now it’s time to buy something new. i don’t collect vinyl/tapes or cds and i don’t care about hi fi 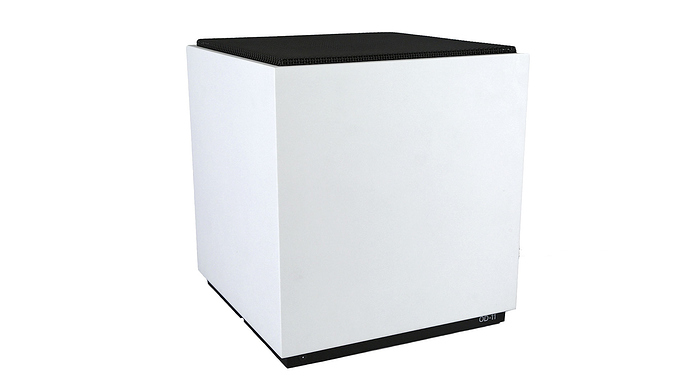 i’d be thankful for any feedback /recommendations

the big question is: why wireless, because you don’t like wires?