I’ve just seen this quote from @nutritionalzero in the “Marketing without social media” thread, and felt inspired to start a separate conversation off the back of it.

This possibly overlaps with other lines discussions on capitalism and left-ish politics, but I felt like it might merit a specific thread. Either way, the quote in question was:

The thought which immediately popped into my head was: this might be true of their approach to creativity / aesthetics, but is it true of them as a company as well? Surely saying that MN represent these values requires some knowledge of how they’re constituted, structured and managed, right?

I’ve recently joined a worker-owned cooperative, and have just come back from a three-day retreat focusing on things like decentralised decision-making, non-hierarchical working structures and collective models of business ownership: it’s all relatively new stuff to me, but I thought it might be interesting to consider some of those issues in the context of the music tech industry as well… I feel like small, boutique manufacturers of the kind which populate this corner of the industry could potentially be a good fit for alternative ways of thinking about ownership and profit.

Are there any synth or music tech companies (including MakeNoise, or for that matter monome) exploring co-operative or non-profit models of ownership or stewardship, or are they all constituted as privately-owned enterprises? Is co-operative ownership a feasible or useful model for the music tech industry more widely? 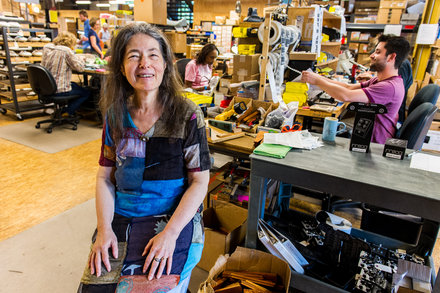 The company, which makes the prized Moog synthesizer in North Carolina, is instituting a stock ownership plan for workers.

Bastl is part company, part commune (as I’d describe it, not sure if they’d use the same word)

We are... | Bastl Instruments

I’m not absolutely certain if AI Synthesis is non-profit, but their mission is educational.

I almost started this topic a while back, so I am glad you did! @jasonw22 already highlighted the things I was aware of, though I’d like to know of more if they exist.

interesting topic. as posted above, Moog was the only collectively owned larger music tech companies I know about. would be great to see if there were more of them. although I suppose with so many smaller specialty companies most of them are just one person, maybe two or three, or just the occasional person brought in contractor style. or “companies” that operate somewhere between a semi-profitable business and a really time consuming hobby that brings in extra income.

Somewhat related, this map of US worker co-ops is quite useful 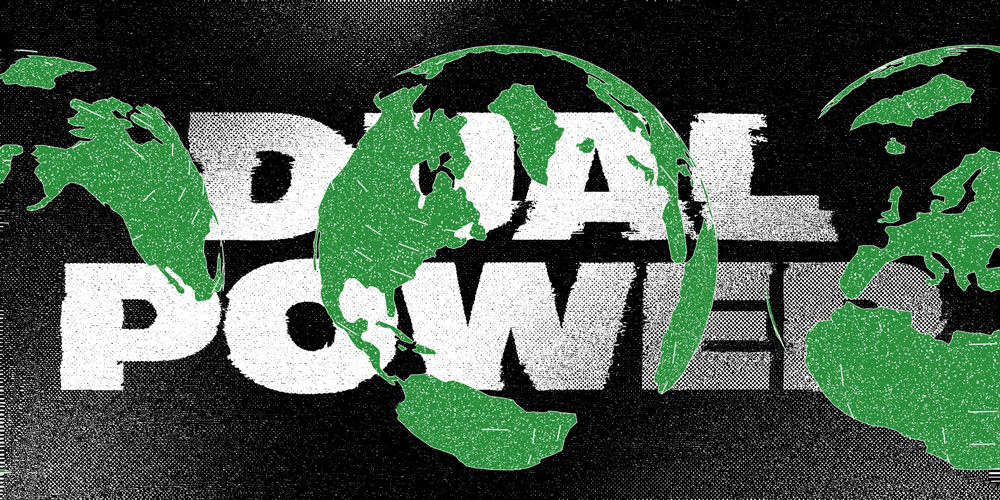 The Dual Power Map is a strategic jump-off point for those looking to build #DualPower against the oppressive power of the state and the exploitative power of capital.

Hilariously, in the weeks since posting this I’ve been abruptly let go from my job, in a process I will diplomatically describe as “suboptimal”.

I’ve decided to go freelance, and just pitch the work I want to do to places which want it. It’s not my ideal way of working, but having found so many different working environments (including co-ops now) which fall short of their aspirations or don’t really fit with the way I want to work, I’ve realised maybe I’m better off doing stuff on my own.

The moral of this story, or its analogy with music tech, is… completely unclear to me, sorry.

This possibly overlaps with other lines discussions on capitalism and left-ish politics, but I felt like it might merit a specific thread.

Many ppl in this day and age are self employed and some of these do have their own entity - company, brand etc. Technically these are not co-ops but irl there is just one person who does all the work and gets all the moneyz. I would say most of boutique synth manufactures are like that.

Oh cool! I made one of these in my GIS undergrad days. It’s offline and assuredly out-of-date by now, unfortunately. Glad someone else got round to it and with more gumption than I had for a final project in a 3 credit class.

Where are such retreats being organized? I would really like to learn more on the topic, especially practical implementations with a sensitivity to local and projects’ specifics, i.e. a locally-focused CreativeCommons netlabel.

Just wanted to ping this thread and say hi. I’m a new member of lines but have been part of a worker owned tech coop for some time. I’d love to connect with any folks interested in exploring these themes more, as well as ways democratic process might be integrated into music making.

Moog employees are attempting to form a union, which is very exciting & encouraging! It appears they’re primarily spreading information via Twitter:

I long admired Moog for the “employee-owned” label they apply to themselves but have recently heard from friends that framework is often not as revolutionary or beneficial as the name implies (i.e. workers may be able to earn stock as part of their pay/retirement package, but there will always be a board of directors holding majority ownership), so I hope to see more of this in the future!

I have to say that the “employee-owned” label took a big turn for me when I recently learned that they “own” 49% and obviously can’t get their opinions and ideas across, or probably they would pay themselves enough to make a living…
I should obviously check when something like that is claimed by a company, I guess I wanted to believe it and got naive… My bad.

One idea I’ve been mulling over recently: OpenCollective is a great site for collectivist endeavours especially around open source.

What about starting an Open Collective for open source sound initiatives? We could pool resources and offer bounties (Teensy 4 OC) and/or make grants.

I have to say that the “employee-owned” label took a big turn for me when I recently learned that they “own” 49% and obviously can’t get their opinions and ideas across, or probably they would pay themselves enough to make a living…

From what I understand Moog has an ESOP (employee stock ownership plan). When I hear about those they always seem qualitatively different than a ‘worker co-op’ where people are on management committee’s, etc.

There are relatively few worker co-ops of the latter kind in the USA, however there’s an order of magnitude more ESOPs.

I guess with ESOPs sometimes the intention is to slowly transition the full ownership to the employees as the owners retire.