I misread the thread title “Words in Music” as “Worlds in Music” and was disappointed a thread with this name didn’t exist. Though I’m a rank amateur, creating “worlds in music” has been the theme of most of my recording in the last year. I put out two short Bandcamp releases based on novels, in each case trying to evoke the worlds in those novels. I’m not sure how effective music is at world building v. making you feel stuff. What say you? Any examples out there? My own ideas were influenced pretty heavily by Bernard Szajner’s “Visions of Dune” album that was reissued a few years ago. It felt like he found an approach to world creation that wasn’t the typical “inspiring awe or unease” that you hear most of the time in sci-fi themed compositions. More recently Jóhann Jóhannsson’s Arrival score hit me in a similar way.

It’s hard to not immediately jump to sci-fi. Spaceships and synthesizers are BFF’s.

This may only be to the taste of Yes fans (any Yes fans around here?) but Olias of Sunhillow is, IMHO, a fantastic example of musical worldbuilding.

Olias of Sunhillow is the first studio album by English singer, songwriter, and musician Jon Anderson, released in July 1976 on Atlantic Records. It is a concept album which tells the story of an alien race and their journey to a new world following a volcanic catastrophe. Anderson recorded all of the music and vocals himself. In August 1975, the Yes line-up of singer Jon Anderson, bassist Chris Squire, guitarist Steve Howe, drummer Alan White, and keyboardist Patrick Moraz, completed their 1...

Here’s an interesting essay that may take this thread on a tangent (apologies in advance) cause the word “world” is one of those big, confusing, polysemantic words. Worth scratching our heads over nonetheless: 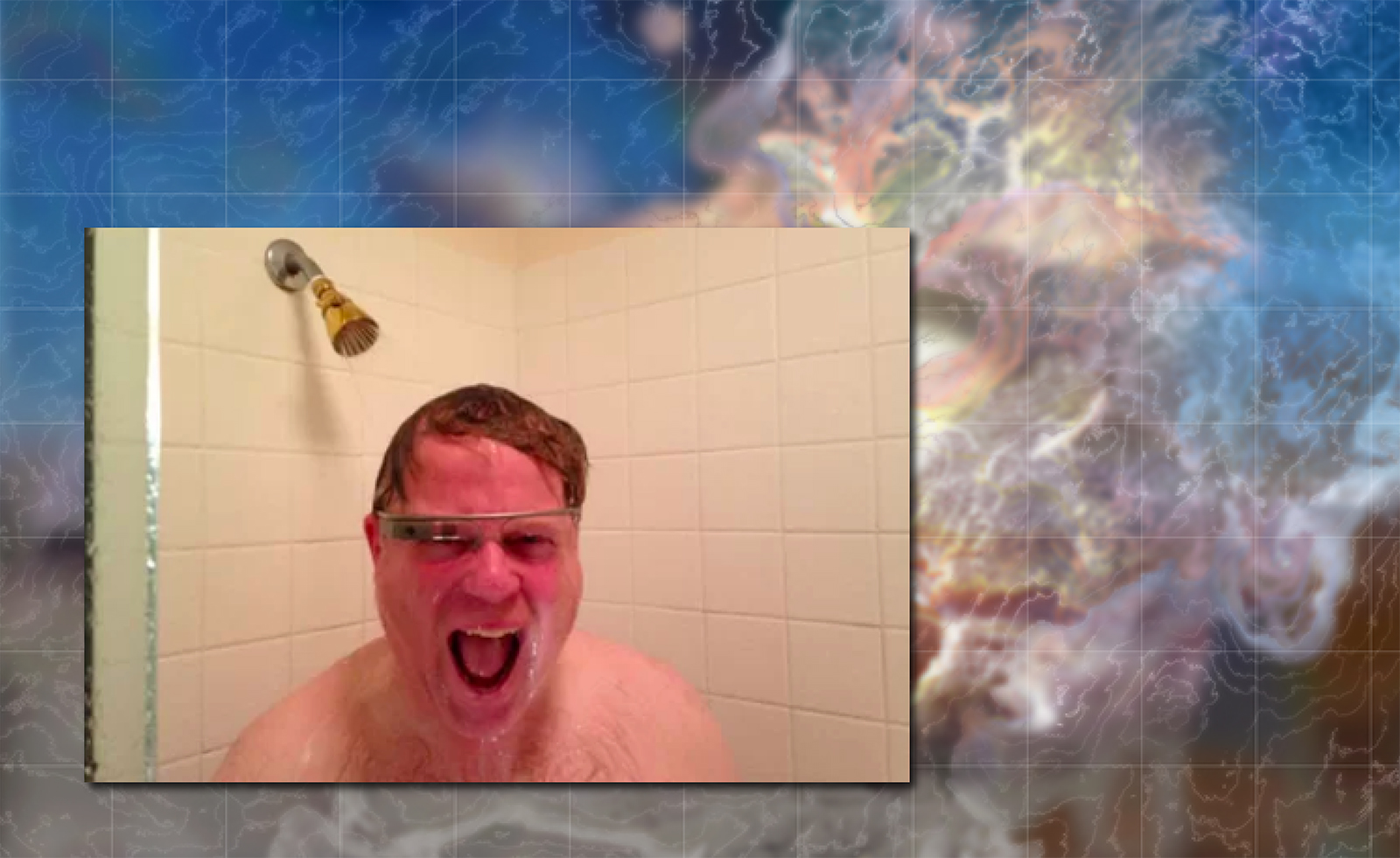 In 2018, do we laud our creations enough to call them worlds? As we turn the knob of a Breville BOV650XL toaster oven and scrape strawberry jam over the 1,000 nooks and crannies of an english muffin, are we vain enough to proclaim a new world? Our...

I’d definitely put Jon Hassell’s “Fourth World” music (and discourse on the topic) in the “worlds in music” category.

Came here to post that. It’s an interesting piece I’ve thought a lot about since I read it.

I don’t really have much to add or debate, other than I find it a bit hard to separate what’s considered positive from negative. I’ve seen Elysia Crampton live a few times, and I would describe what I saw as worldbuilding from a conceptual standpoint (there was projections, spoken word parts all tied into this dystopian trans alien war narrative). It was great.

The OPN example has stuff of performances that has annoyed me, which is the grandiose, super group stuff (I hadn’t heard of the other players but I’m taking the piece’s argument that they are big names in that world). I’ve seen plenty of live stuff in the past, and it’s definitely not limited to avant- grade electronic music, which the piece does review in a bit of a vacuum. I don’t have the framework to really understand the larger philosophical elements.

One literal take on “Worlds in Music” would be The Planets Suite by Holst.

Big Yes fan here, although for whatever reason I have never listened to this record…

any Yes fans around here?

Close to the Edge is one of my all time favorite albums and Chris Squire and Bill Bruford are two of my favorite musicians. (Topographic is OK, but I don’t like them as much when Bruford left).

I think you guys would really enjoy Olias!

The one time I saw them live, in the early 2000s, they played the entire Tales From Topographic Oceans suite.

Let’s not forget Another Green World by Mr. Eno…

i heard this album a lot as a child. I went on with Yes as a teenager and liked that band because of how full of details and small modulations their music was, and how vivid it was (mostly Close to the edge,Fragile, Relayer, and their very first album too). I’m not sure how much of Roger Dean’s art is responsible for the strange world immersion effect the music has.

As for my own practice, i think of transmitting (existing or virtual) worlds, making them conflate, revealing details in them, but again my stance is i make radio not music. By “worlds” i mean the real, the imagined (composer’s mind), the perceived, the inner of the listener; plurals everywhere since each evolves in “time”.

The article reminds me of the punk backlash to prog rock. Overall it seems like the writer thinks that Daniel Lopatin is letting his success go to his head (Red Bull/Live Nation money doesn’t help)? Or maybe it’s too sci-fi for his tastes? I think Lopatin has always been about creating imagery, not just music.

I don’t see any inherent issues with trying to create an immersive experience for listeners/concert-goers, but maybe the sci-fi or fantasy elements can turn off people who want to confront other themes or issues with less escape?

@analogue01 I skimmed this piece trying to find the point, but ended up closing the tab thinking something along these lines:

I probably should have read it more carefully. I’m sure there was something interesting in there, or you wouldn’t have shared it? Because, I sorta feel like I’m yukking your yum, and that wouldn’t be right at all.

That was an interesting article, dense enough that I’ll have to take a second run at it. The most interesting aspect of this discussion for me is manner in which music and language share the ability to be descriptive, but are profoundly different from from one another. They allow or guide the brain to create and build worlds (waxing a little matrixesque by citing Simulation & Simulcra). Stating the obvious Music, for me, evokes space and feeling in ways the writing doesn’t, but writing with its incredibly dense detail, can create literal spaces for the disassembly of a carburetor to The Lord of the Rings. Which, of course, makes me wonder what, “Music to guide the disassembly of a Carburetor” might sound like…

re:op i feel obligated to invoke coheed and cambria, a band that began as a comic book

The language in the TMT article doesn’t really do the ideas any service. I think of it like this (and maybe this isn’t what the article means, but whatever):

Speaking strictly about the western art music tradition, music in the late 19th century tends to always have narrative/metaphorical meaning, often cause it’s written for dance/theater/opera. The theoretical aesthetic high-point of this tendency is Wagner’s total-work-of-art, the synthesis of all art-forms, but also the complete immersion of all the viewers senses to the art work. I think we could easily call this “worldbuilding” and it’s no surprise that it coincides with the height of European colonialism: the literal building of one actual “world” over many.

After that you get various 20th c. avant-garde movements that resist “worlds,” narrative and theatricality. From Stravinsky insisting the music has no metaphorical meaning, to 4’33 making the music about the real world (the concert space, the actual audience) and not a fictional space, to music concrete insisting one listen to recorded sound without considering a referent. That all happens as European colonialism starts to collapse and we get the rise of American and Soviet superpowers.

Now we live in a postcolonial world where superpowers are collapsing and there is a proliferation of new artistic, political, social, personal identities and “worlds.” There is now also a firm tradition of anti-narrative avant-guardism and most “experimental” music these days seems to be interested in mixing ideas from that tradition with new narrative/theatrical marginal and alternative world-building.

I hope that makes sense.

To answer the OP: some of my fav worlds in music are made by bands like Kraftwerk, Drexciya, Devo, The Residents.

I think Space Dimension Controller’s Welcome to Mikrosector-50 does an incredible job of creating a story and aworld, if a funky/campy one. Maybe a little more literal than most people are taking this question, but I’ve really enjoyed that album on those terms.

Are there any other pothead pixies in here?