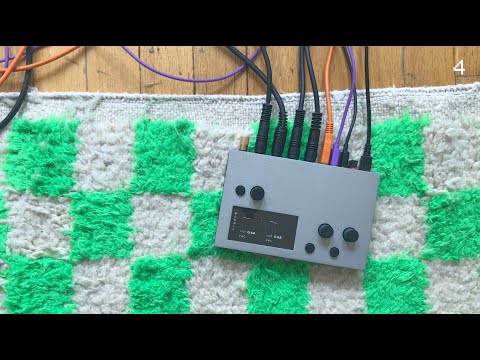 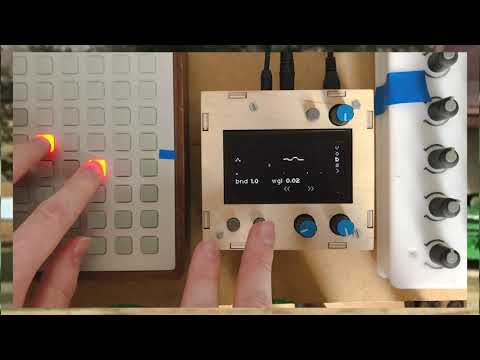 head to norns.local + click on the books, tab over to available, then scroll way down to wrms & click install

(those updading from v1 may need to remove & reinstall) 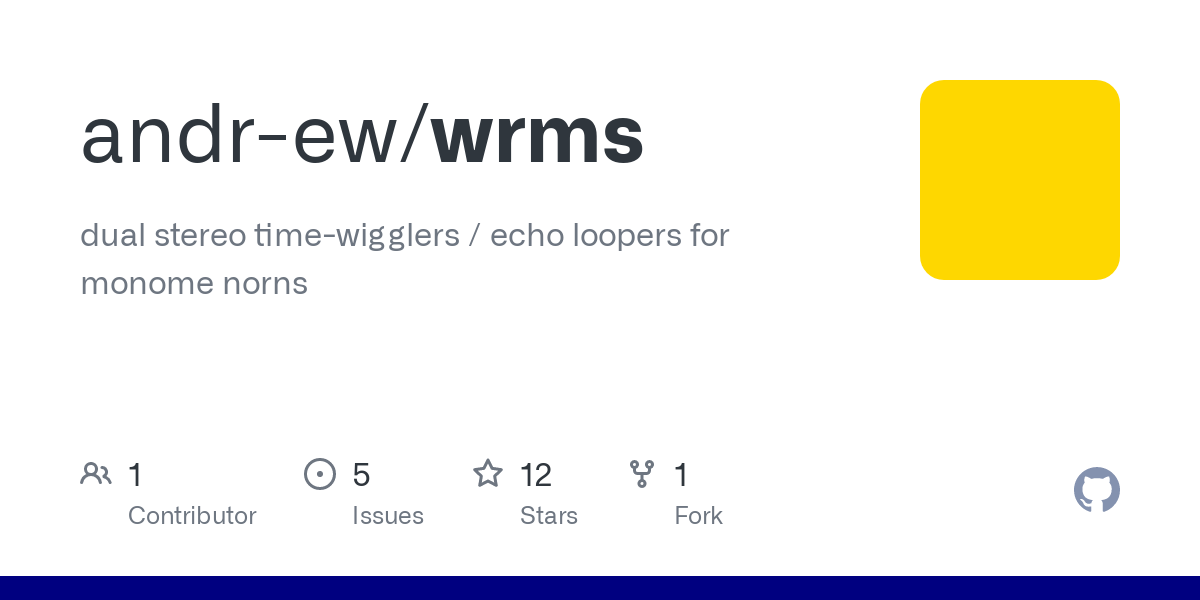 Cannot wait to try this! Documentation 10/10!

i don’t have norns but this is so gorgeous mister andrew. mad inspiring.

Can’t wait to give this a spin!

you get a medal for first animated norns interface gif!!!

it is pretty cool tho

it could reallllllly use its own version of share

This is awesome! I noticed one bug though, when repeatedly pressing K3 on the S section, there’s eventually a really short high-pitched sound coming out after which all audio input is dead and Norns had to be rebooted to get audio inputs working (even changing to a different app didn’t help). I tested and managed to freeze it three times.

I ran in to this as well. Another thing I noticed was control input lag when the wiggles were heavily modulated. I suppose in some ways it is better that control input is delayed rather than dropped so that you can still navigate back to the menu and reboot norns if that problem arises.

Very fun script though! Once again got distracted playing when I meant to work on studies.

I promise that I’ll contribute more than “hey I found a weird thing” at some point.

did you pitch up, like, many times ? there’s an upper limit that will crash softcut. i can put a limit on the value but i need to test what that limit is

@coreyr are you on vanilla norns ? i think this might be a cpu load issue - i haven’t run into it on my shield but i believe i have more cpu. had one other person with vanilla run into it. i think if i decrease the softcut poll rate that’ll help mitigate this

I am on a 3b+ fates on the most recent forked norns image. I was pushing really hard, recording to both buffers and doubling/halving the rate back and forth rapidly. It was outside of my likely use case, but I like to see what the boundaries of useful parameter mangling are with new effects.

you should be able to make quite stable oscillators just with loop length, which has no lower bound. rate modulation has a hard upper bound. (== available history in interpolation window) which is 64.

i need to test what that limit is

the rate limit is +/- 64. rate setters should be clamping but i’ll check
[hm, seems that they’re not, so i will add that.]

yea I have polling fast (= 0.01s) essentially because I’m using the position from the poll to set loop_end in the loop-pedal punch in style. so in this particular case poll rate = loop accuracy. the thing that might truly be slowing it down though is also slapping redraw() into that poll which definitely would be better off in a slower metro. that’s what I was going to try next

definitely decouple your redraw from the other stuff as a first step. probably a good rule of thumb is to always have redraw running from a dedicated metro.

and my gut reaction is that the described use of the phase poll is not a robust or efficient architecture for the feature.

if rate isn’t being modulated as loop is set, just measure time since setting loop, and multiply rate, no need to involve the backend.

for when rate is being modulated as loop is set, i think we should probably add something to the backend to make this a realistic goal. i see two options:

both are simple, but it’s monday and i’m doing day job stuff for a while.

oh but, [update] since you say 0.01s, that should be fine. but if you’re talking about the phase quantum, then remember that you need to multiply rate to get actual update speed. so if rate = 10x then you’re in trouble. that’s what i mean by “not robust.”