Per MOTU specs, only outputs are DC-coupled…

Big +1 for the ULmk5 for iOS. I mentioned it here previously, but a huge benefit to it is the virtual USB bus, that allows you to internally route anything streaming on your iPad to any audio host app. This is amazing for non-auv, or just general apps, like radio garden, or even YouTube/ Spotify. That, to me, justifies the MOTU alone (it also sounds great and is super flexible).

Are there any other class-compliment interfaces with this feature?

These are great. I own one of the smaller versions but I’ve used this 6ch before and i really like the design.

A warm thank you to all who replied and made suggestions. I bought the M-Audio second hand for around half the store price (140 universal credits). Fun fact: hours after I bought it, someone offered a used Motu Ultralight MK3 for about the same price. Too late.

After quickly testing the M-Audio I can say the following: 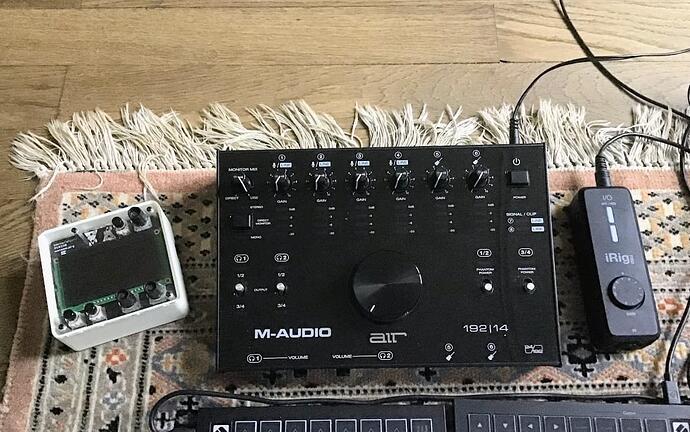 Man, seeing this, I’m inspired to get this again. I really like that controls are on top and that you can just run it as a simple mixer without the host device (iPad).